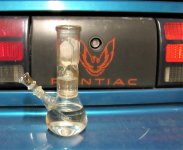 
I think all drugs should be legal and taxed. I don?t give a **** if someone ODs on drugs. That?s their Prerogative.... and that is coming from someone who lost his sister to heroine. People are going to always do what they want to do.

Live and let live as long as you don?t infringe on my rights/freedoms while you do you.

I use to have bong with a 6 shot rotating chamber. Looked like this attached to bong. 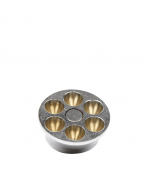 Nice...looks like a real smooth smoker. I've got a larger glass
pipe that I used to cascade 2 more bubblers off where the bowl
would attach. Made for a real nice smoke, but it was a bugger
to clean.

The pipe I use now (in the pic) I've had for about 6 years, it
smokes well, and is simple to maintain. I need a new bowl though,
as this one had a piece break off from the bottom of the bowl, so
now it's about 1/2" round hole. I use a good screen, and hit it easy
unless you really hate your lungs..

Idahodutch said:
I don?t use it very much ..... I always seem to load it up too full ... then choke.
About the only good thing with a hit that?s too big, is it can really loosen up the sinuses.
Really breaks loose the crud in the nasal passage. Nice for a little while

Nice to know I'm not the only one that has sinus melt-downs.....

I prefer grinding my bud and rolling joints as they are generally easier on the
lungs. Every once in a while, (meaning daily), my lungs that were
relaxed and enjoying themselves suddenly decide that the smooth bud smoke is
in reality Satan's sulfurous smoke rising from the depths of Hell..

The lungs just aren't having it..and fight back, trying to expel the
vaporous demons. The brain jumps in to help, and fully opens both
sinus valves in a hopeless effort to wash out the invading hoard of
evil mist.

When the lungs finally suspend their attacks, and the body
begins to yield..I look around and there are countless kleenex in the
bin. Not completely done yet (but I know the end is near), the body
makes a final offensive effort of four or five powerful sneezes, sending
me right back to the kleenex.

Then there is peace. 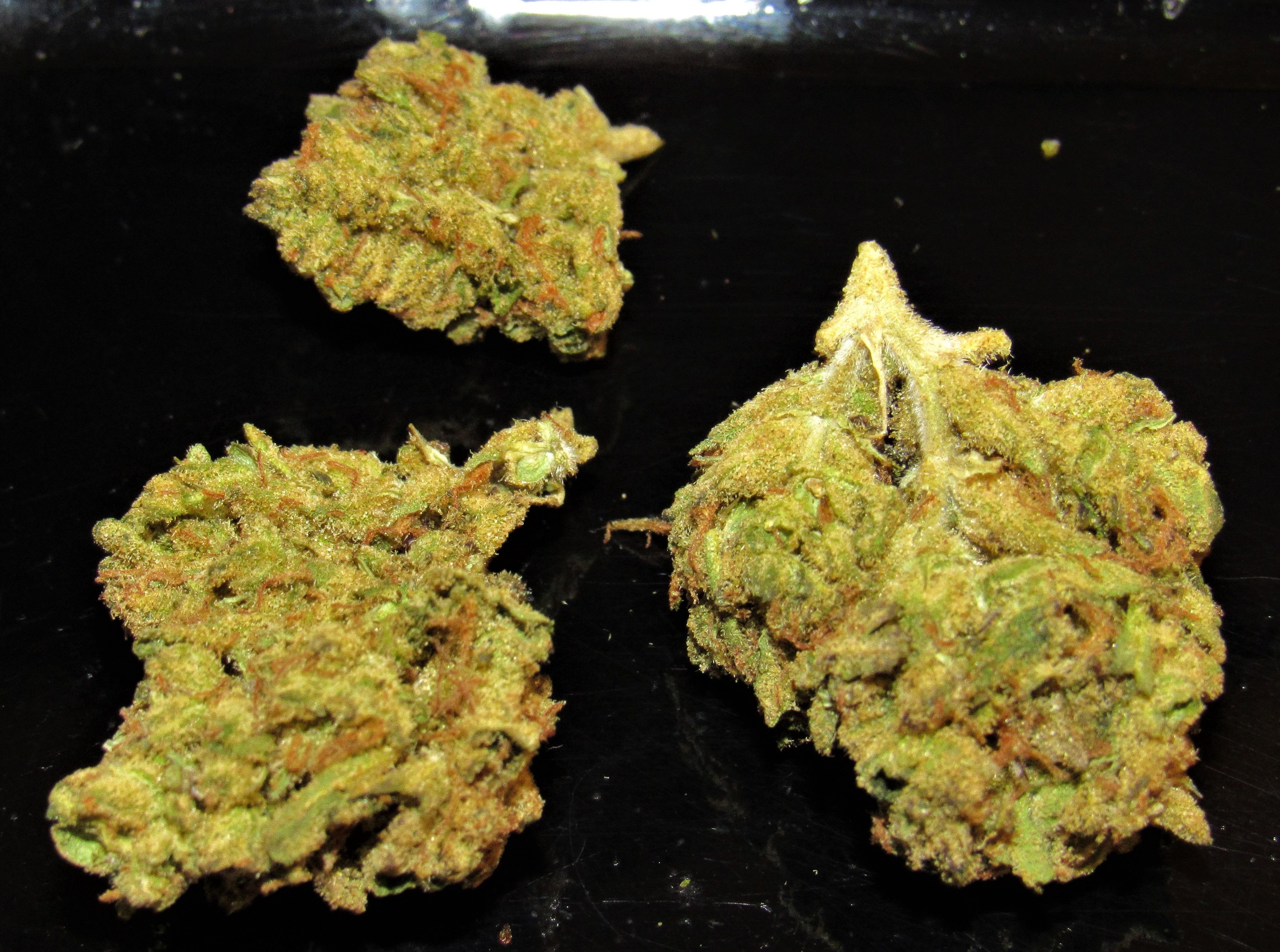 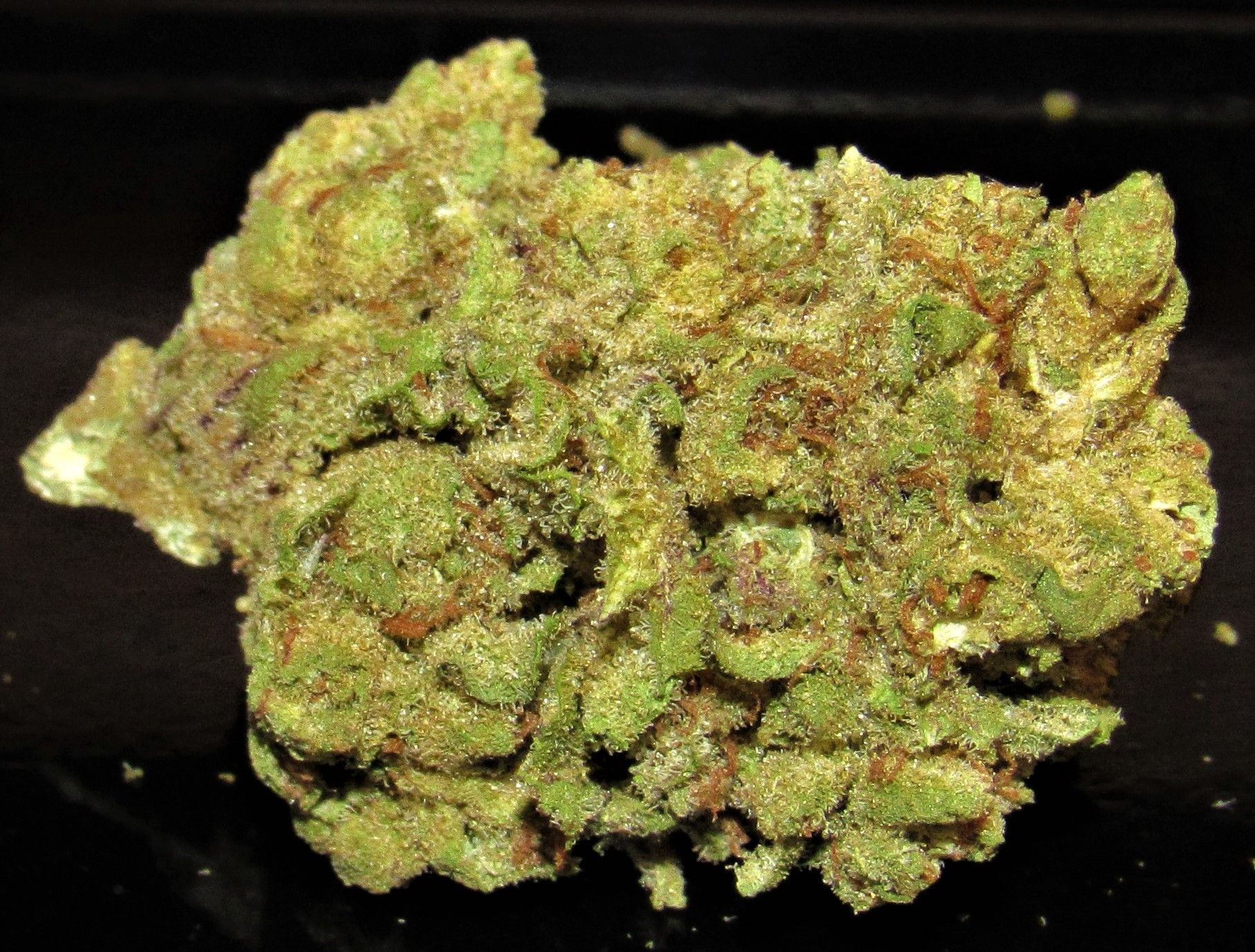 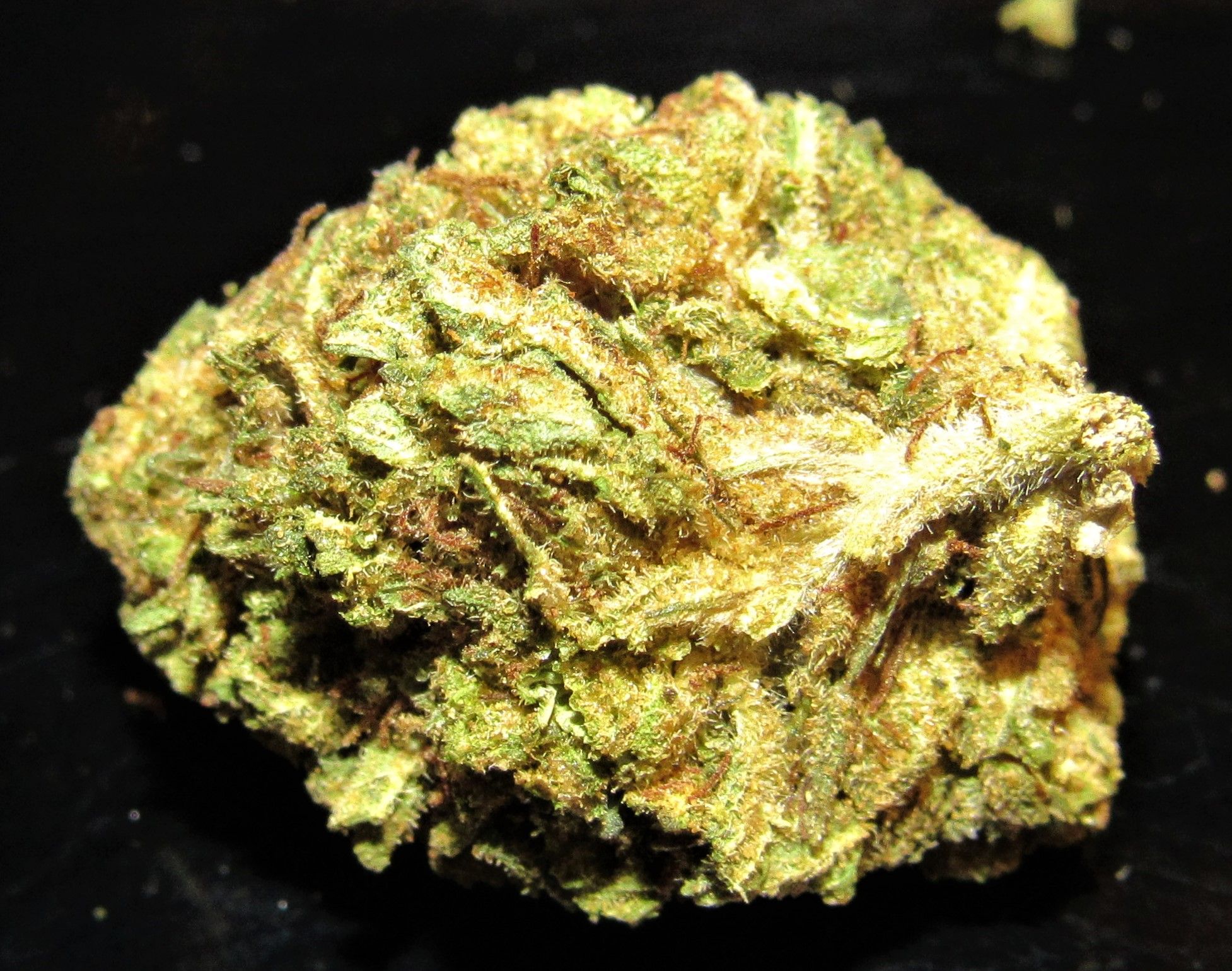 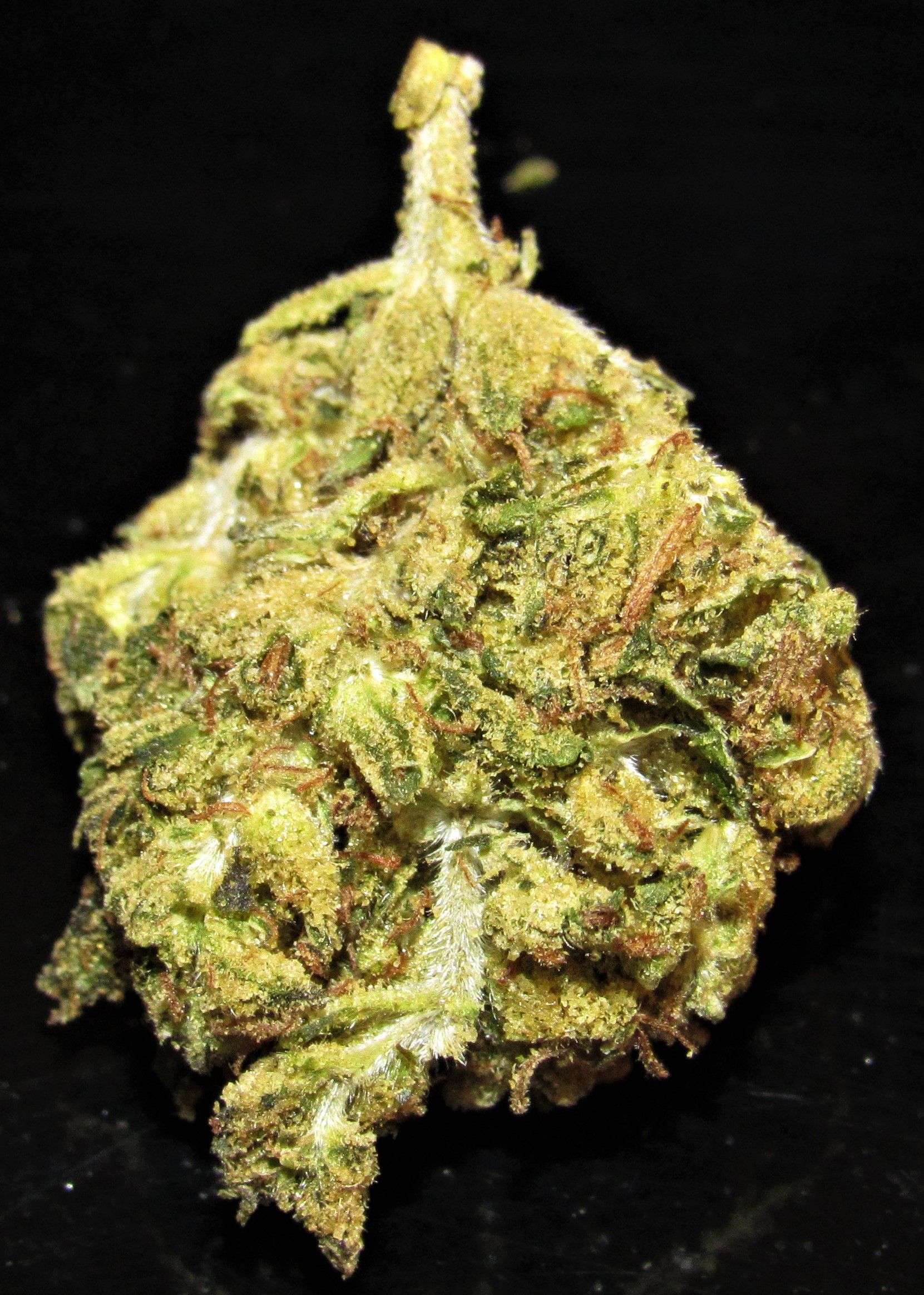 I’ll take it. Send some down.

All i can say is i am 81 years old and never even smoked pot never took drugs and i do not think i missed any thing.

Keppy said:
All i can say is i am 81 years old and never even smoked pot never took drugs and i do not think i missed any thing.
Click to expand...

I'm 67 and yes you did miss something but it is not too late. Just sayin' lol
S

beerguy said:
Bryan, I disagree that it should be compared to alcohol. Alcohol is way more destructive IMO.
Click to expand...

huntsman53 said:
I understand what you are saying but one cannot overlook the fact that probably 3 out of 10 people have reactions that are different than the norm. To not realize or ignore these facts to be true, then a person is likely burnt out. Some folks get a high, some get a buzz and get the munchies, some just get at ease and laid back, some fall asleep, some get paranoid and with some, they want to try something stronger. It is the latter that truly bothers me as I lost a great friend and comrade and some other friends went on to being Heroin, Cocaine or Crack Addicts.

Now that Marijuana is legal in some States and other States will likely follow, what happens then when folks start ranting about legalizing Heroin, Cocaine, Crack, LSD or some other illegal drugs. Yes, legalizing Marijuana takes the control of it away from the Drug Dealers but they only move on to dealing stronger drugs or gun smuggling, if they haven't already done so.

"I always thought reality was for People who couldn't handle Drugs"..Tommy Chong.
S

kcm said:
Now do the same figuring for alcohol.

Now do the same for spilling coffee or dropping your sandwich or texting while driving. Is not illegal to drink coffee or eat a sandwich while driving, yet those two things have caused lots of accidents. ....It's kinda like the "gun control" debate, even though there is no gun in the world that is dangerous in the hands of a "normal" person. It's the maniacs, haters, killers, abusers, and wrong-doers in general that give guns a bad name. It's the people who dig holes they don't fill in that give MD'ers a bad name. Likewise, I believe it's the people who "abuse" pot that are the cause of the accidents you mentioned. Some may just be accidents - like dropping one in a lap, then squirming around trying to get it while traveling back and forth across 6 lanes of traffic going in 2 different directions.

My wife was permanently injured in an auto accident - actually twice. Once from a drunk driver, another time from a woman putting on makeup while driving. I do not take your comments lightly!! But for people who understand that it is a mind-altering drug and don't cross that line, ......I've been a harda$$ most all my life when it comes to drugs. Had a sister who got into drugs really bad. She used and took advantage of my folks to the point where I finally disowned her. Drugs have had a TREMENDOUSLY negative impact on my life!! There's nothing I would like more than to see all of these mind-altering drugs just up and disappear!!

Now realistically, I also have to acknowledge that there are LITERALLY millions of people in the US at any given moment who are using pot. Many of those people are going to be stoned. Some will have pot laced with even worse drugs, and/or mixed with alcohol (I'd also like that to disappear!). But as mentioned, marijuana is a natural plant that has been placed on this planet by God. It is up to each and every one of us 1) whether we use it and 2) whether we abuse it. That's the difference between pot being "evil", an abused substance, or just another substance in nature.

That said, I'm sure God didn't put marijuana on the Earth with the intentions of us rolling it into joints and smoking it. All boils down to where you draw the line. Yes, it's a natural substance, but no, it's not "meant" for getting high. That's just the primary reaction of using it.

Sorry if I've started rambling. Has been a long day and WAY past my bedtime!
Click to expand...

Molewacker said:
Nice polite thread which I enjoyed reading - and the OP story was a hoot!!!

Alcohol is verboten to me for medical reasons, so have enjoyed herbal relaxation for years in moderation to unwind.

I found MDing while mellow that it slows me down, not trying to cover a acre a hour - which leads to better coil coverage.

But then I find myself at the riverbank watching nature happily - so not as much time swinging the coil.

I don't think I would be as relaxed about it if I was not living/detecting in the sticks. City MDing, I would want my creep radar on high, so pass on mellow.

What NEEDS to get done,gets done...
S

enamel7 said:
Regardless of moral compass, yes technically it is wrong to want to get high. It just means you've got nothing better to do. That argument says it's ok to do crack, meth and heroin. After all, the addicts just want to "get high". Kinda like people that curse in every sentence. Research says they do that due to a limited vocabulary. People that feel the need to want to get high do so because they have nothing better to do. I know because I was once one of those people. Then I found true happiness. Don't get me wrong, I'll have a few drinks on special occasions. It's just I don't have to do it on a regular basis to take the edge off. I don't need to pick up a 12 pack every day when I get off work.
Click to expand...

Tell that BS to the Hindu Holy Men.(Sadhu)

RustyGold said:
I’ll take it. Send some down.
Click to expand...

Should be legal down there brah......

Oddjob said:
No mate, you will never hear any pot head bashing from me or anyone working on my Team. We work serious crimes, those guys that work dope I have never worked with. I just can not see putting a law on something that grows natural. Be like telling me I could not fish anymore. Just some law from folks who could not find a way to tax back in the day.

We do have our share of u tight folks where I work though, in the EU Snuff and Chew is illegal. Because it causes cancer, but smoking all in public is just fine. I have even had a few tards with the sack to try and tell me chew is illegal, even had a customs Officer in Germany try to take my chew once. I chewed his butt out right there and shoved my creds all in his face and let him know that we could create a very big problem right here and right now, and when it is all said and done his DA will being telling me he is he sorry while I eat my Redman.

But yes Pot is looked at one of two ways in Italy by cops. Either they are very serious and hard on smokers or they just do not see it. Normally the guys who have jobs that put our lives in danger just do not care.

Me I was just shocked. This guy had me cracking up with the stuff he was saying. So he smoked a little pot, the only threat was his own hydration level but I gave him some water. 9 miles down the beach; man I wish my CTX 3030 battery would last 9 miles of grid searching and surf searching. Too stoned to dig his finds, I was cracking up.

Can knock someone on holiday just enjoying life and nature. I wish half the pricks we went after smoked like this guy, geck I would be out of a job, they could send those winers in HR to arrest terrorist then. LOL
Click to expand...

I haven’t toked any in years. “I just can not see putting a law on something that grows natural.” - this reminds me of an old bumper sticker that I recall seeing -

fistfulladirt said:
Shouldn’t have to smoke 3 bowls, one pull should do it. I miss those days, long ago. It must be me or my tolerance level, I’m not a big smoker but I’ve not been impressed by any product from a local dispensary, or any herb grown by friends or acquaintances. I’m not a novice, back in the early 80’s I was growing beans direct from Nevil Schoenmakers @ Cannabis Castle in Holland. Some others I know are saying the same thing lately about potency.
Click to expand...

I remember that Guy,from the High Times mag..Pictures of him counting his Money.Back then,it was "Cash Flys" 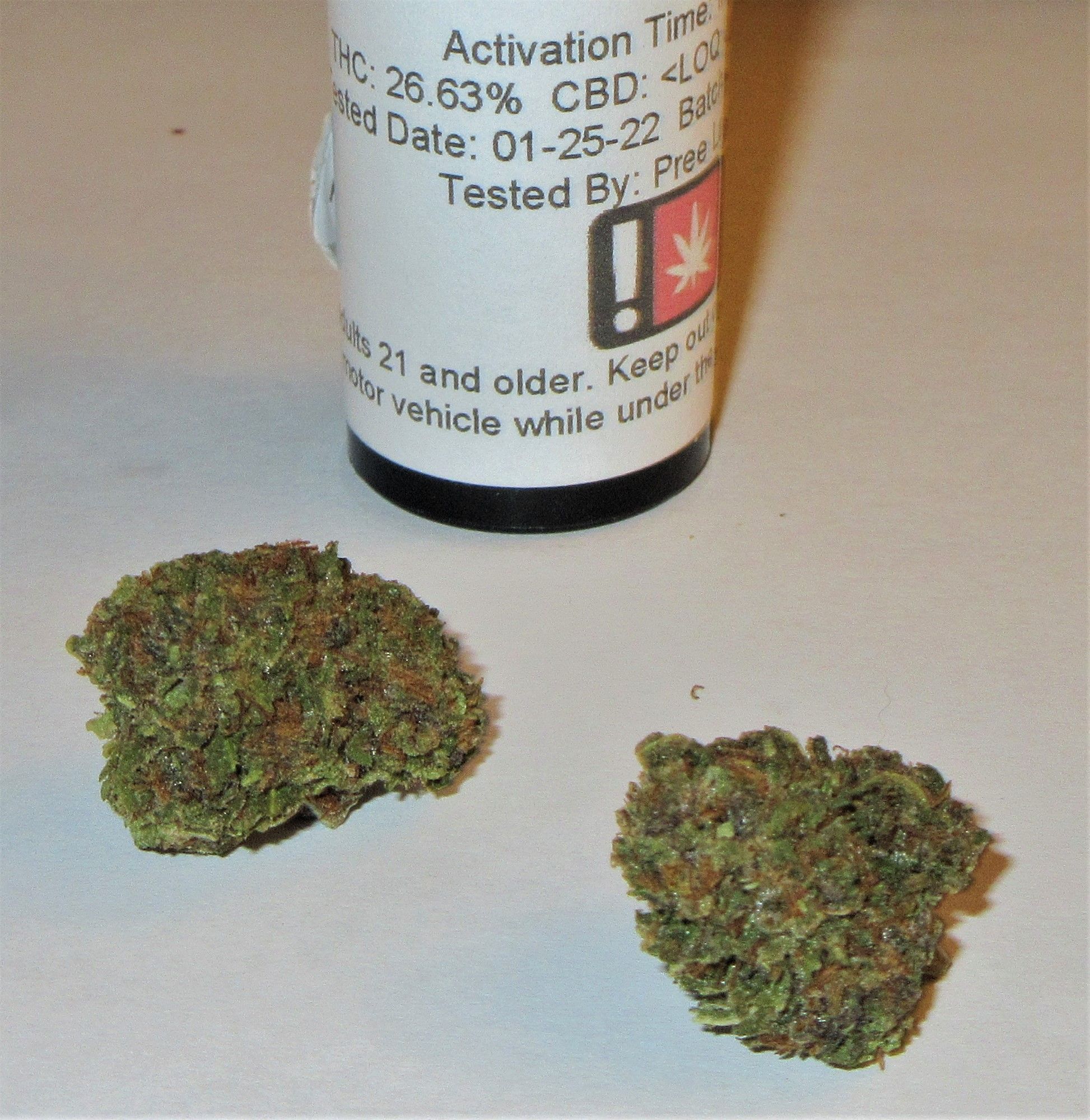 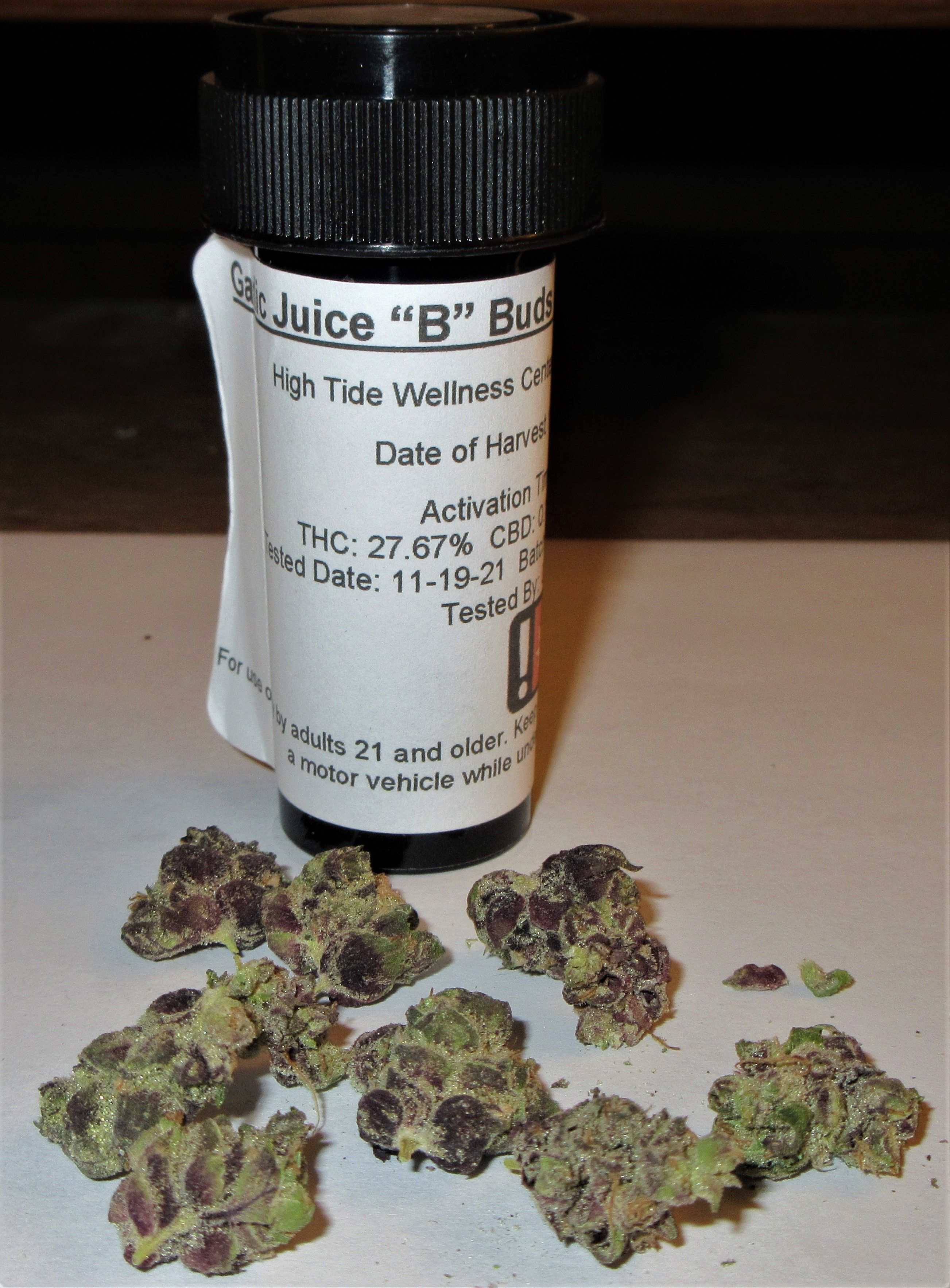