Tesoro Outlaw On The Rampage

Yesterday I spent most of my detecting time out on a soccer field swinging my Vaquero with the new Clean Sweep coil that I just got. It worked great! No gold rings though. As usual, I spend some time after each hunt looking for a new place to detect. I come upon a house that was built in the early 50's that was not occupied that had a for sale sign in the front yard. I called the number on the sign and got permission to detect the yard.

The owner warned me that the yard was loaded with nails. I told him that Tesoro has one of the best discriminators in the business and I wouldn't have any problems at all with the nails.

My only back-up detector with me was my modded Cibola with the NEL Sharpshooter coil attached. Right off I found a Rosie dime in the grass next to sidewalk, 12 wheat pennies and some clad coins. That's not a bad start. I detected for about an hour and decided to call it day since I was already wore-out from swinging my Vaquero at the soccer field earlier and it was getting hot out.

I got back to the site around 7:30 this morning armed with my Outlaw with the 5.75 inch concentric coil attach. I set the discrimination at its minimum, which is perfect for a site that is loaded with nails. My very first target that I found was a Washington Quarter in the grassy area next to the driveway. I knew that it was going to be a good day!

About halfway through my 3 hour hunt, I decided to switch to the larger 8 inch doughnut coil since some the coins that I was digging wasn't giving a good strong audio signal. The 8 inch coil was easily picking coins right out of the nails. I dug a few holes where a pry cap or nail would be the first out the hole and I knew that wasn't what the Outlaw was sounding off on and looked further and found coins.

I ended up finding 72 clad coins, 90 pieces of trash, 24 wheat pennies, 2 Washington quarters, 2 Mercury dimes, 3 Rosie dimes, and a War Nickel. That's 194 targets in 4 hours of detecting in a grassy area that's only 40 feet by 60 feet wide. I haven't touched the backyard yet and it's 3 times larger.

I talked to the owner again today and told him that I was having a great time and I felt like I needed to do something nice for him. He told me there's no need for me do anything and for me to spend as much time as I needed to detect his home. 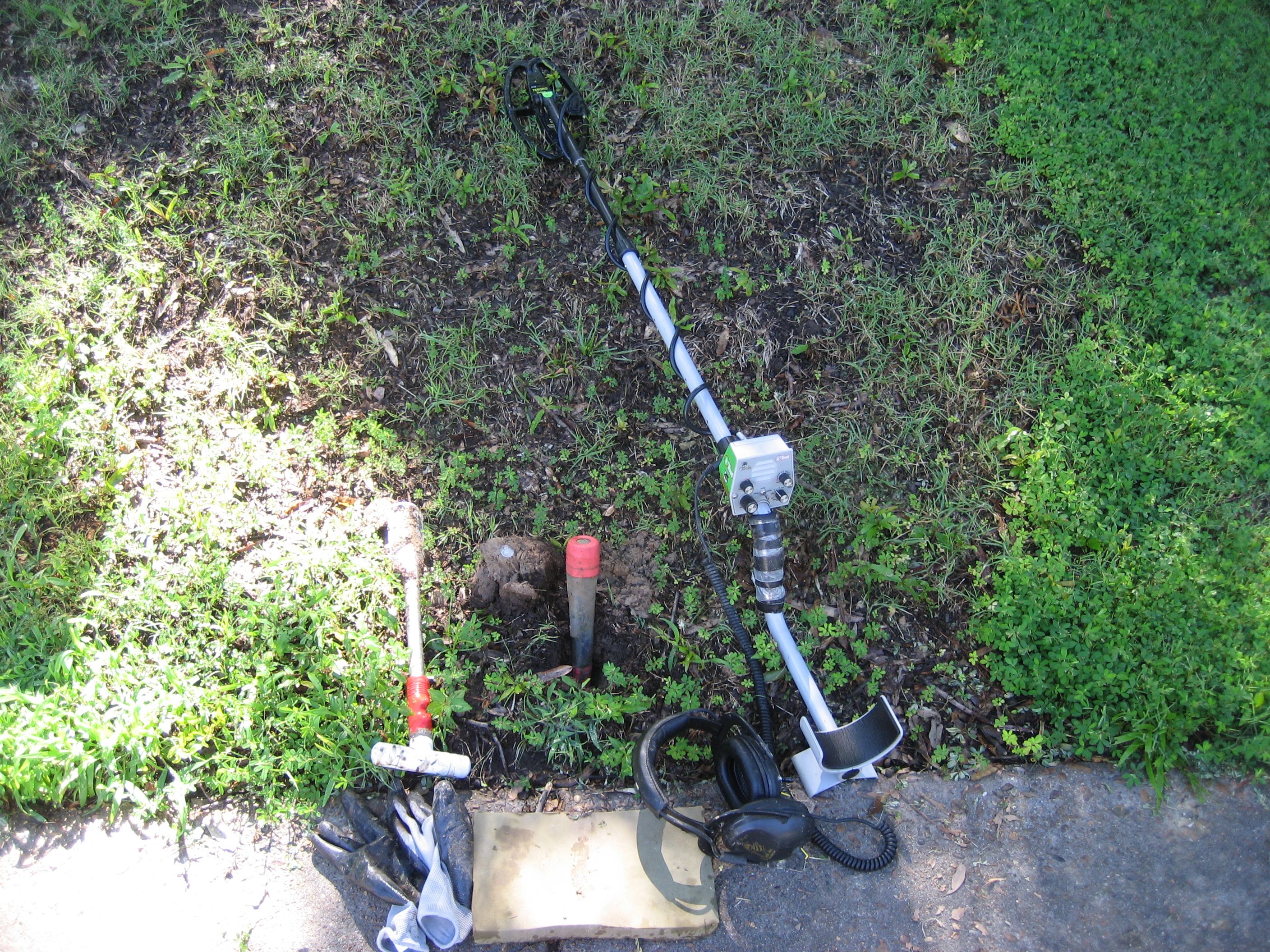 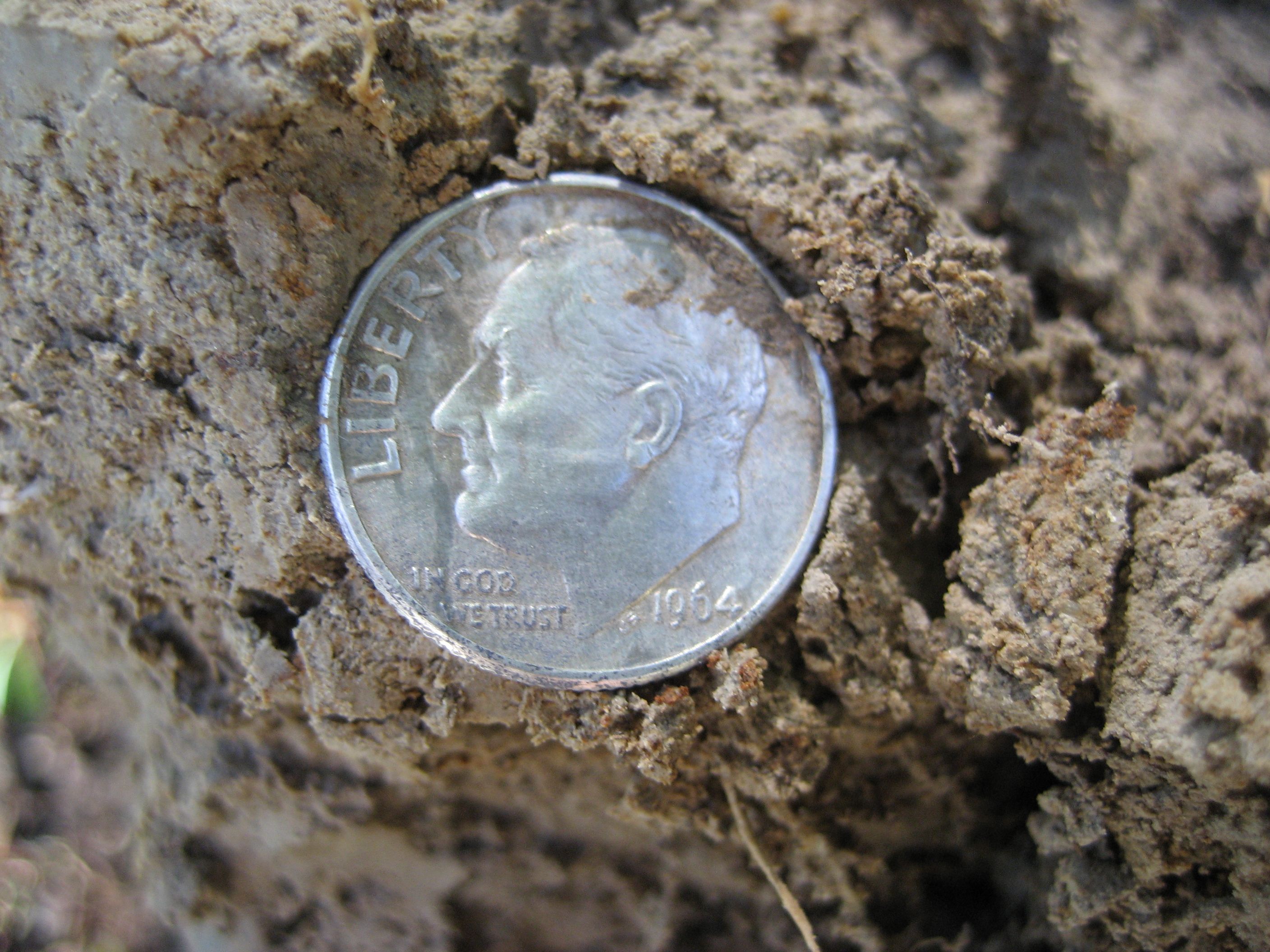 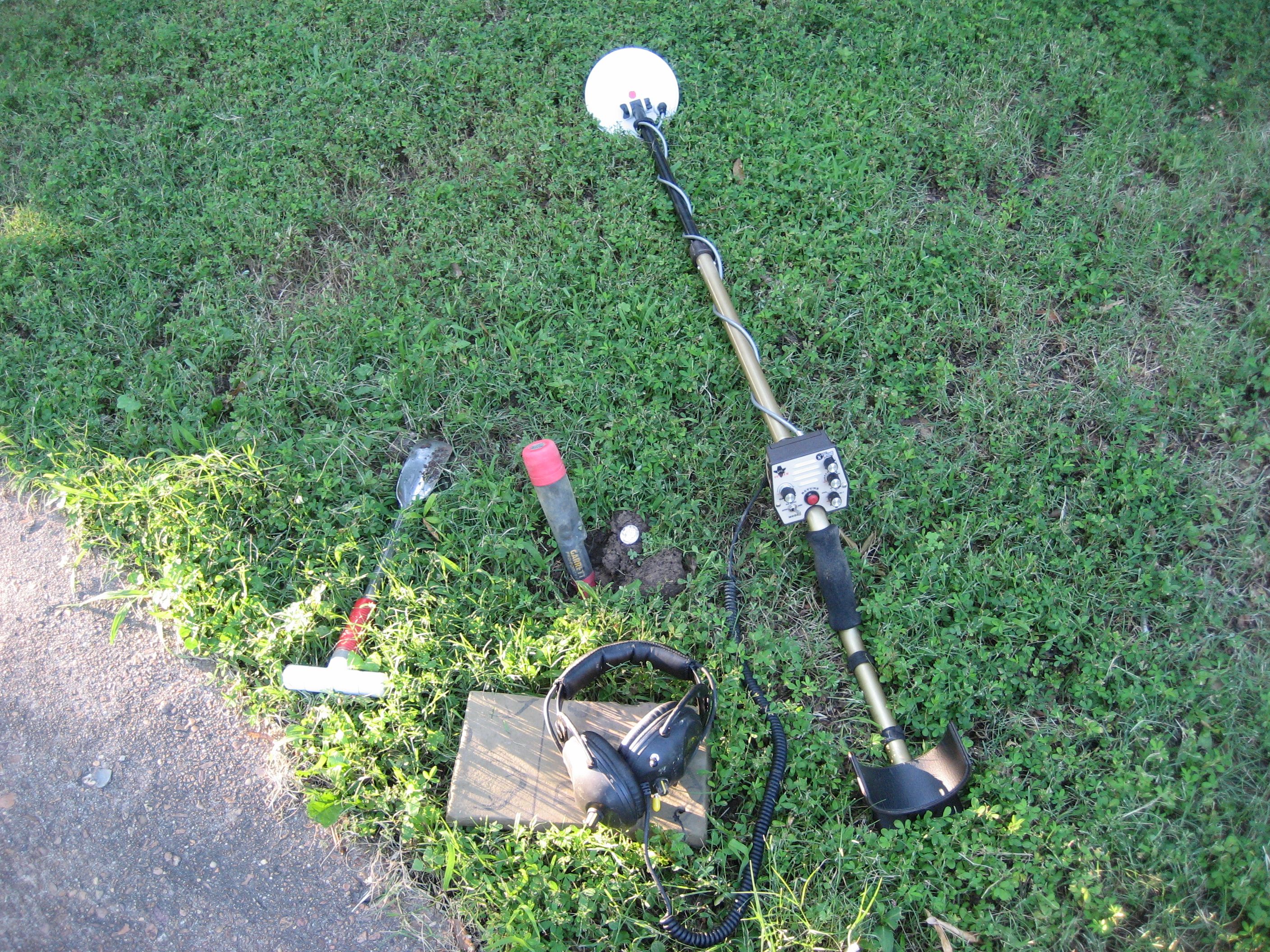 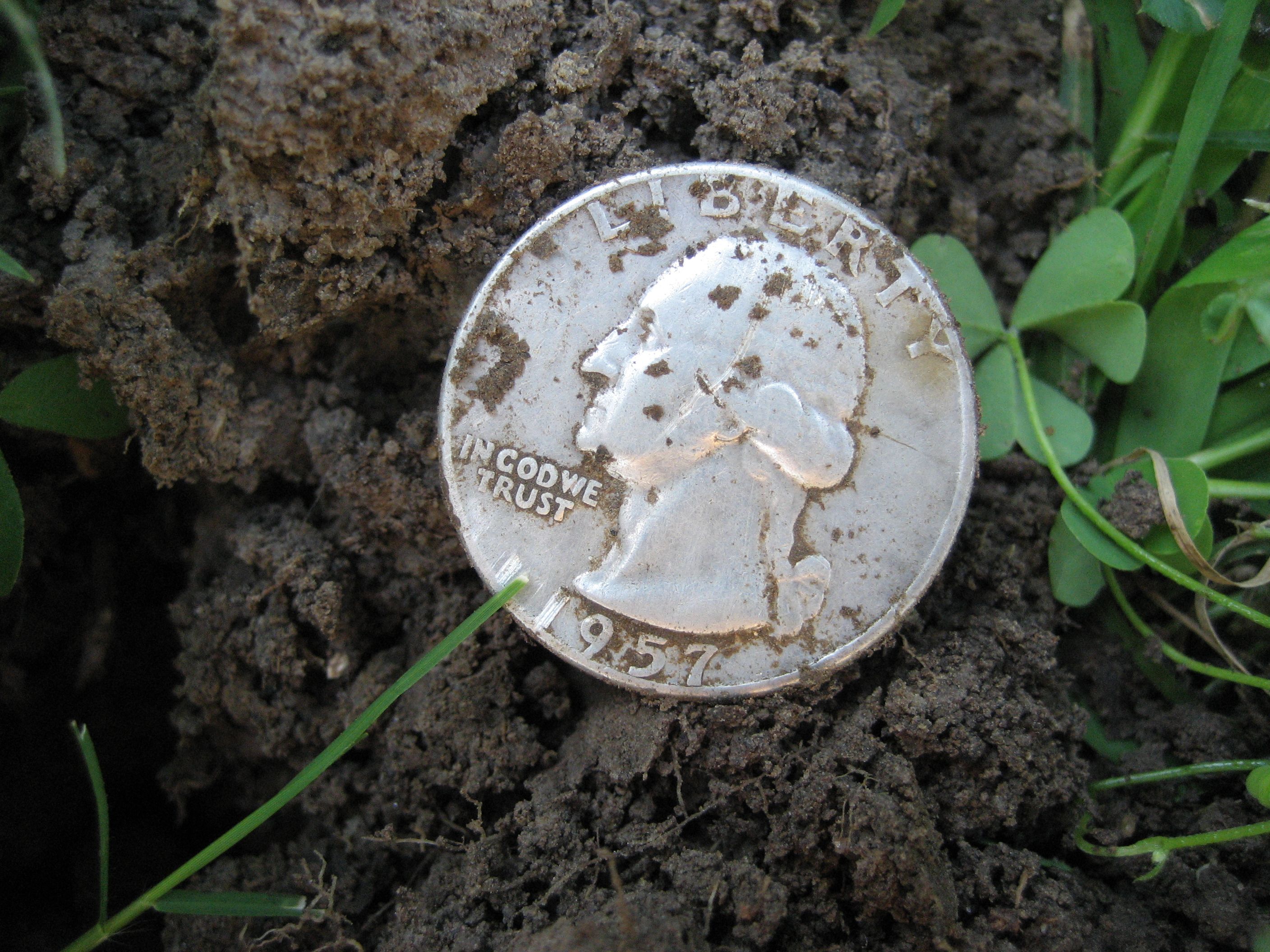 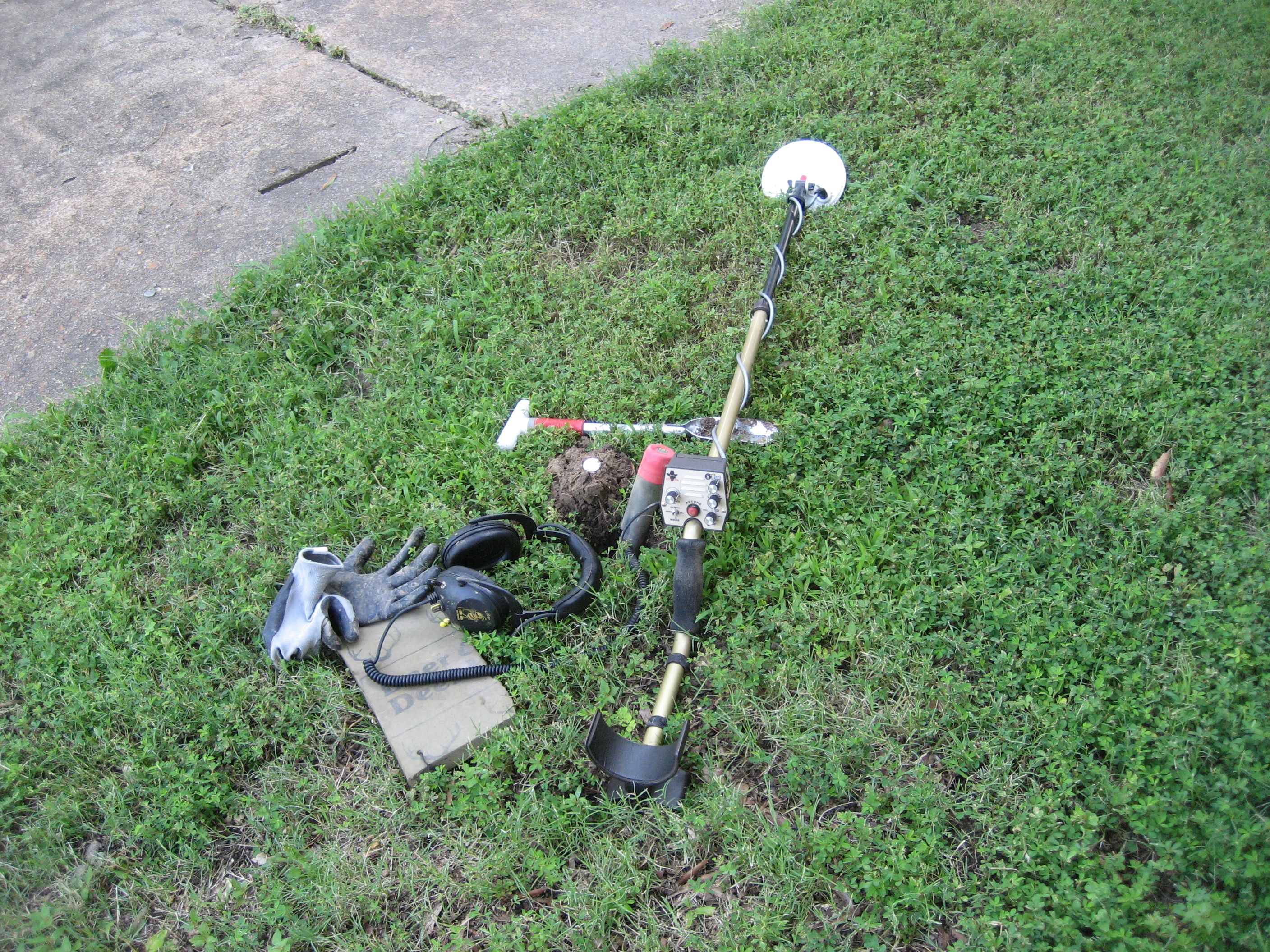 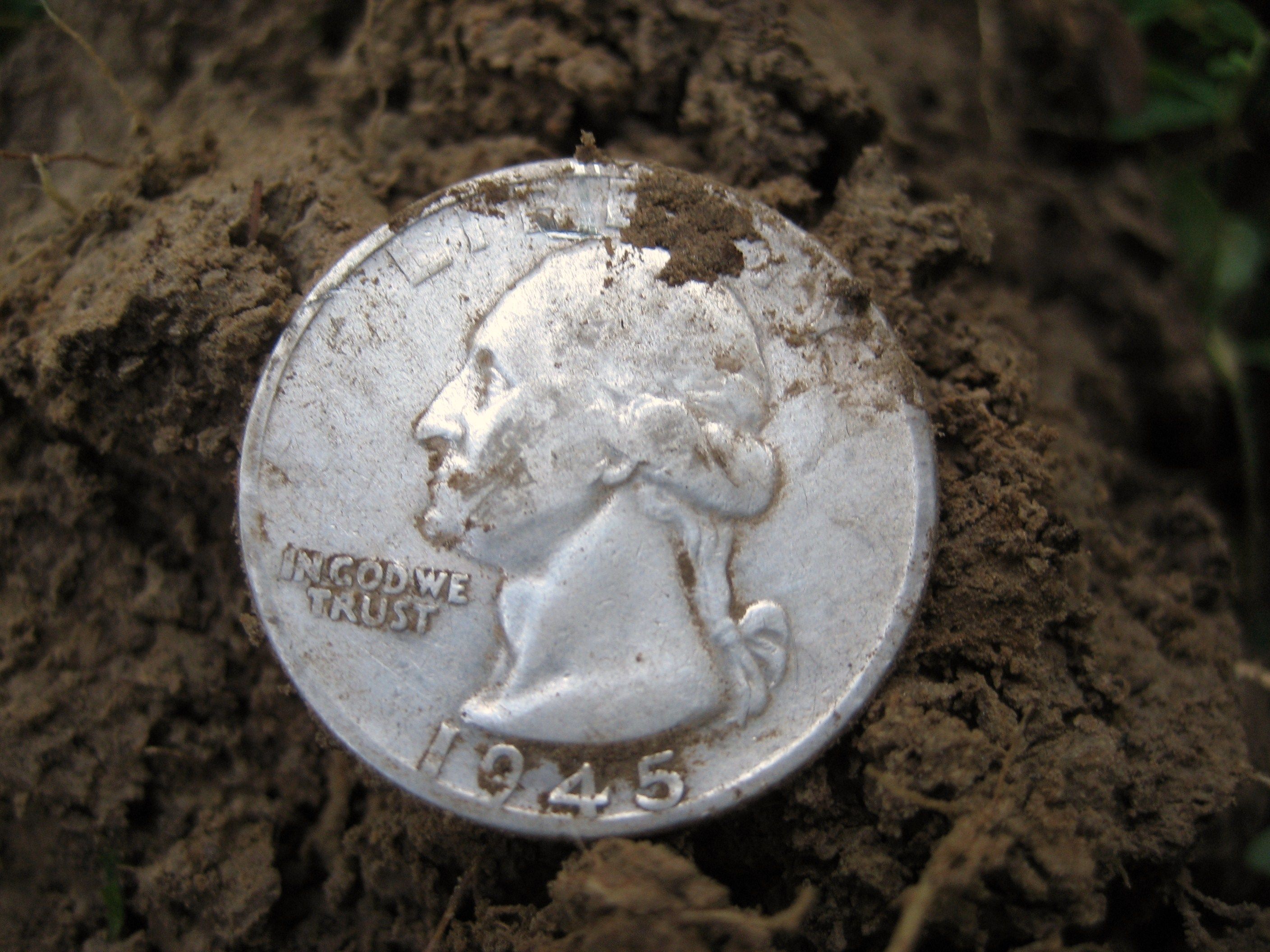 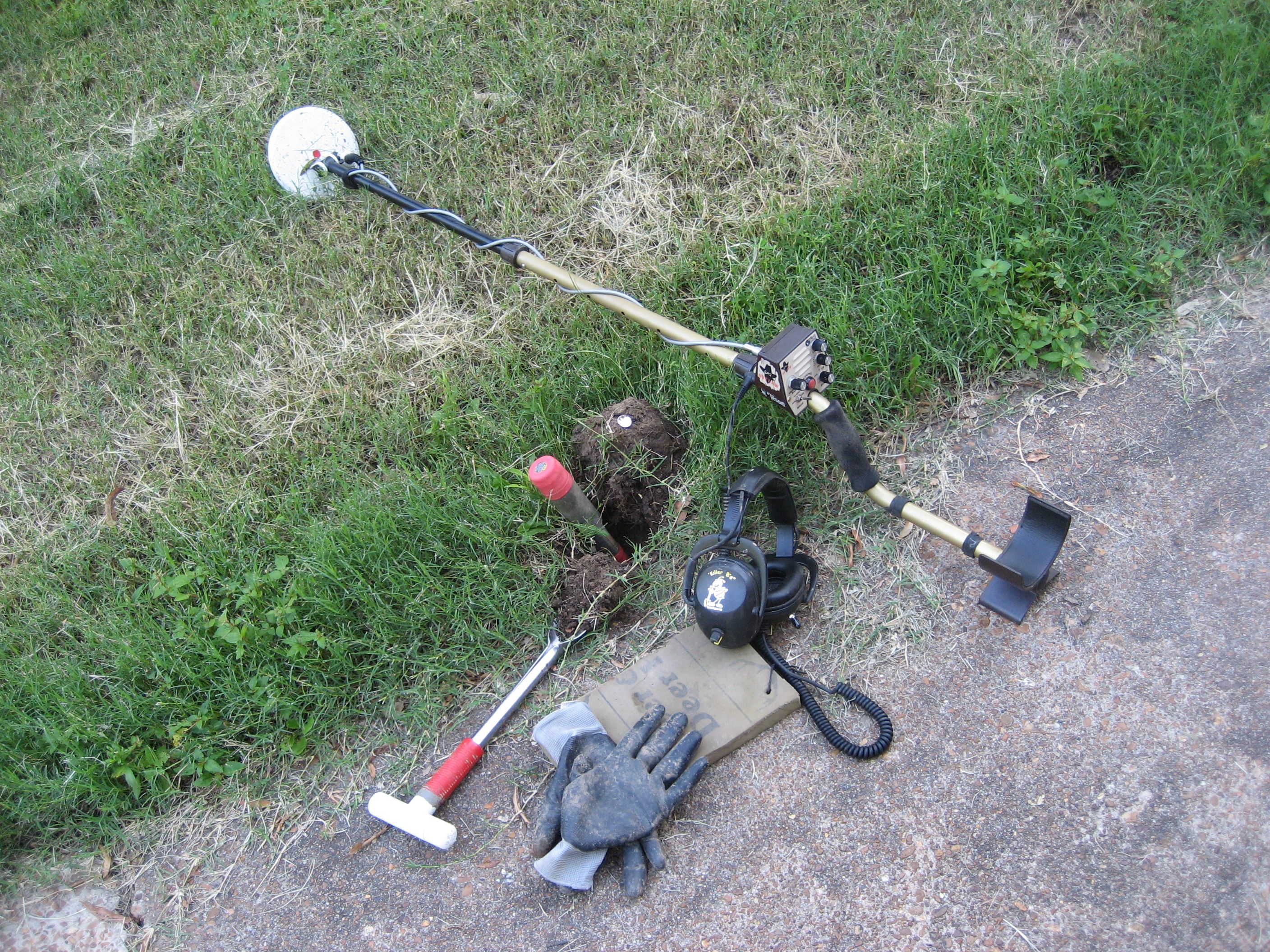 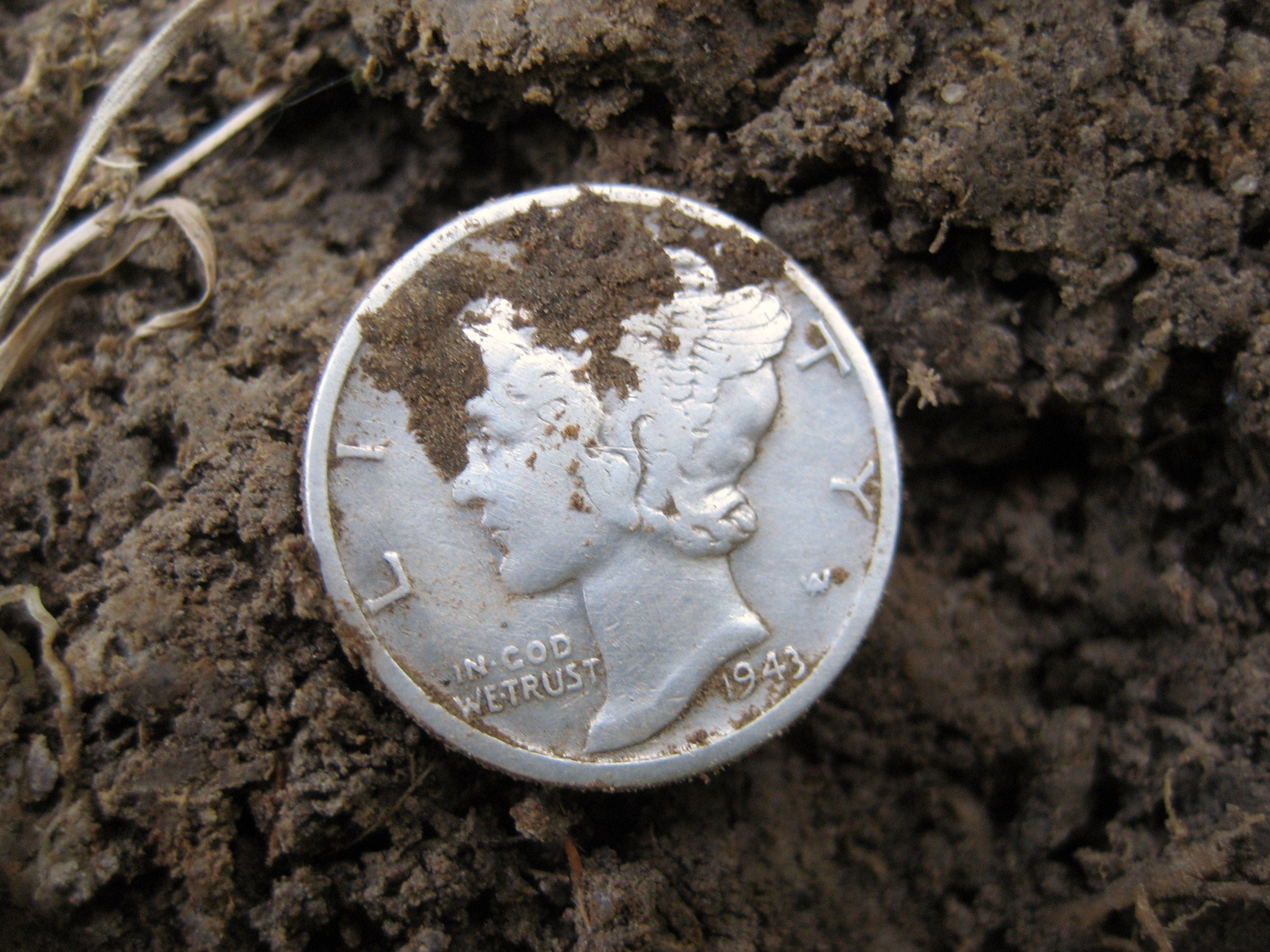 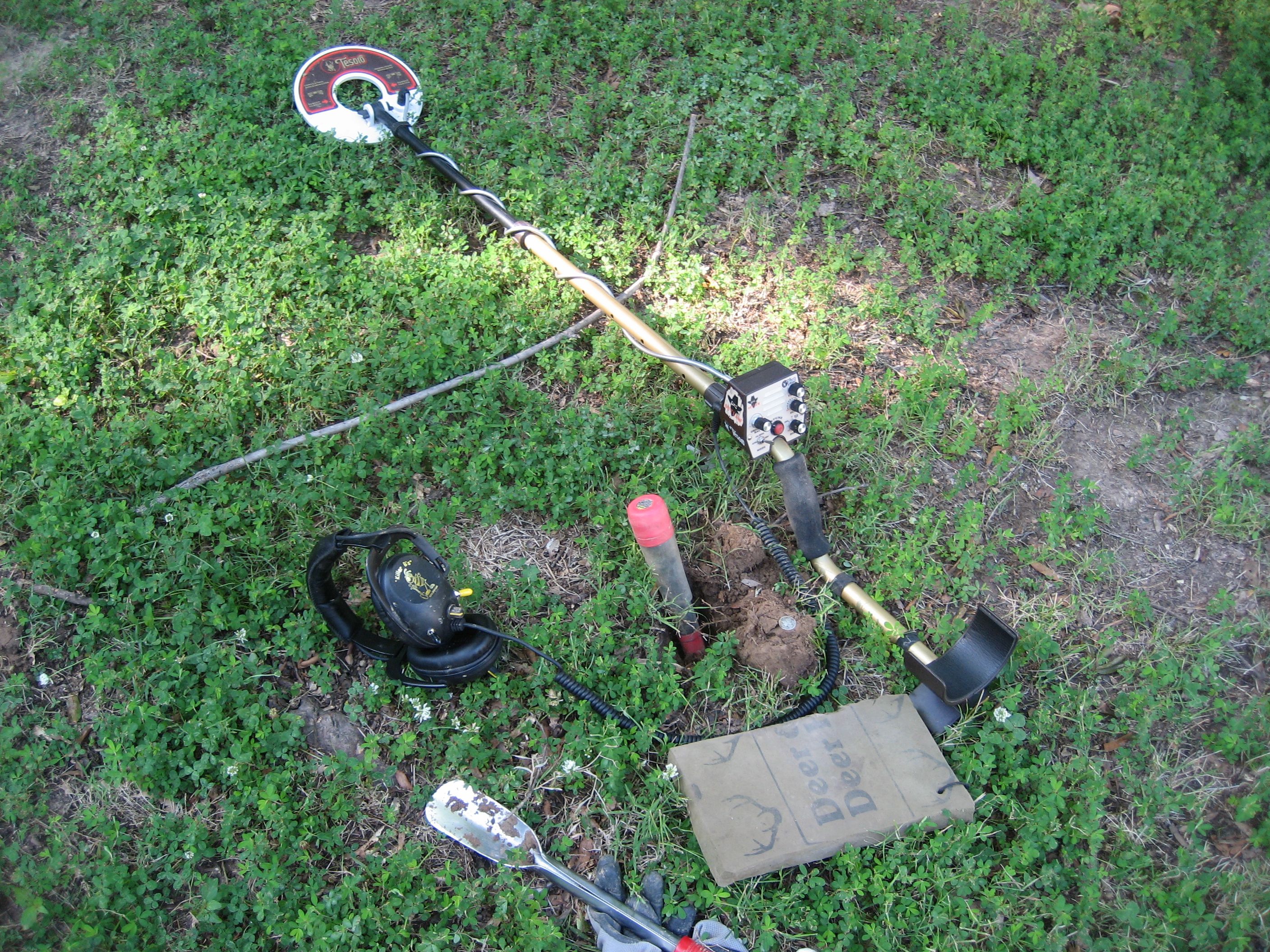 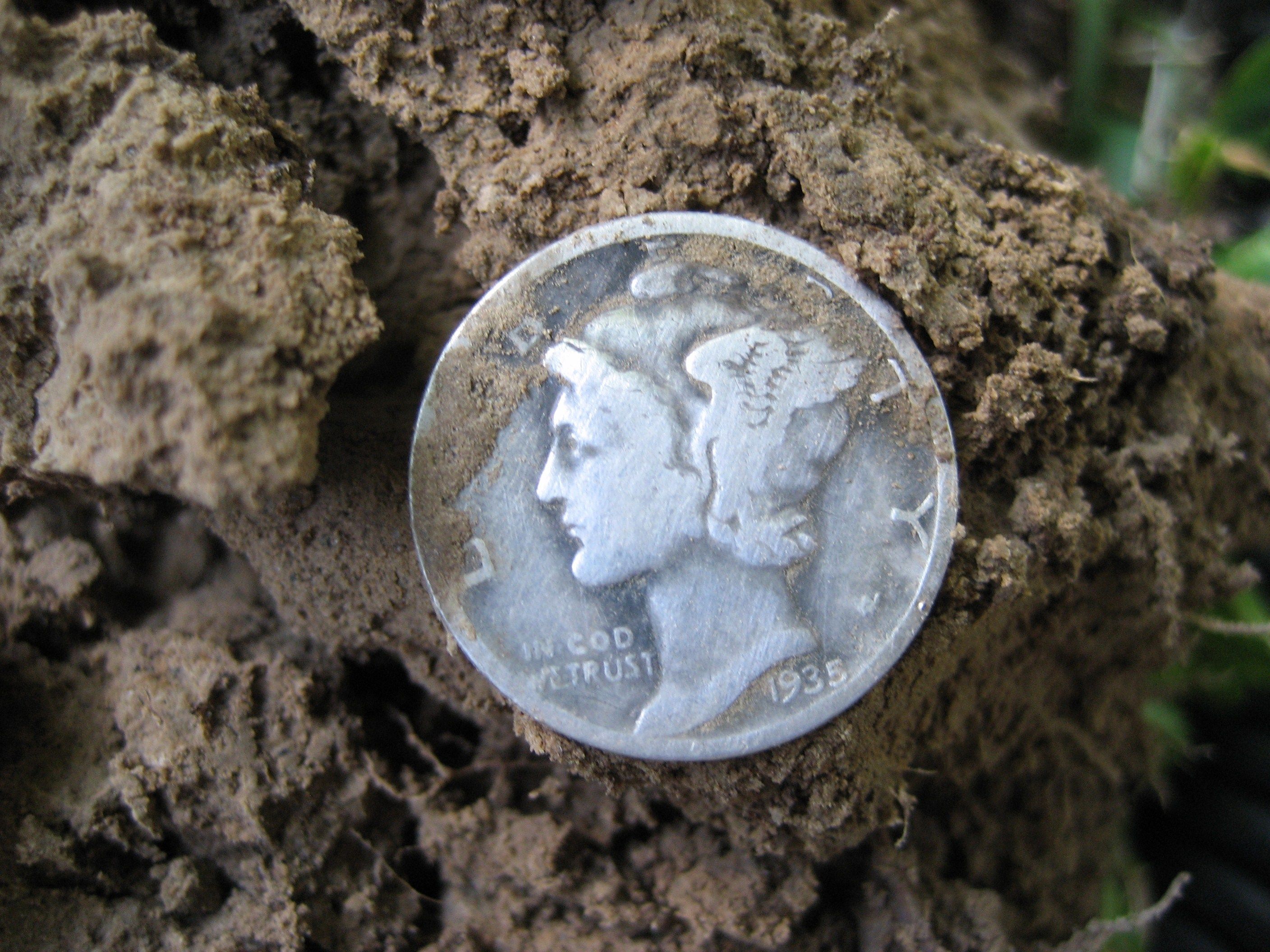 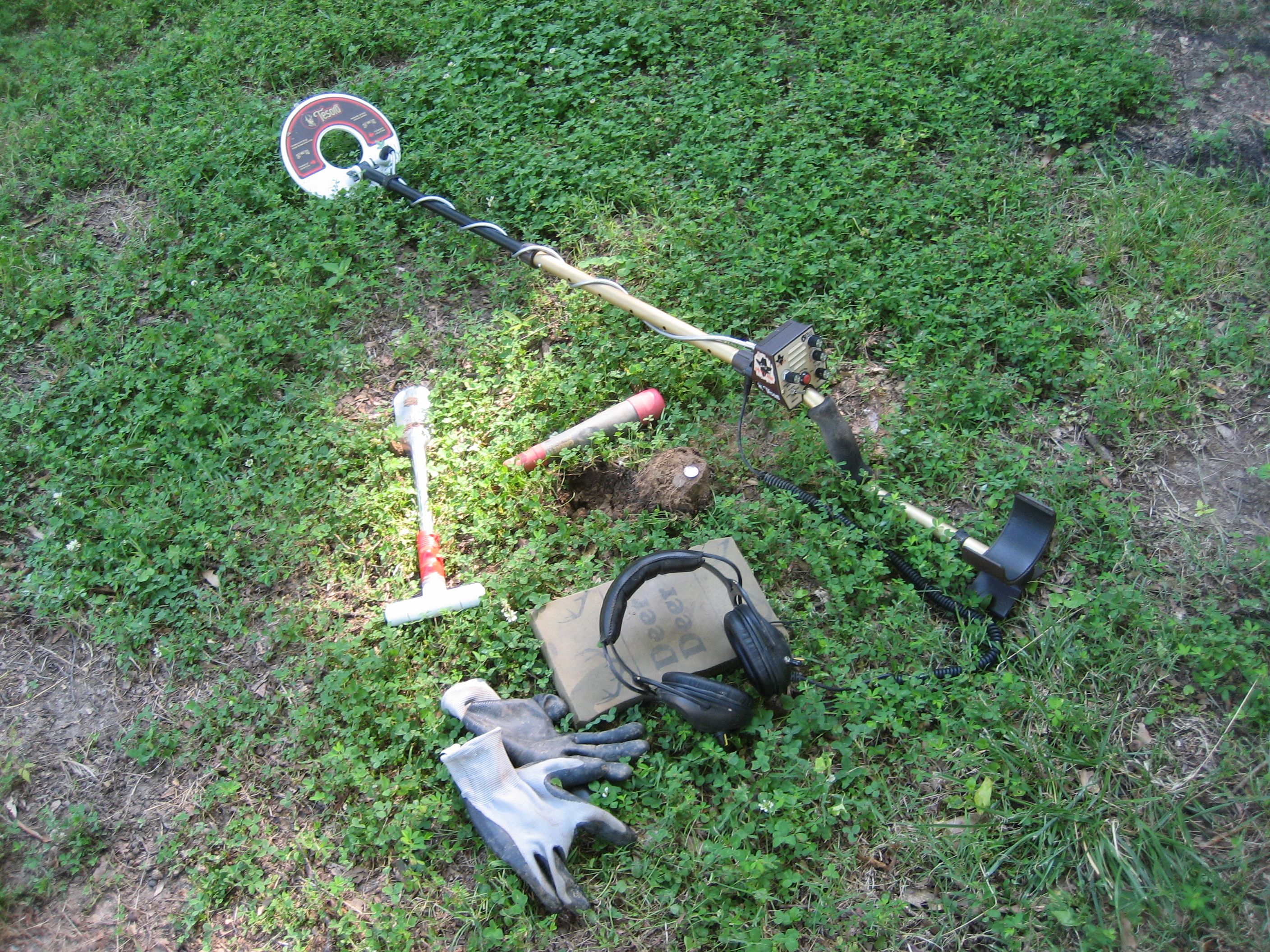 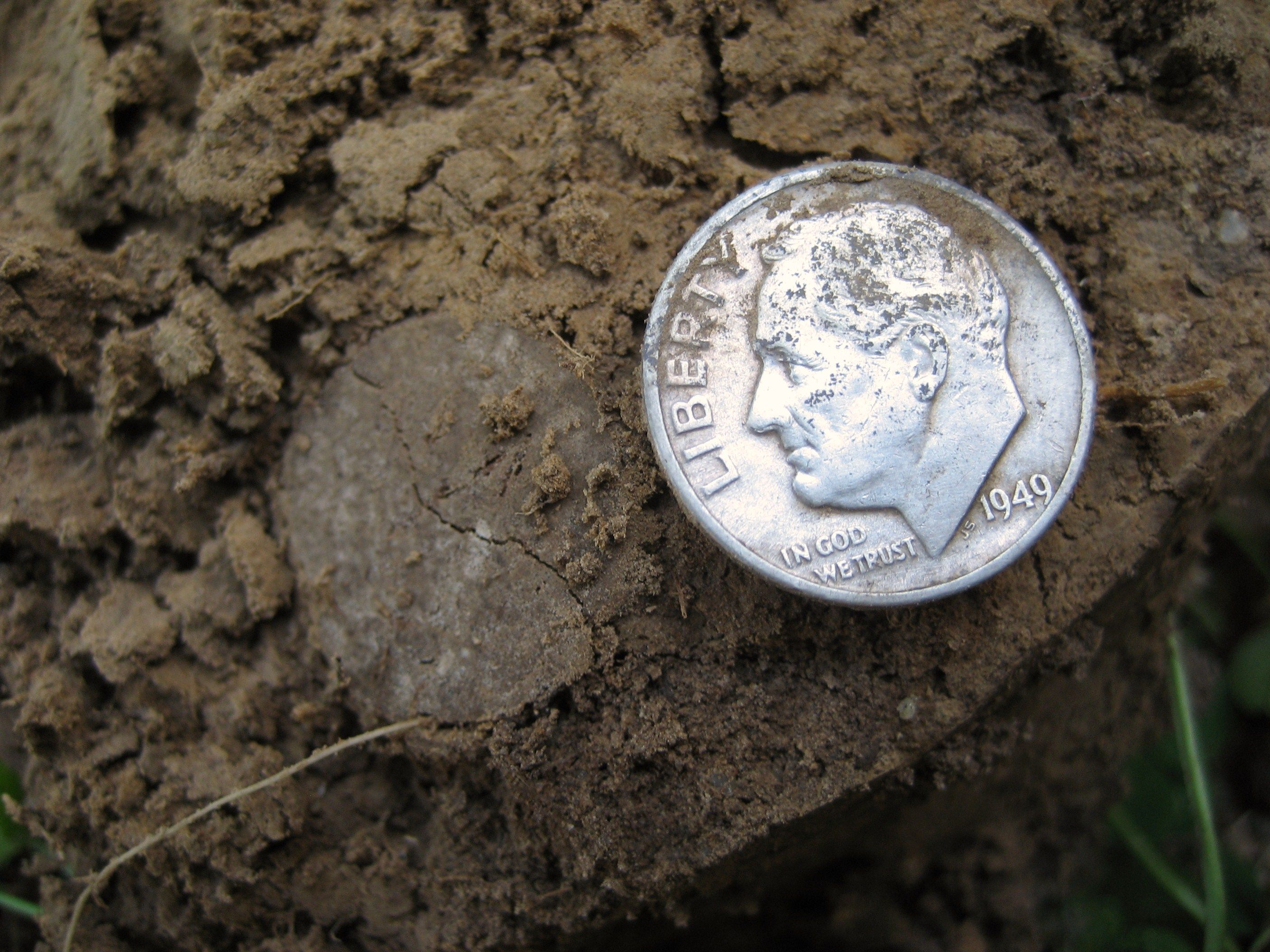 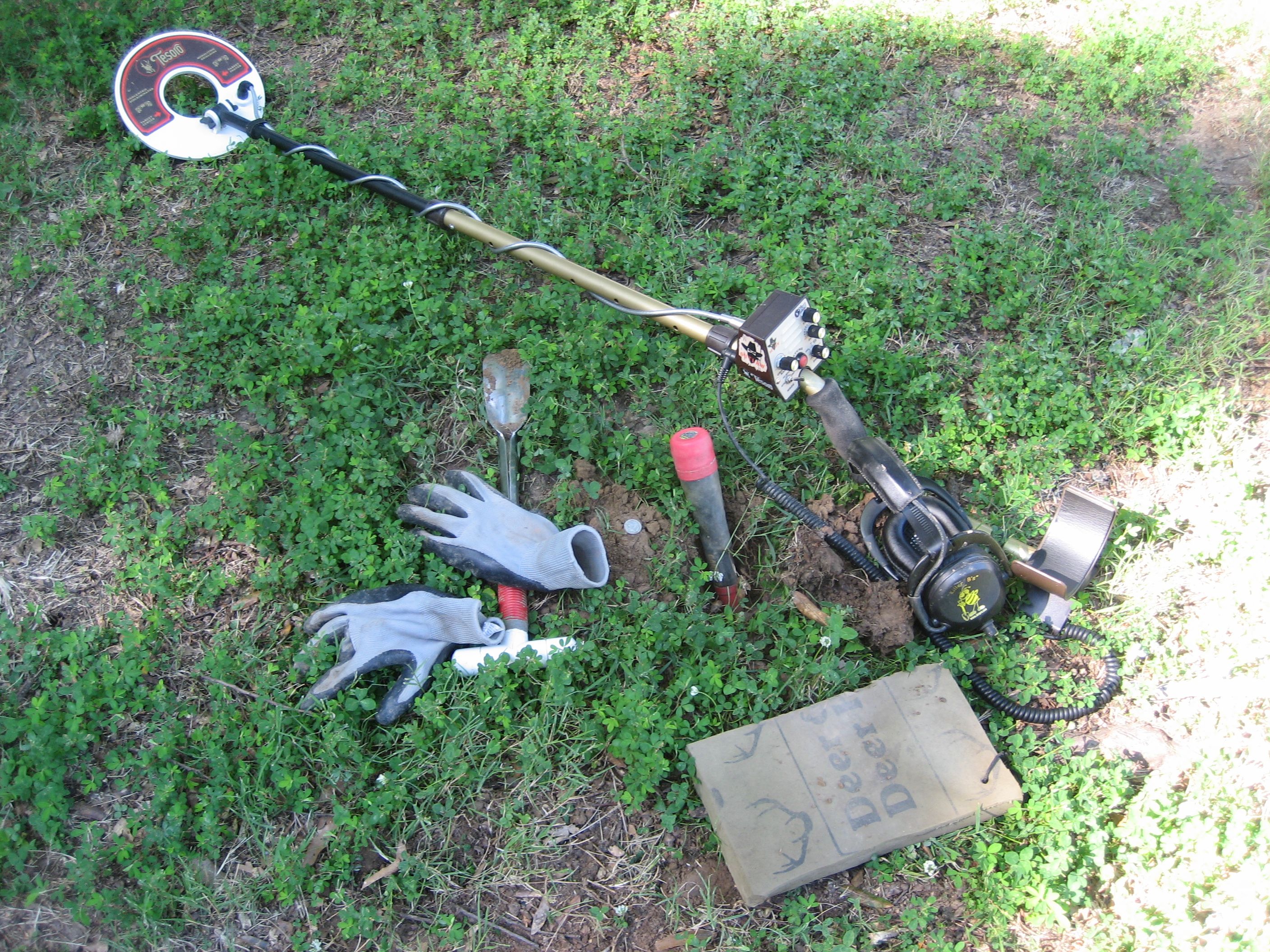 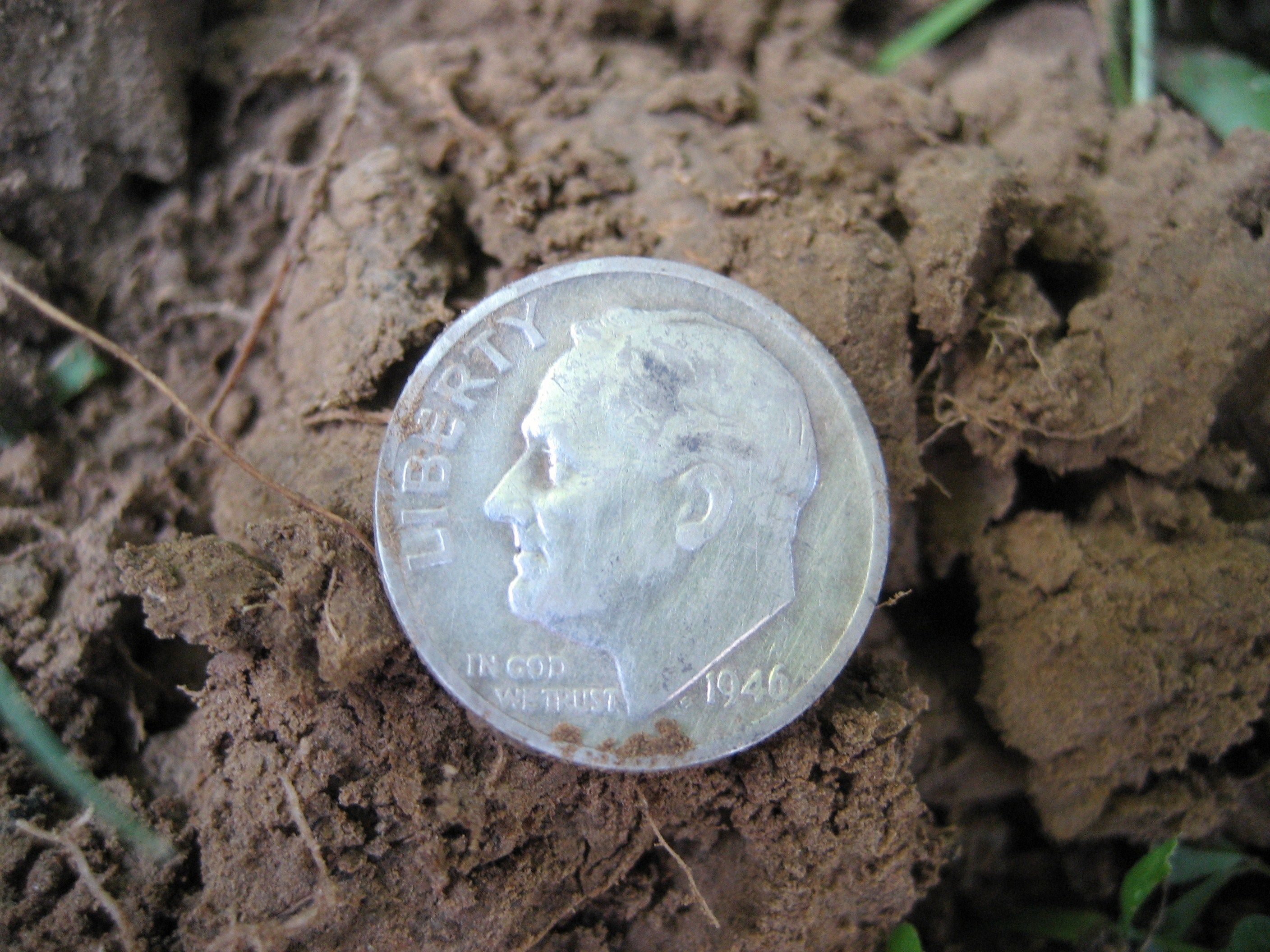 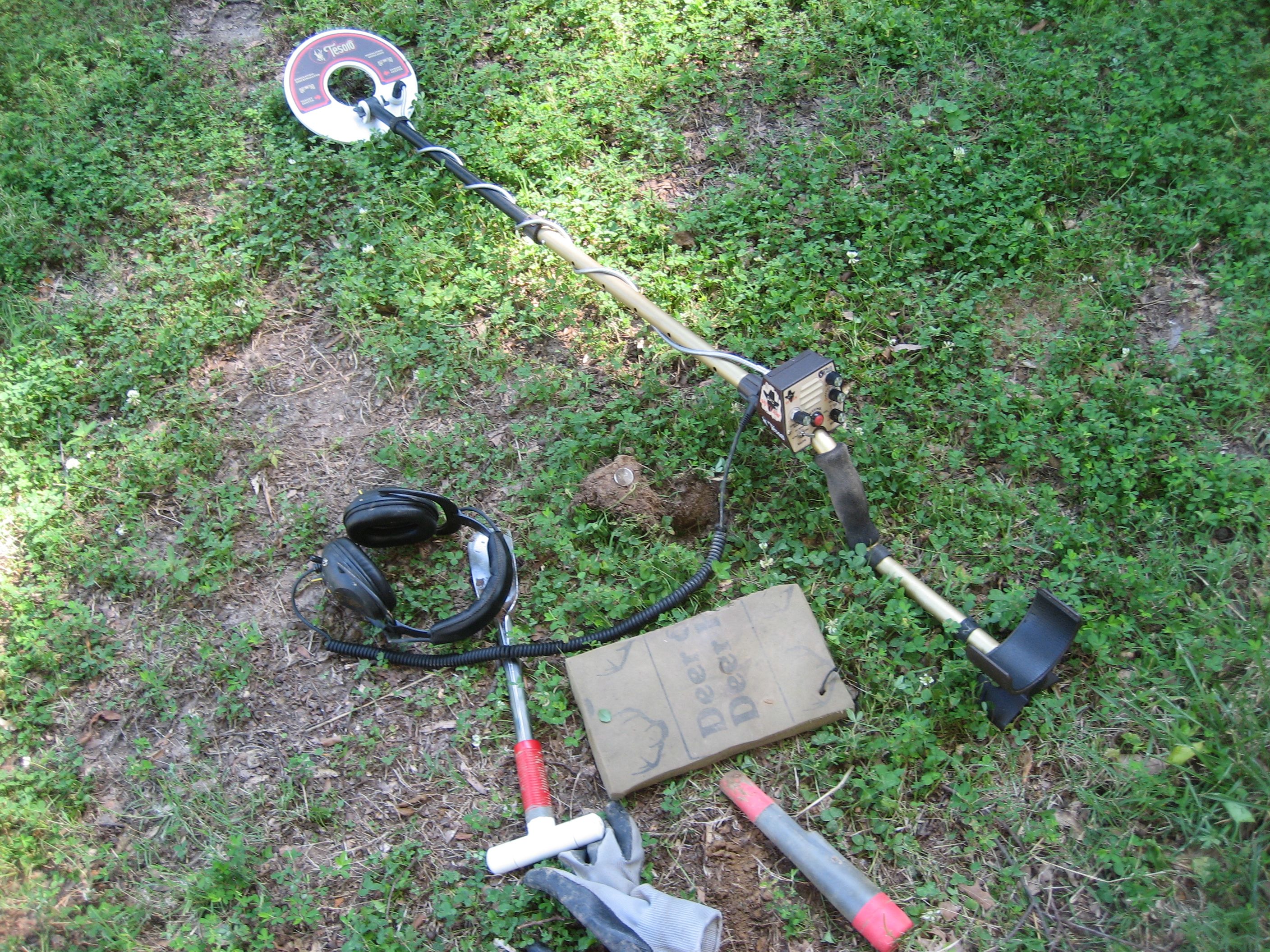 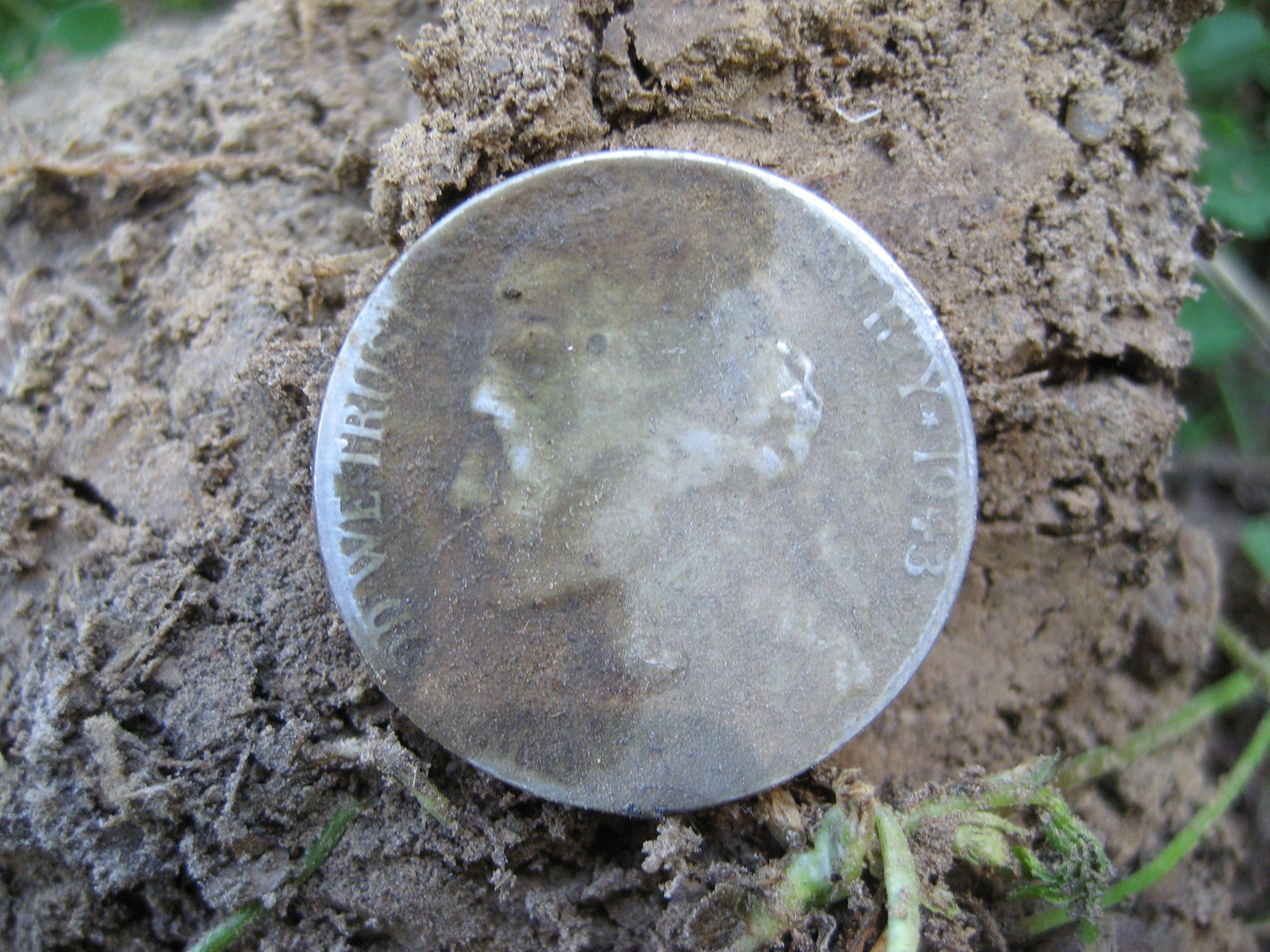 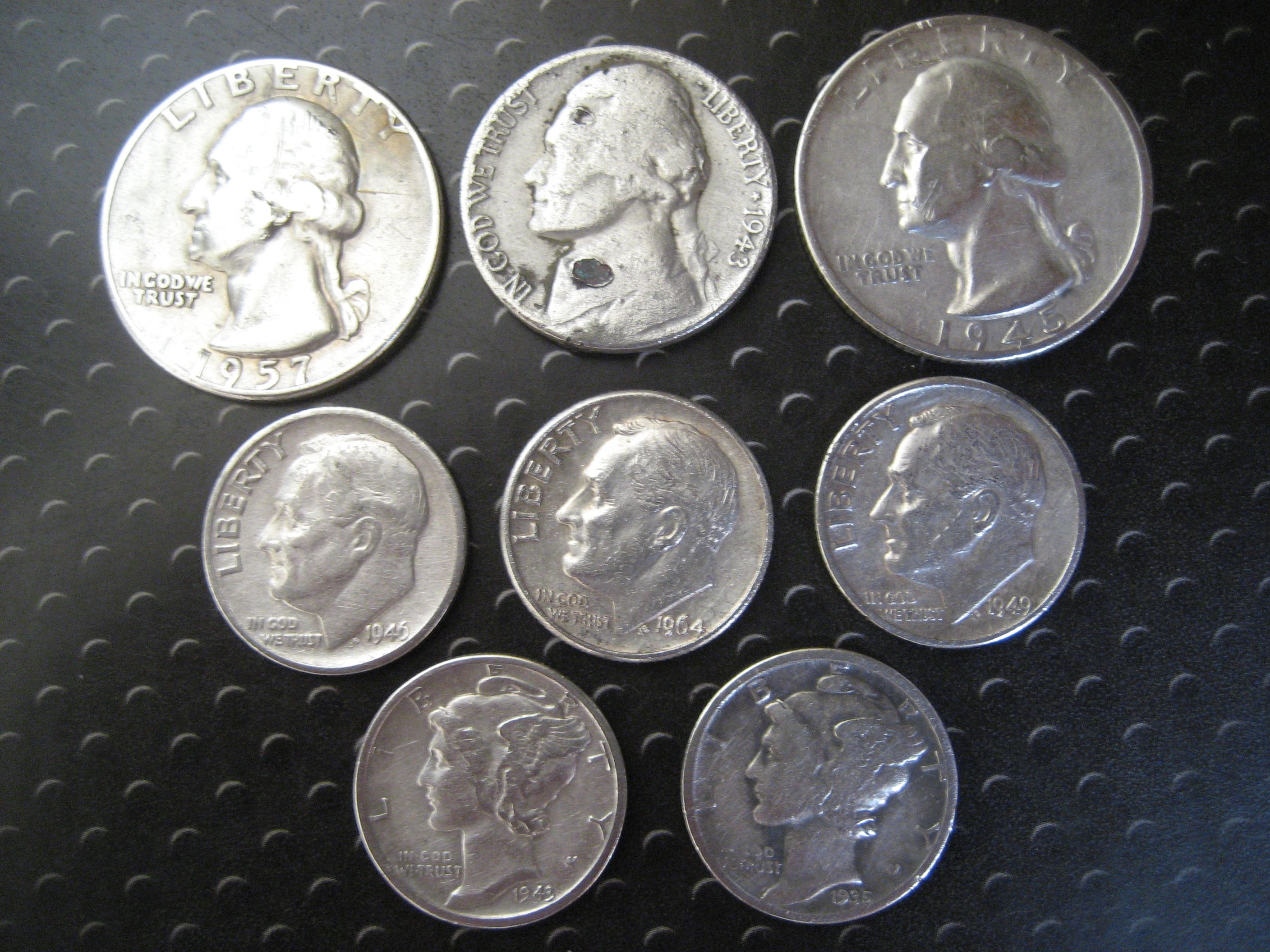 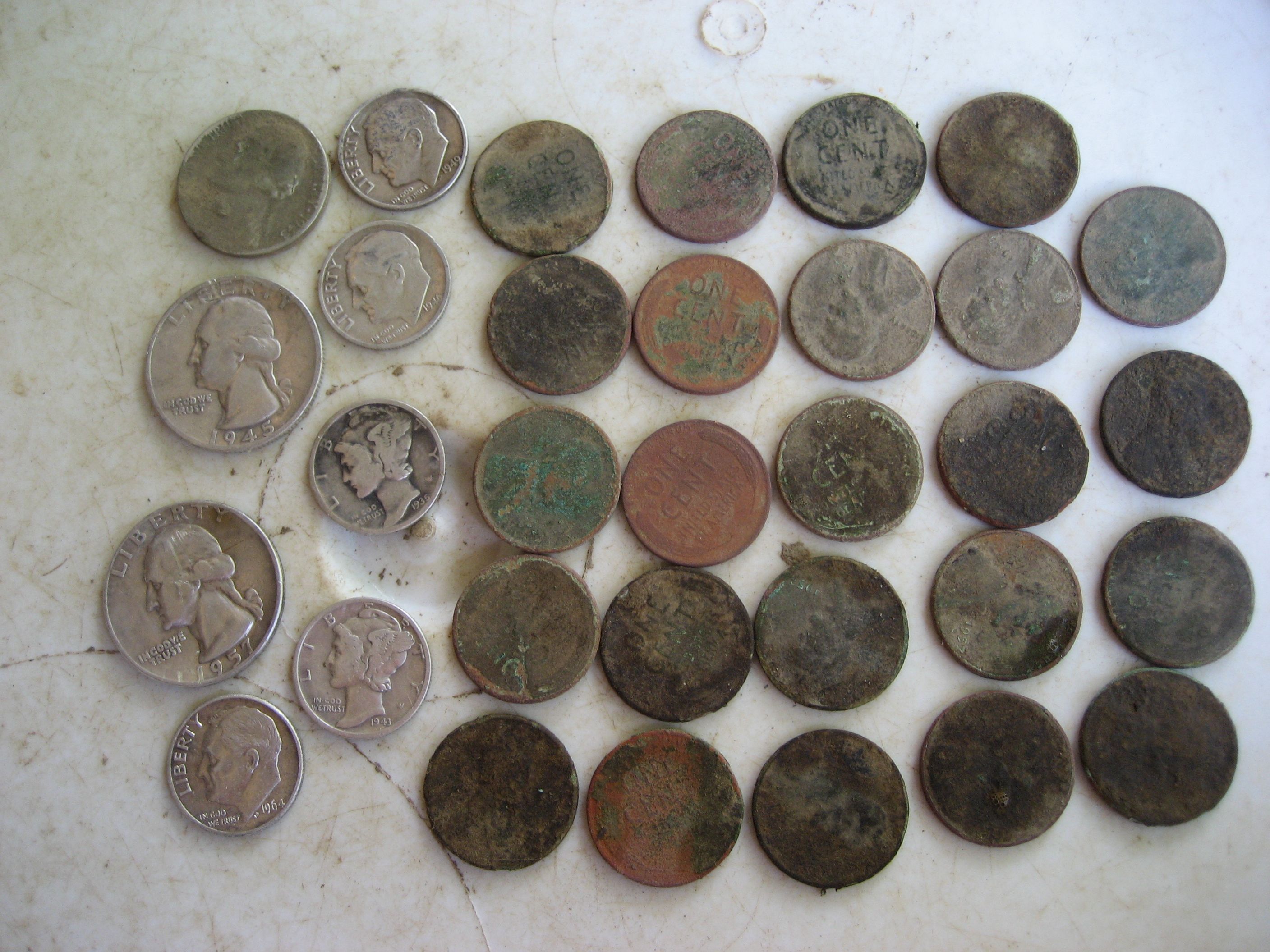 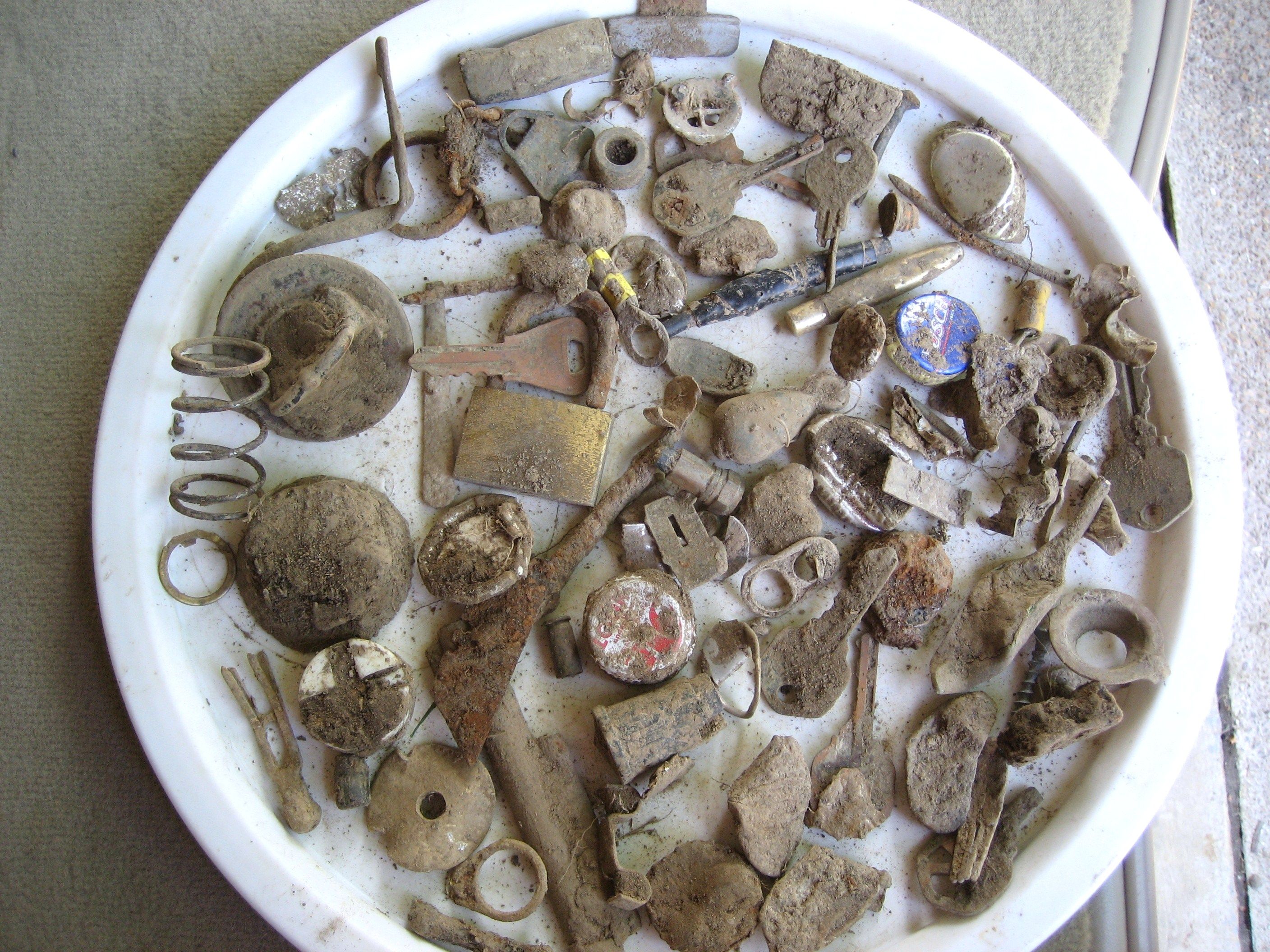 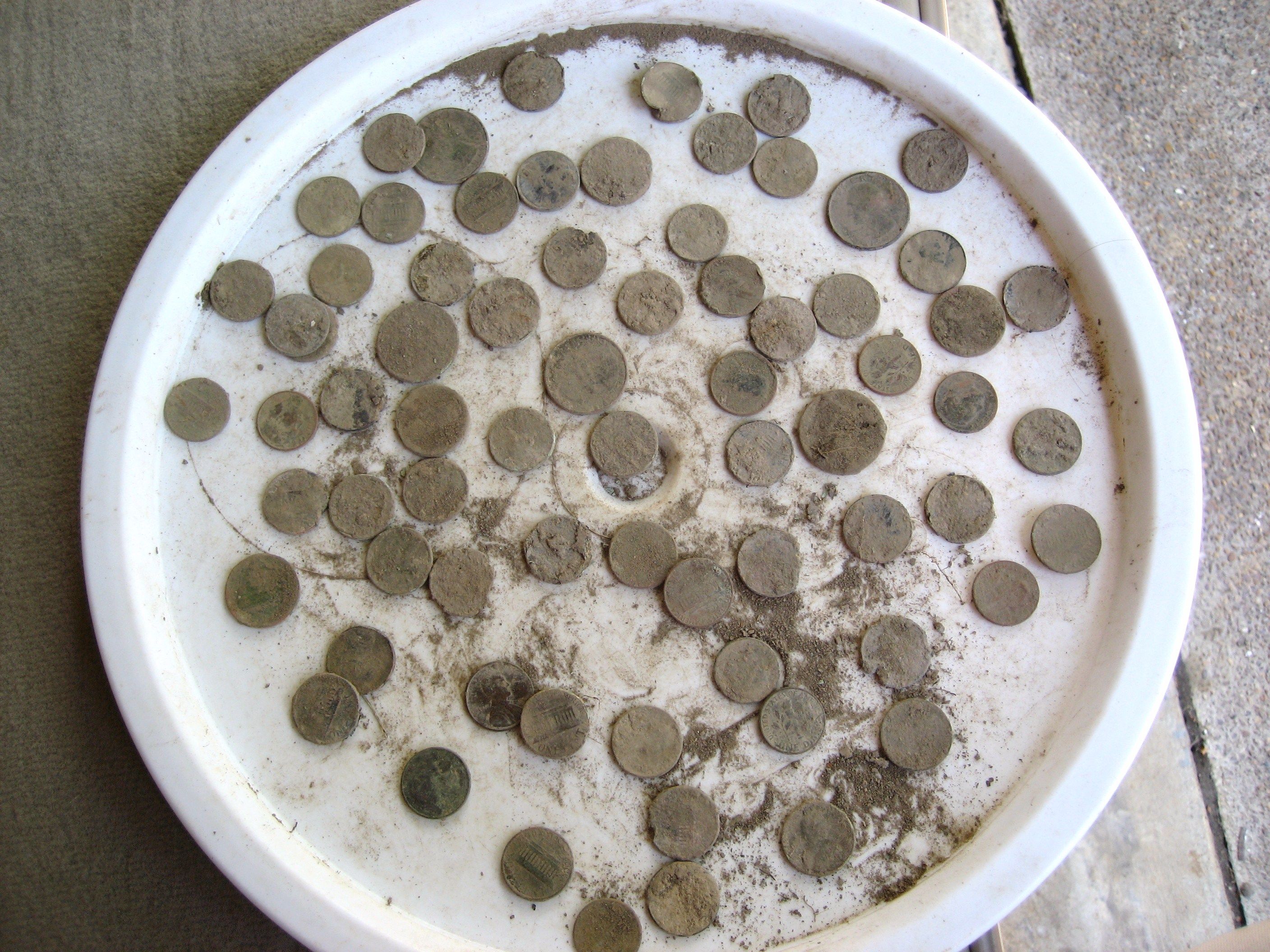 Now that's a great site and an awesome hunt. Man you found a fist full of keepers and you've got plenty of property to hunt yet.

Loco-Digger said:
Now that's a great site and an awesome hunt. Man you found a fist full of keepers and you've got plenty of property to hunt yet.

Thanks. I really like being able to take my time and cover the yard thoroughly. I'll use different detectors and coils and come it at all kinds of different angles.

Holy smokes you killed it Tabman! The Outlaw is on fire! Congrats!
Last edited: Jun 10, 2015

I love the Outlaw. Its a fine coin machine.

Tab that is super hot ,, Love the pictures, I am now inspired to get back to the old house lot .

Thanks everyone I'm going to be slowing down some until we get some rain. The ground is turning into concrete and making digging difficult.

I went back to the site today to see what I could find in the backyard. I elected to use my F75-LTD-2 with the Sharpshooter coil. I only found one silver coin and a 3 wheat pennies in the backyard.

I went back over the front yard again with my Tejon with the 5.75 concentric attached and found a few more wheat pennies. After the next big rain we get, I'm going over the backyard again, but this time with the Outlaw.

Oh yeah I did a short video (click on the last picture), I would have bet the farm that it was going to be a nice big ole silver coin. It turned out to be a piece of stainless steel about the size of a paper match. You just never know until you dig. 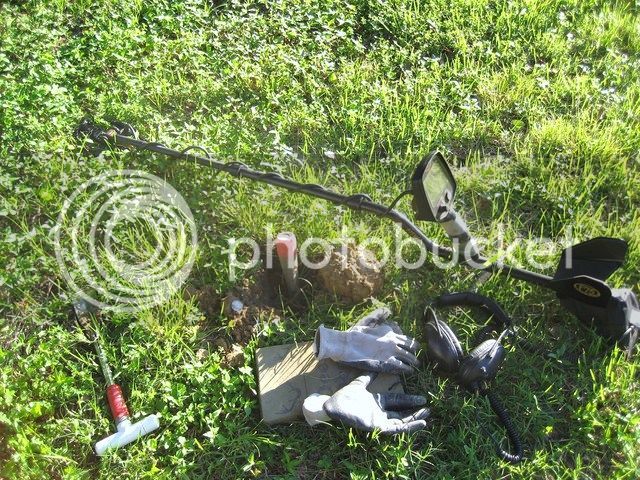 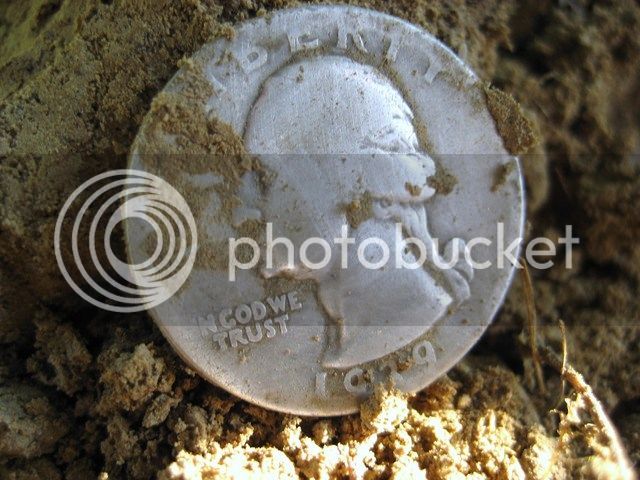 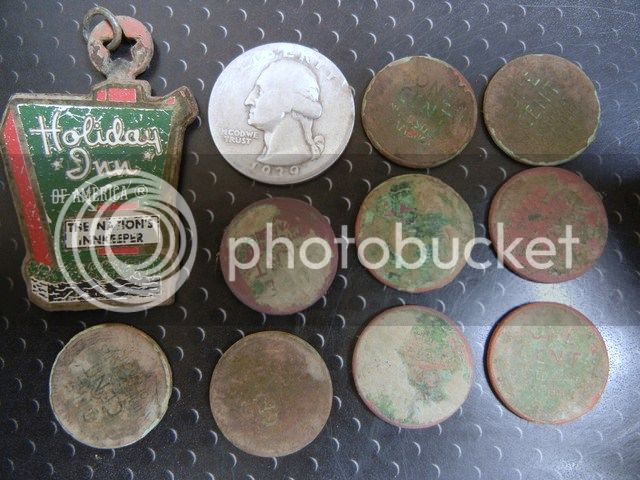