I had a nice week of detecting. I got out with one of my buddies, Sam on Thursday and we hit a few colonial cellar holes I had lined up. I scored a beautiful King George II Halfpenny, the best one I have found condition wise, unfortunately the date is unreadable due to the coin being holed there. Sam scored some colonial relics including some a tombac, eschuchion plate, and a lead poker chip. I also scored a tombac, and a pewter spoon piece. Saturday I did some scouting and then went looking for a very remote hard to access site deep in the woods. I hiked through a nasty swamp, where the ground turned into quick sand and I had to jump from log to log to avoid being sucked down. Nevertheless I made it. The site itself was a small cabin site enclosed on 4 sides by a very short and crude stone wall. These people obviously didn't last long as they didn't even bother clearing rocks from this small penned in area. Only was able to score a massive tongue to a 1790's era shoe buckle and a broken tombac button. Lots of high vdi targets but they were all shot gun shells and bullets. Oh well, at least I can cross that one off the list. On Fathers day I went into the same area that I did well at last week where I found the Spanish maravedis. This time I found two new cellar holes, neither of them are on maps and both have pretty good amounts of swinging room. I started digging buttons right away at the first site, including two ball buttons and an iron dandy button. I also managed to pull a piece of very thin scrap silver. My best find from the place has to be two matching "fishscale" straps off a US Militia shako helmet. I have to thank my buddy Isaac for telling me what I had because I had assumed they were just junk farm brass. This site will be revisted in the very near future as I believe there is a potential for more military finds. I moved onto another site but didn't stay long cause it was getting hot and I had to get home. Scored an 1863 fatty while I was there. Will be going back to that site at some point in time too. Overall good week. 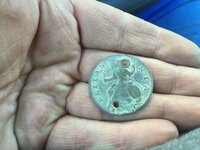 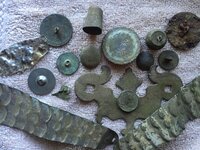 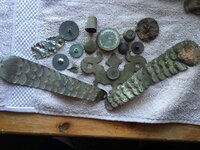 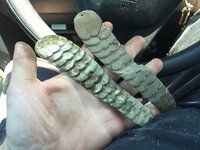 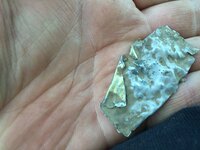 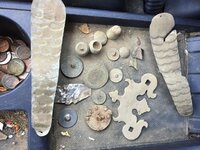 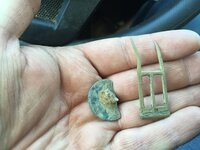 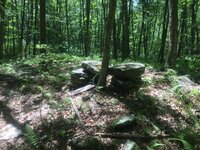 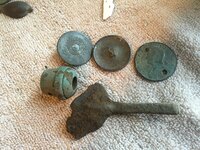 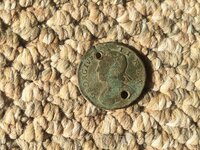 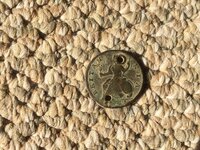 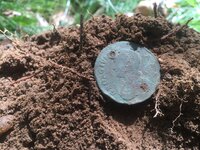 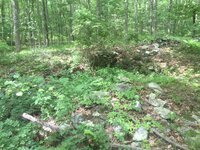 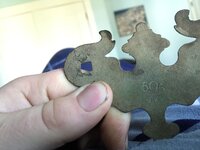 Very nice finds! Congrats. That KG is a real looker.

Congrats on some great old finds

Excellent finds, I really like the helmet straps. Maybe you'll find the entire helmet, that would be cool.

Looks like the turned it into a whizzer. Great finds all around.

Great finds nothing that old around here!!! Very nice

Congrats on a nice variety of finds. Coins are always great and I do appreciate the KG and IHP but those helmet straps really got my attention.
Can't help but think that the rest of the helmet would still be there.
You must log in or register to reply here.

Glad we hit it when we did!