Who Was George Custer's Wife?

There have been many powerful and influential men who have changed the course of history in various ways. From kings to artists, from politicians to musicians, men of all sorts have had a hand in what our world looks like today. One aspect of these world-altering accomplishments that has gone rather unnoticed until more modern times is the women who support these men while they pursue their ambitions.

This dynamic of wives supporting their husbands is not new, but oftentimes is not openly recognized. For example, women like Lillian Disney, Rachel Robinson, Edith Wilson, and Abigail Adams loved, supported and in some cases worked with their famous husbands, with little to no recognition paid them at the time. Whether they were the wife of an entrepreneur, a professional athlete, or a president, these women's roles were important, too. Another woman who has been overlooked by history was the wife of one of America's most famous generals, and her name was Elizabeth Bacon Custer. 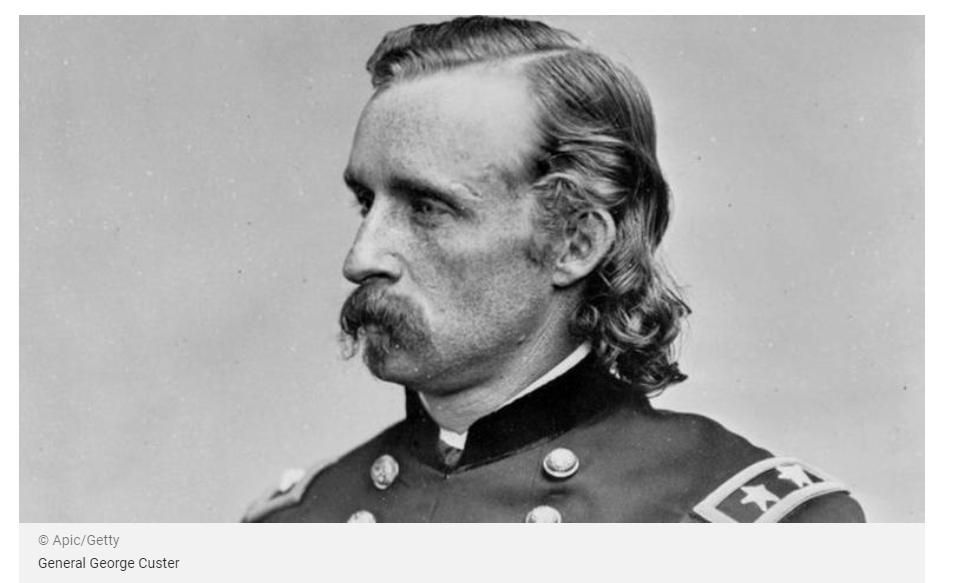 Elizabeth Bacon was born to a well-off family from Monroe, Michigan, on April 8, 1842, according to the Kansas Historical Society. She unfortunately suffered terrible losses early on in her life, including the deaths of three siblings and her mother before Elizabeth turned 12 (per Boston Athenaeum). Despite these tragedies, Bacon proved to be resilient and driven while she pursued an education, ultimately graduating from the Young Ladies' Institute in New York at the top of her class.

A year before she finished school in 1862, Bacon's future husband, George Armstrong Custer, was graduating from the United States Military Academy at West Point. Unfortunately, he did not do as well in school as Bacon, finishing at the bottom of his graduating class. However, the Civil War was in full swing at this time and the Union didn't have the luxury of being picky when it came to soldiers and officers. Shortly after he was given command of a cavalry unit in 1861, he would meet his future wife, Elizabeth Bacon. 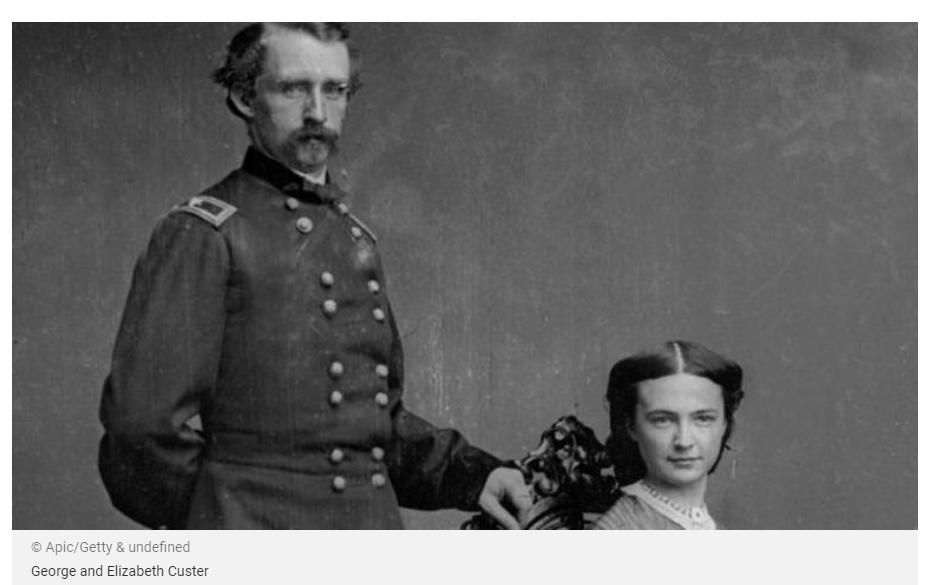 According to Cowgirl Magazine, Elizabeth Bacon was initially convinced she might never find a man to fall in love with, and therefore be forced to live life as a spinster. Turns out fate had other plans, because on Thanksgiving Day 1862, she caught the eye of George Custer, who unbeknownst to her set his sights on her from that moment. Custer began to pursue her, much to the dismay of her father, the prominent Judge Bacon.

Because Miss Bacon came from a well-to-do family in the area, Custer's status as a war hero and military officer concerned the judge greatly, who worried that his daughter would be tied to a man "with no money" and who ran the risk of being injured or killed in combat. Despite her father's concerns, Elizabeth Bacon responded well to Custer's advancements for a time, though she did turn down his initial proposal of marriage, per Cowgirl Magazine.

Custer did not give up, however. He continued to pursue her, even when he was deployed for battle again in 1863. He attempted to win over her father by writing to him, and eventually exchanged letters with Miss Bacon as well. Custer proposed again, and this time she accepted. The couple married on February 9, 1864, and Elizabeth Bacon became Mrs. George Custer. 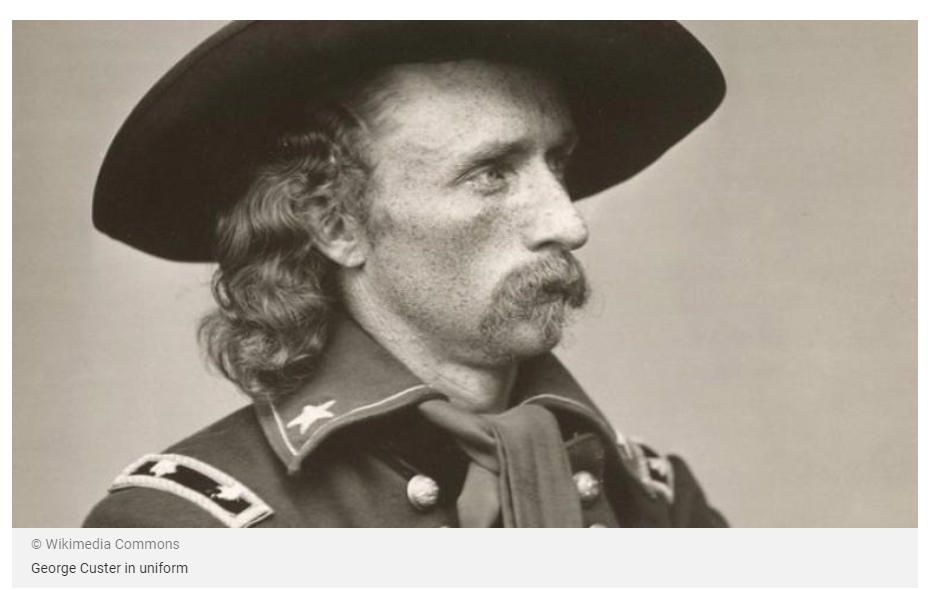 Elizabeth Custer had married a formidable military man, and as such, she had a choice to make. As the Civil War was still raging, she could choose to stay home in Monroe, or she could follow her new spouse wherever war took him. She chose the latter, despite reportedly not being physically built for such a rough life, as she possessed "delicate features" and a "small, slender frame," per Kansas Historical Society. She did not let this stop her, and went with her husband whenever she could -- reportedly she detested being separated from him.

After the Civil War ended, the couple lived in Kansas for five years before Custer's regiments were sent to Kansas and, ultimately, the Dakota Territory. George Custer and his Seventh Cavalry were then often in conflict with the local Native American tribes, as the American government attempted to remove the indigenous peoples from their ancestral homeland, once gold had been discovered there, per History.

The campaign to remove the Lakota and Cheyenne from the Black Hills territory began in the spring of 1876 (per National Park Service -- NPS). On June 25 of that year, Custer and his 7th Cavalry attacked a large group of Lakota and other tribes they were told were trying to escape. This move resulted in what is now known as The Battle of Little Bighorn. This bloody battle resulted in the deaths of more than 200 men in Custer's command, and also cost Custer his own life. His death at the age of 36 made him a hero to the American people, and left his wife a childless widow.

Mrs. Custer took the death of her beloved husband pretty hard, according to NPS. Though she loved her husband dearly, he was a rather controversial figure of the time for various reasons. His gambling habits, rumors of infidelity, and conflicts with his own men damaged his reputation with the American people (per History). Despite these things, Mrs. Custer was now on a mission to ensure that history looked back on her husband favorably.

In 1877, Custer moved to New York City, and while she was there, plans were made for a memorial statue to honor her late husband, according to Boston Athenaeum. She was reportedly never consulted about the piece and she was not happy with the finished product that was eventually put on display at West Point. She did succeed in getting the statue removed in 1884. It was shortly after that she began working on her own "memorial" for her spouse. It came in the form of several books. 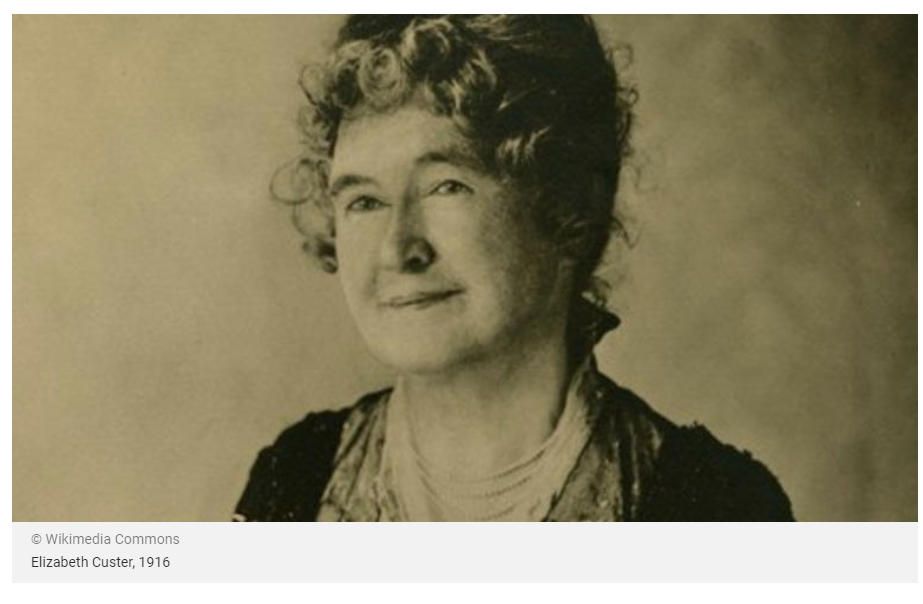 According to History Net, Elizabeth Custer outlived her husband by more than 50 years. Over those decades she penned a series of books that centered around life in the Army in the American West. "Boots and Saddles" (1885), "Tenting on the Plains" (1887), and "Following the Guidon" (1890) were all written to help create the legend that we know today as General George Custer.

Elizabeth Custer spent the rest of her life as a "professional widow" and traveled the world promoting her books and giving lectures about her experiences on the western frontier. Despite the detractors who had more negative opinions about her husband, Elizabeth managed to keep his legacy alive, as well as portray him as an American hero. When she died on April 4,1933 at the age of 90, she left behind an estate worth over $100,000. Elizabeth Custer was then finally reunited with her husband when she was buried alongside him at West Point. 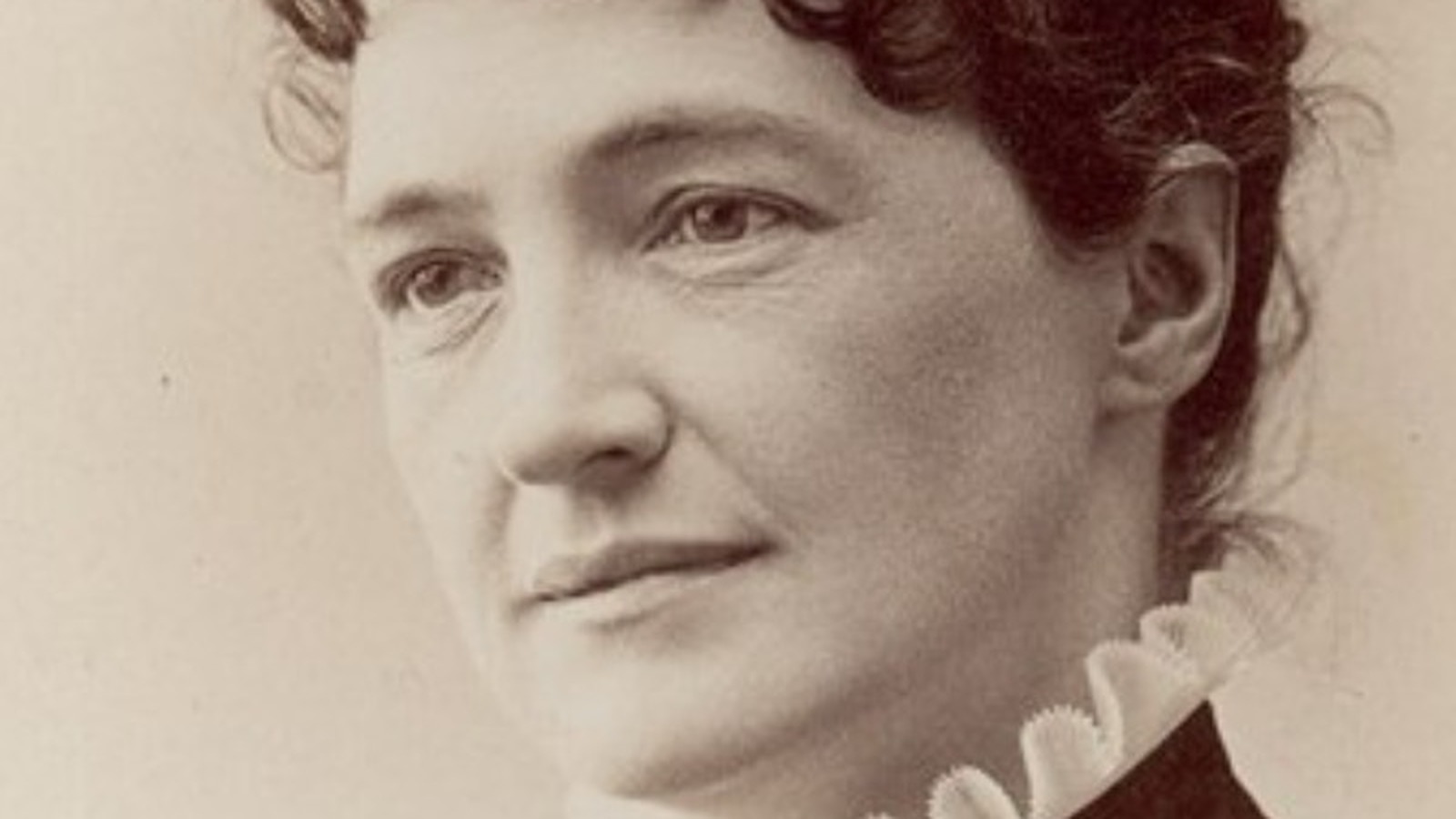 Who Was George Custer's Wife? - Grunge

Many are at least familiar with the name George Custer and his mixed legacy as a military figure. Part of his lasting fame is due to his wife, Elizabeth.

She's supposedly wrote 9 or 11 novels about his life, she was really dedicated to him, daughter of someone famous during those times. An interesting note, She was given the Table that Robert E. Lee & Grant signed the "peace" treaty that ended the Civil War.
Last edited: Jun 17, 2022
B

I remember watching a show about the battle awhile back that was about 2 hours. They had a bunch of detectorists out there and basically mapped out how the battle progressed based on bullets and shell casings. Was pretty cool.
R

BennyV said:
I remember watching a show about the battle awhile back that was about 2 hours. They had a bunch of detectorists out there and basically mapped out how the battle progressed based on bullets and shell casings. Was pretty cool.
Click to expand...

The visit to the battle site is well worth it if your a history lover like me, they have an interpreter Guide that gives really good insights as to what happen ,how, who, etc., VERY good Info before you go out wandering arounf the site. I found that AMERICAN Veterans are buried at the cemetery there from ALL WARS at the veterans request but not sure if thats still allowed.
Last edited: Jun 17, 2022

I agree... of all the attractions to visit, this one is pretty great if you appreciate the background.
B

unclemac said:
I agree... of all the attractions to visit, this one is pretty great if you appreciate the background.
Click to expand...

Read a great book by Nathaniel
Philbrick about the last stand.
T

Started with an open mind considering it was you (whom I respect) that posted the link. By the second paragraph I’m shaking my head wondering what was I thinking. I try to limit my preconceived ideas about history. But there has to be a limit to what type of garbage I’ll let soak into my head. I’ll not read further regardless if there are some nuggets buried in there to absorb. Speaks tremendously as to the writing style of the author when a person closes the book at the second paragraph.
Last edited: Jun 20, 2022

He is an aquired taste, I guess. But if you hold your nose and read for sheer fact, you're in for an astonishing re-appraisal of what "history" sometimes is.

uniface said:
He is an aquired taste, I guess. But if you hold your nose and read for sheer fact, you're in for an astonishing re-appraisal of what "history" sometimes is.

His Kennedy, Lincoln and Manson pieces are half-hour reads, but gold mines (IMHO)
Click to expand...

Well I felt it needed said. I have a very difficult time taking anything seriously when folks heavily inject their opinions into a piece.Unless of course I go into it expecting an entertainment/opinion piece.

Understood. Fine. But if the town drunk (who sometimes goes overboard with things and jumps to conclusions based on previous experience) calls me up and tells me my house is on fire, I'm not going to blow him off without checking to make sure.

To my (strange ?) way of thinking, the laws of thermodynamics would be just as valid if their first publication had been in a comic book rather than a scholarly journal.

If my wife's entry wins a publisher's clearinghouse lottery, and the guy comes to the door with the check and a TV crew filming him, I'm not going to turn the ten million down because I don't like the guy's attitude.

In fairness, Miles (who, by the way, will no longer interact with me because -- wait for it -- he doesn't like my attitude) has suffered the fate of those who go around telling people things they don't want to hear (in both history and mathematics/physics) for so long that he's got a chip on his shoulder the size of a surf board. As you've noticed.

But if obvious (once considered) facts and unavoidable conclusions drawn from them matter, provided you can keep the message and the messenger seperate in your mind, your historical data processing program is in for a major re-boot.

My unsolicited two cents' worth.
Last edited: Thursday at 4:18 PM
You must log in or register to reply here.

Some debitage and first ever (broken) point

Help identifying what looks to be a buffalo lance? Found in my grandfathers indian artifact box.