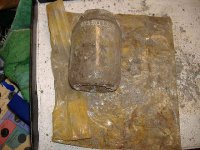 don't know if I ever posted this on here, dug this in 2005, my detector pic up the the top of the fluff jar, it was 2 feet down in a cellar floor, I was cleaning a cellar at work and notice it had a dirt floor for half of it, so I detected it, didn't hear much, mostly iron, and as builder/carpenter, I looked up and saw an old cellar stair hole boarded up, and I thought, there must have been an old staircase here. Right where the stair case would have ended, I heard an iron signal and dug. low and behold it was a glass fluff jar, with a plastic bag in it, I started shaking, I took the jar and took it to my truck and opened it and saw bills, I put it away. I got home and opened it up and found 100's and 50's in the plastic jar, all dated 1982, it was the Friday before Christmas, it took me 3 days before I told my wife, it was Christmas day, the total was about 1500 bucks, and I brought one bill to the bank and asked them if it was real the first business day after Christmas and they said yes. I put it in the bank in three installments, one every week. E 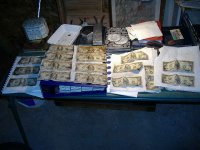 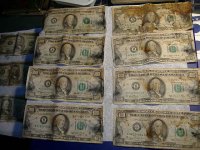 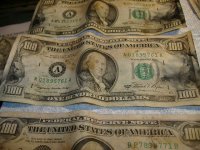 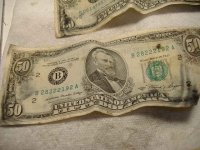 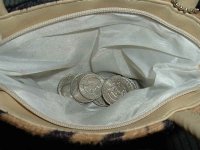 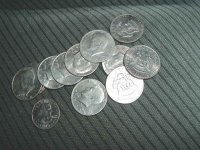 arly that year, I found another cache, it was a bag I found in a field detecting and it had Kennedy halfs and SBA dollars in it
Last edited: Mar 28, 2021
Upvote 23

Detector(s) used
AT Pro, AT Max

Nice finds. Hopefully i'll find one of those in my lifetime

The stuff of dreams

WOW! I think I'd have a heart attack finding that.

That is the "Fluff" dreams are made of ! Congrats on an excellent find.

That's incredible, can I detect with you?
You must log in or register to reply here.

My best finds so far for my first year and a half metal detecting:)