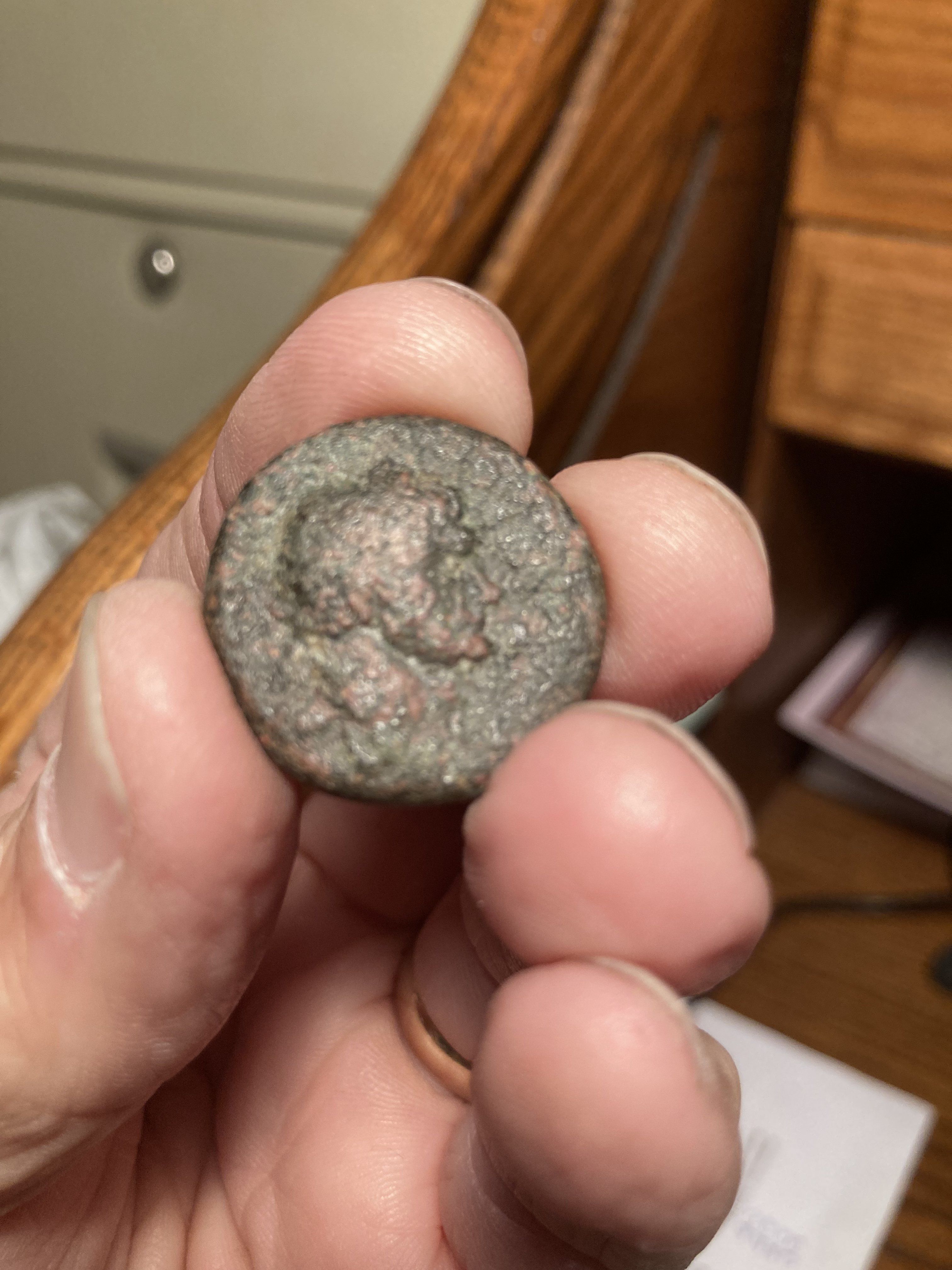 Over near the bay bridge into Pensacola

An interesting find - hope you can ID it !

Can't help with the ID, but congrats, whatever you have.

Do yoiu think it is the real deal or a repo ?

Coin from ancient Rome, likely used in trade with the native Americans 2,000 years ago by a rouge classical age explorer. All documentation and physical traces of his globetrotting sea voyages have since been lost to time - say for this one coin.

UnderMiner said:
Coin from ancient Rome, likely used in trade with the native Americans 2,000 years ago by a rouge classical age explorer. All documentation and physical traces of his globetrotting sea voyages have since been lost to time - say for this one coin.
Click to expand...

Only thing that makes sense! Those romans sure looked like KG1 though and made some thick coins man!

That could be something special !! Not sure what you have there ?
L

I know it sounds silly but almost looks like a nickel that has been covered with some kind of crust.

So my outlandish theory has some potential validity after all... 🤔

UnderMiner said:
So my outlandish theory has some potential validity after all... 🤔
Click to expand...

I knew you were on to something it just felt right (I probably would've thrown in a time-travel angle as well) or it's some amazingly strong and localized current rendered possible by the current state of global remiss and with this in mind a simple rogue wave in the aegean sea perfectly agitated an amphora full of Sistertius' tax money and blew one single coin onto the periphery of a florida beach. Righteous!

I was down at Predido Keys first week of February this year. Frik'n cold it was. My daughter rented a condo and got down there and said there was plenty of room and ask me and my wife if we wanna come down, so we jumped on a plane and headed down. I did read about some early Spanish settlements in that area, but due to some hurricanes they gave up on settling the area until later. I should have brought my MD. Me and the grandson did have fun looking for shells. To him those were real treasures.

Hward56 said:
Over near the bay bridge into Pensacola
Click to expand...

My parents used to live a short distance from there. They lived in a retirement community called Spanish Cove. It was in Lillian, Alabama. Beautiful area. They really loved the area there.
You must log in or register to reply here.