Not a todays find, but a todays rebirth....
Some time ago i found a part of a simple roman bronze ring. Surprisingly it had a large size, almost matching my ring finger from what was left of it.
I had the idea to do some metal casting for a while so with the end of the year coming close it was time to play a bit in the shop.
To simplify things i used the cuttlefish bone casting process for this project. Cuttlefish bone casting was established in the mediterran area in roman times so it also matches the idea of the ring.
The cuttlefish bone was prepared and the ring fragment imbedded in the soft bone. The missing part was reconstructed with a ring of mine. After proper cleaning of the mold to reveal the bone structure the two halves were fixed together and silver was molten in the forge.

Silver poured in the mold 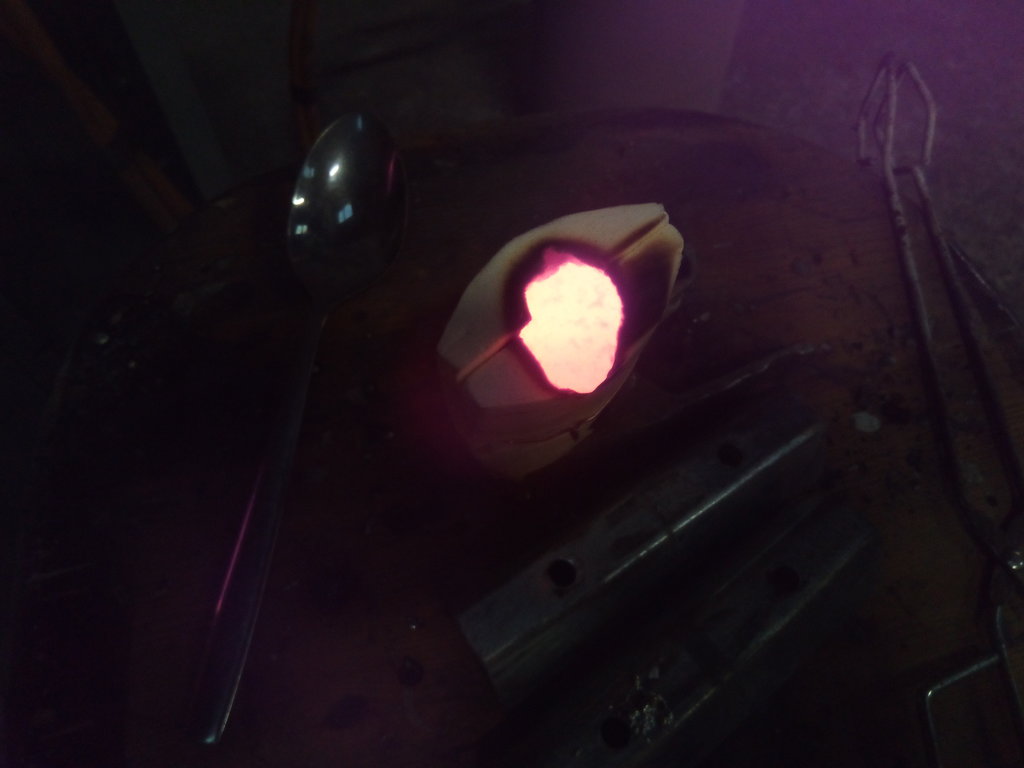 The opened mold after cooling 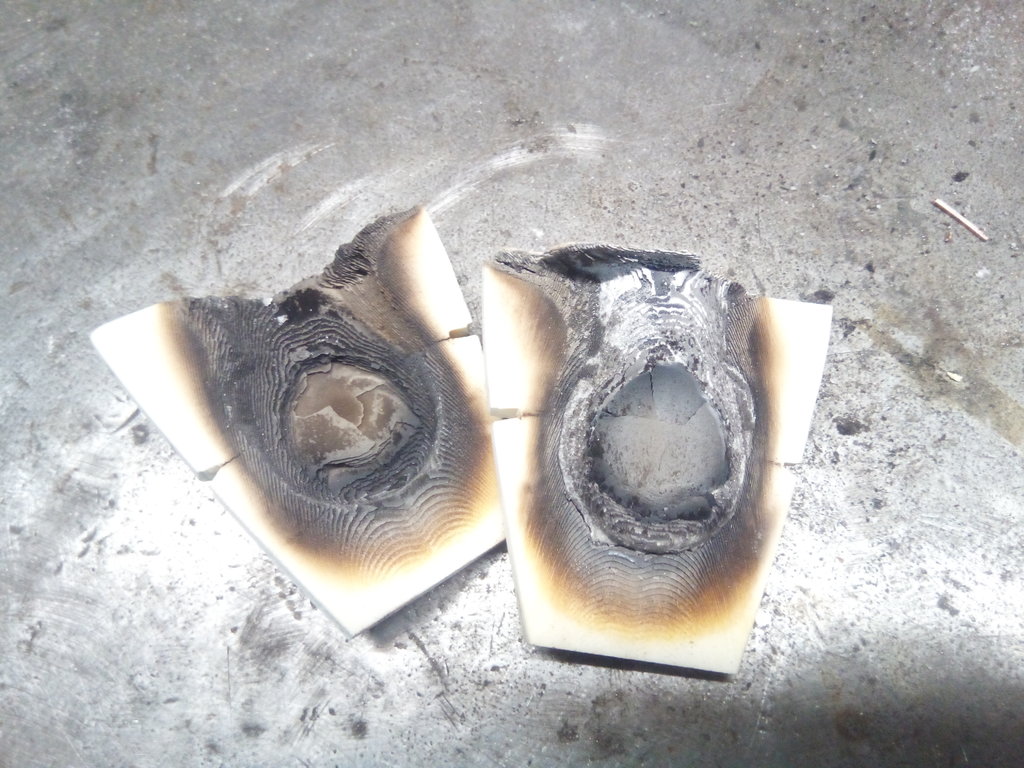 The cleaned and polished ring and the ancestor 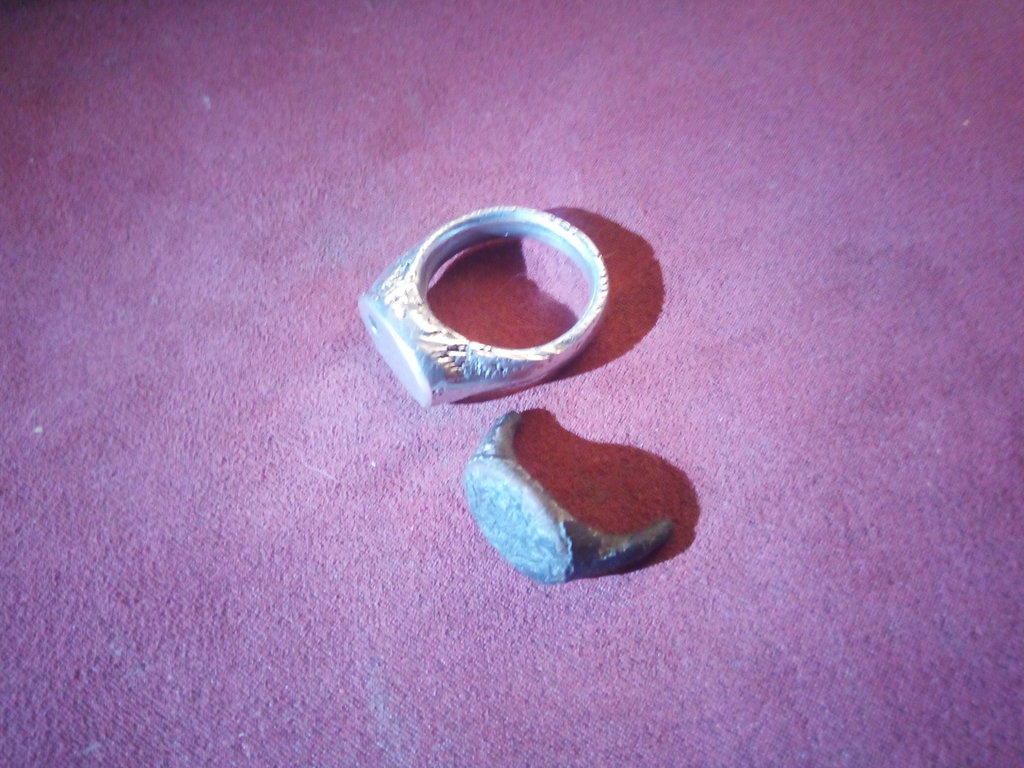 With the forge on temperature i did some bronze casting as well. 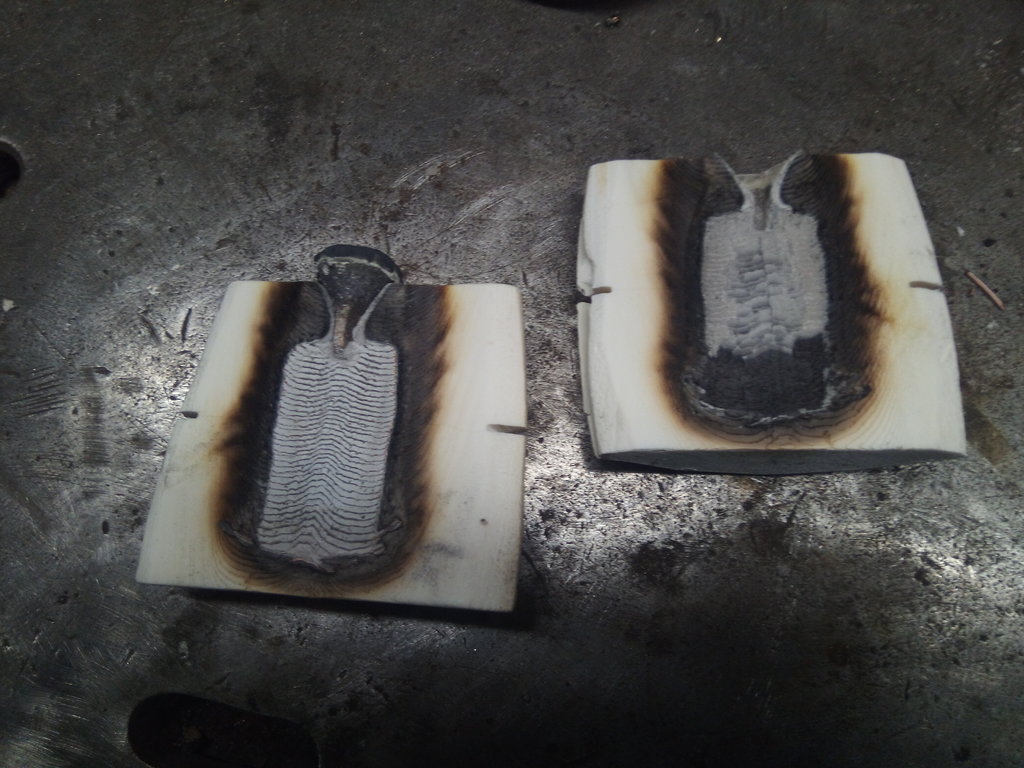 Both pieces together. I used genuine roman bronze found on my sites for this pendant. The little hole in the ring is a blowhole. I say it adds authenticity and leave it as is. 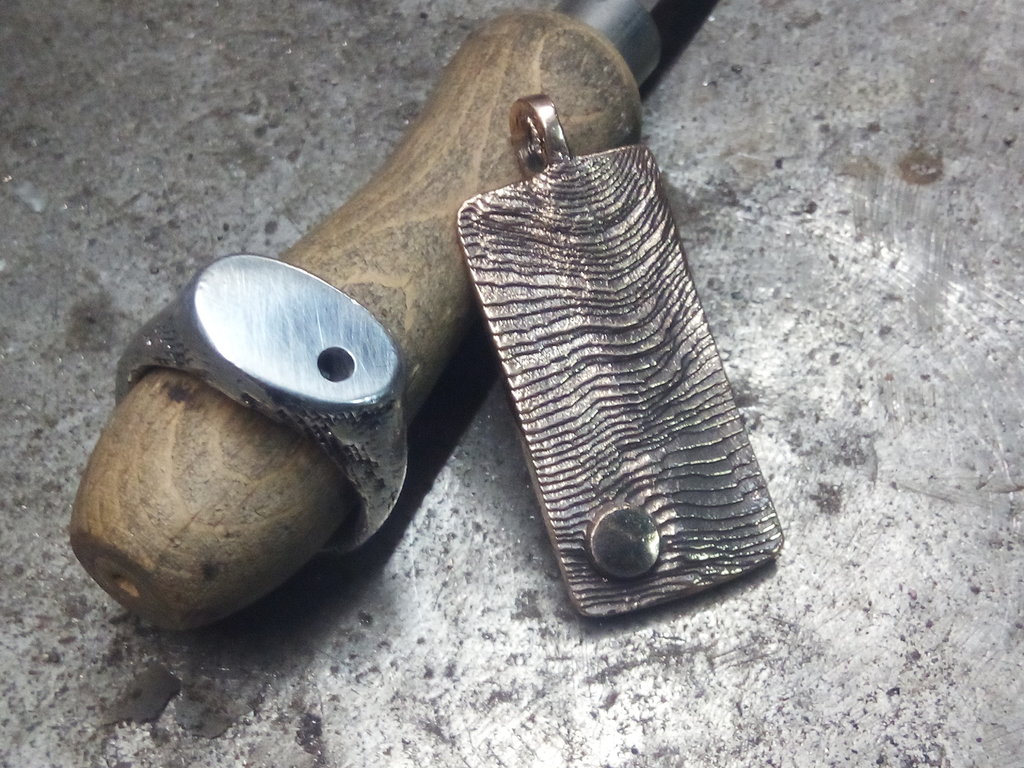 Very nicely done Westfront ! I do a bit of hand casting with a crucible myself .. If you don't already know about it , I can highly recommend "delft clay" casting (youtube it ) I love the cuttlebone texture , Well done. !!

Argentium said:
Very nicely done Westfront ! I do a bit of hand casting with a crucible myself .. If you don't already know about it , I can highly recommend "delft clay" casting (youtube it ) I love the cuttlebone texture , Well done. !!
Click to expand...

Thank you, i will look into it!

Neat! I've never done this before but I'd sure like too. Quick, take me away from this thread! I feel another hobby coming on and I'm too old to start another. Gary

So cool Thanks for sharing. Very neat project and nice results.

I like the idea of using the same cuttlefish bone technique developed during the Roman period. That adds an aspect of authenticity to the silver piece. And using the Roman bronze "scrappies" as material for the pendant was great.

I bet a small gem would fit nice in that blow hole. Nice job.

You are amazing!!!
OP

Thanks all and Merry Christmas!

Very cool Lu. What did you use for silver. We all know how much of that you find. Sorry I'm late to the party and Happy New Year. Good luck.
You must log in or register to reply here.

My favorite find yet!