I found these two large pieces of iron at the same site as the last post. A fair has been held there since the 1970s (with carnival rides and all) and there was a farm/homestead there that I have seen images of during 1937 and 1955. Beyond that I do not know when it was first constructed and when it was taken down.

These two pieces of iron were about 5 feet away from each other. They could be related, or maybe they aren't (more on that later). It seems like they may be farm equipment, unless they are leftover pieces of old rides. But the rust on them makes me think they are quite old. 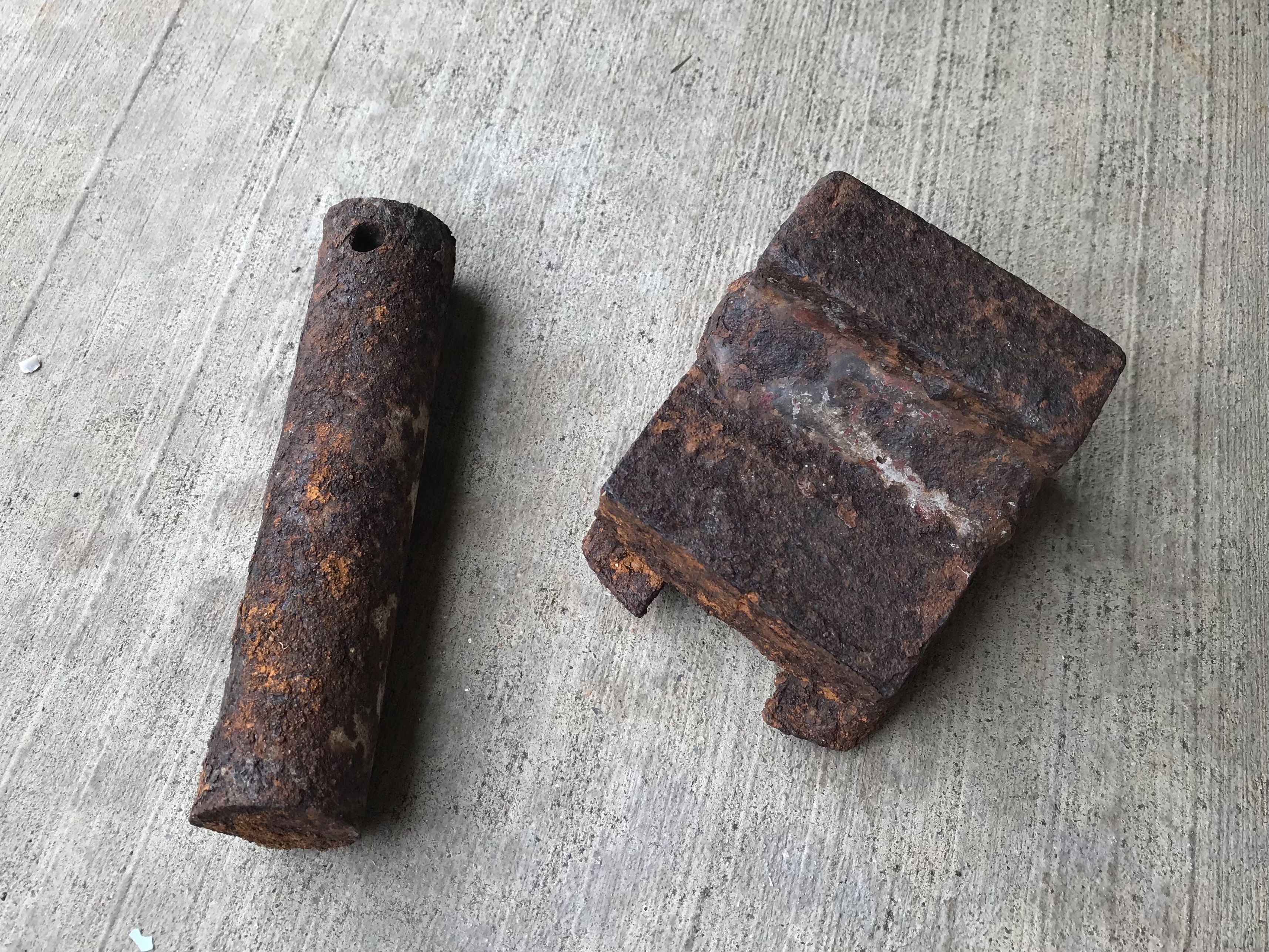 The first object is a long, thick rod. It has a hole in one end that goes all the way through, which maybe meant this piece was attached to something else with a pin or a bolt.

Here are some images of the first object: 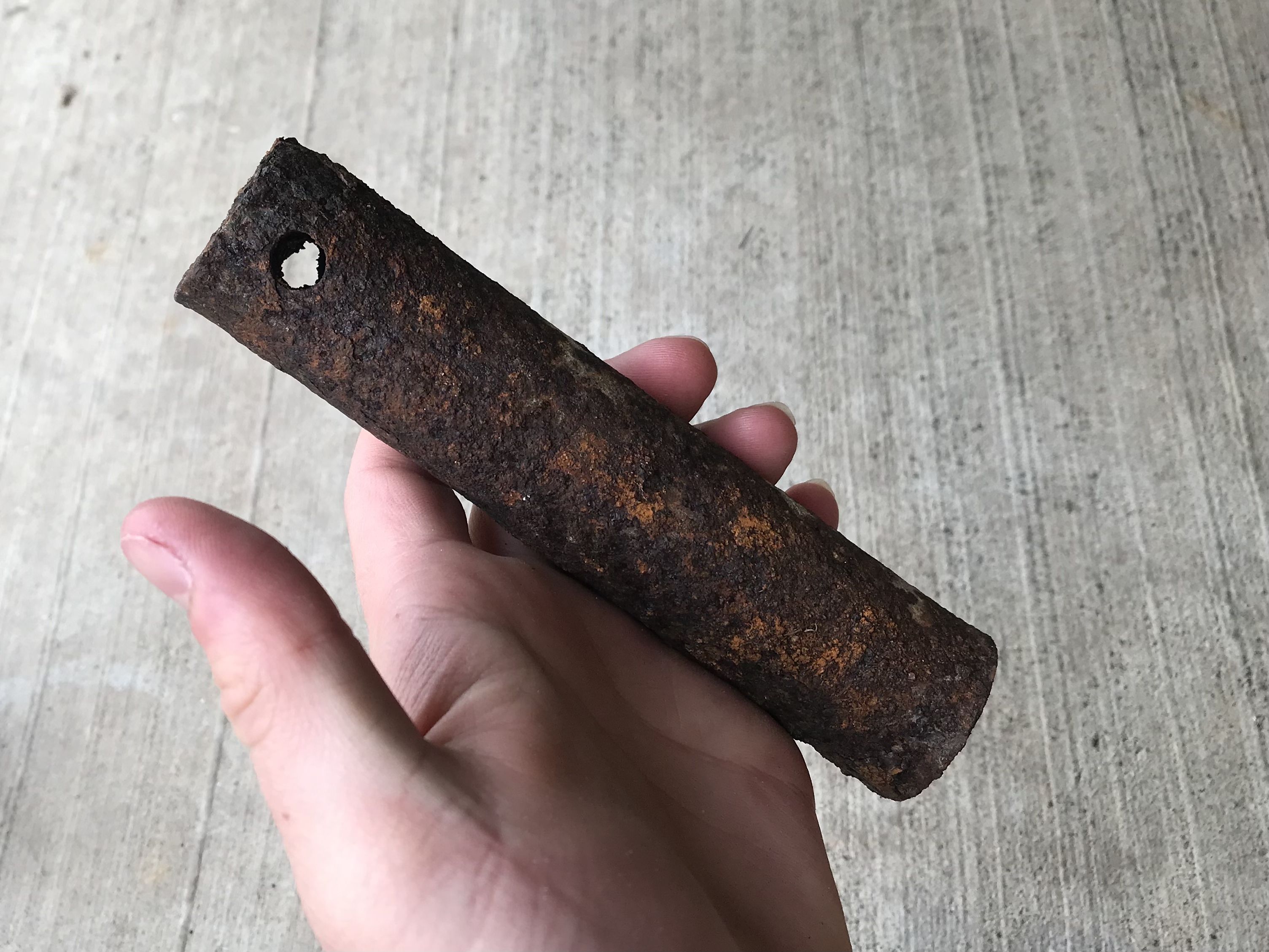 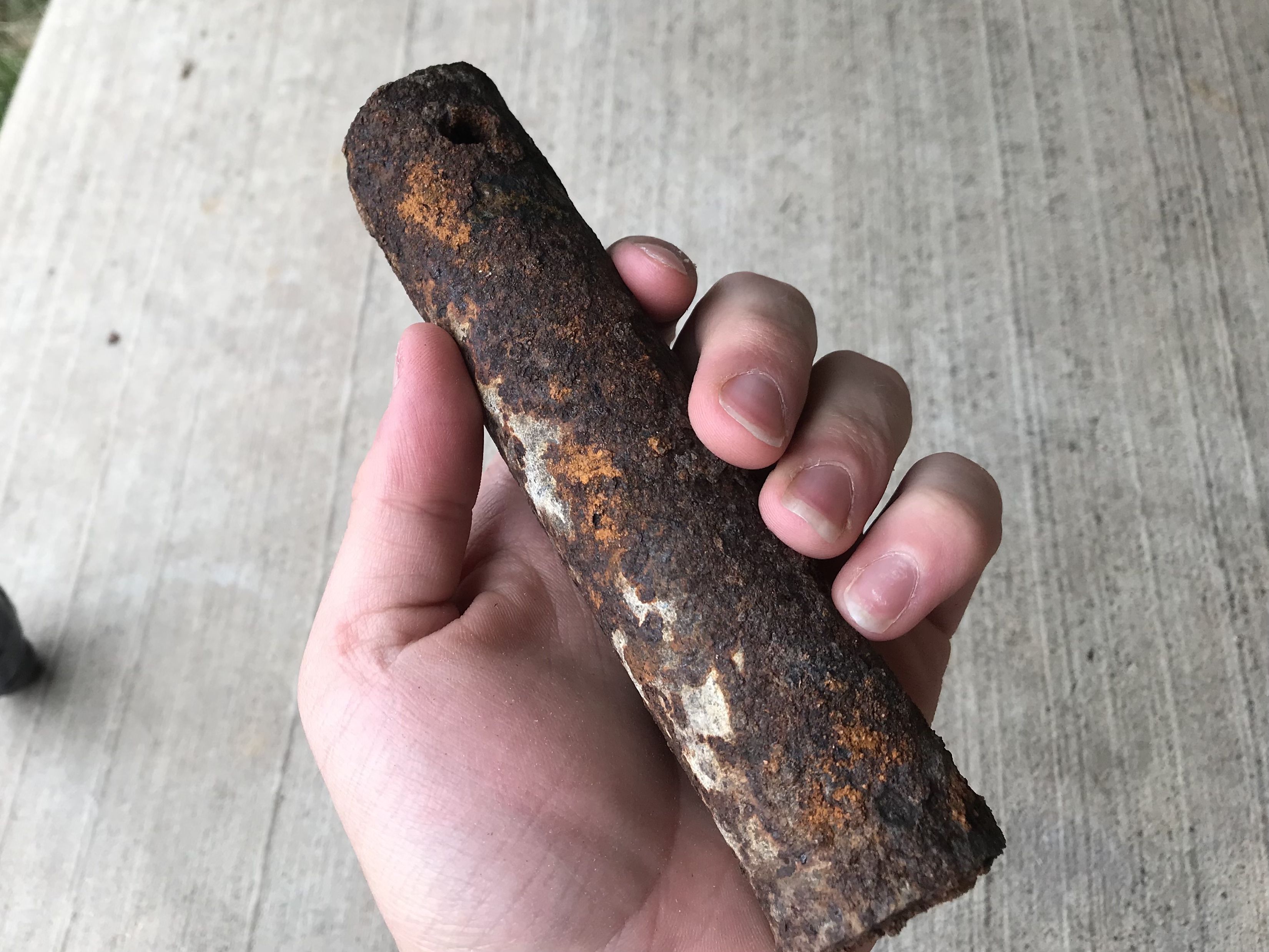 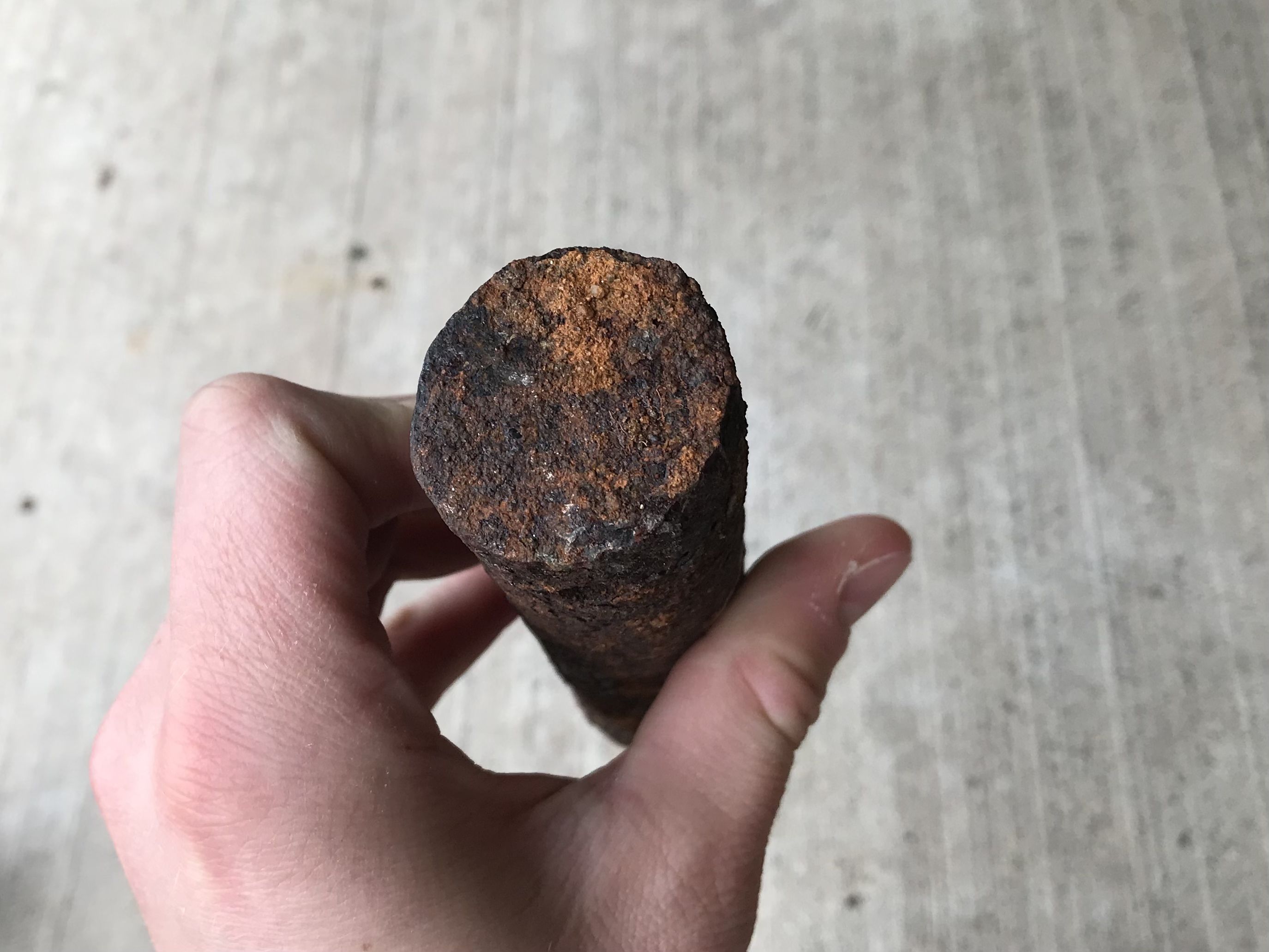 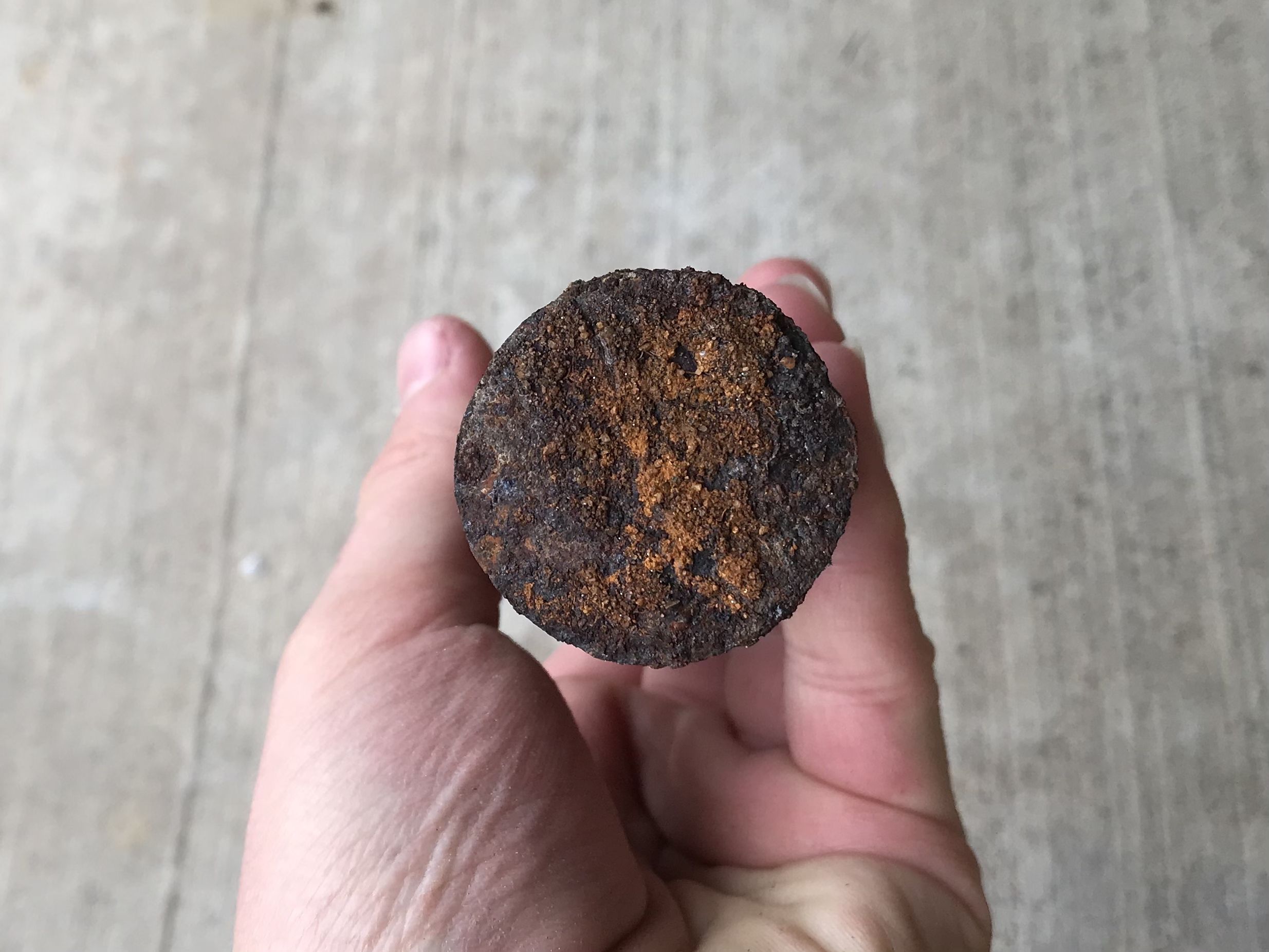 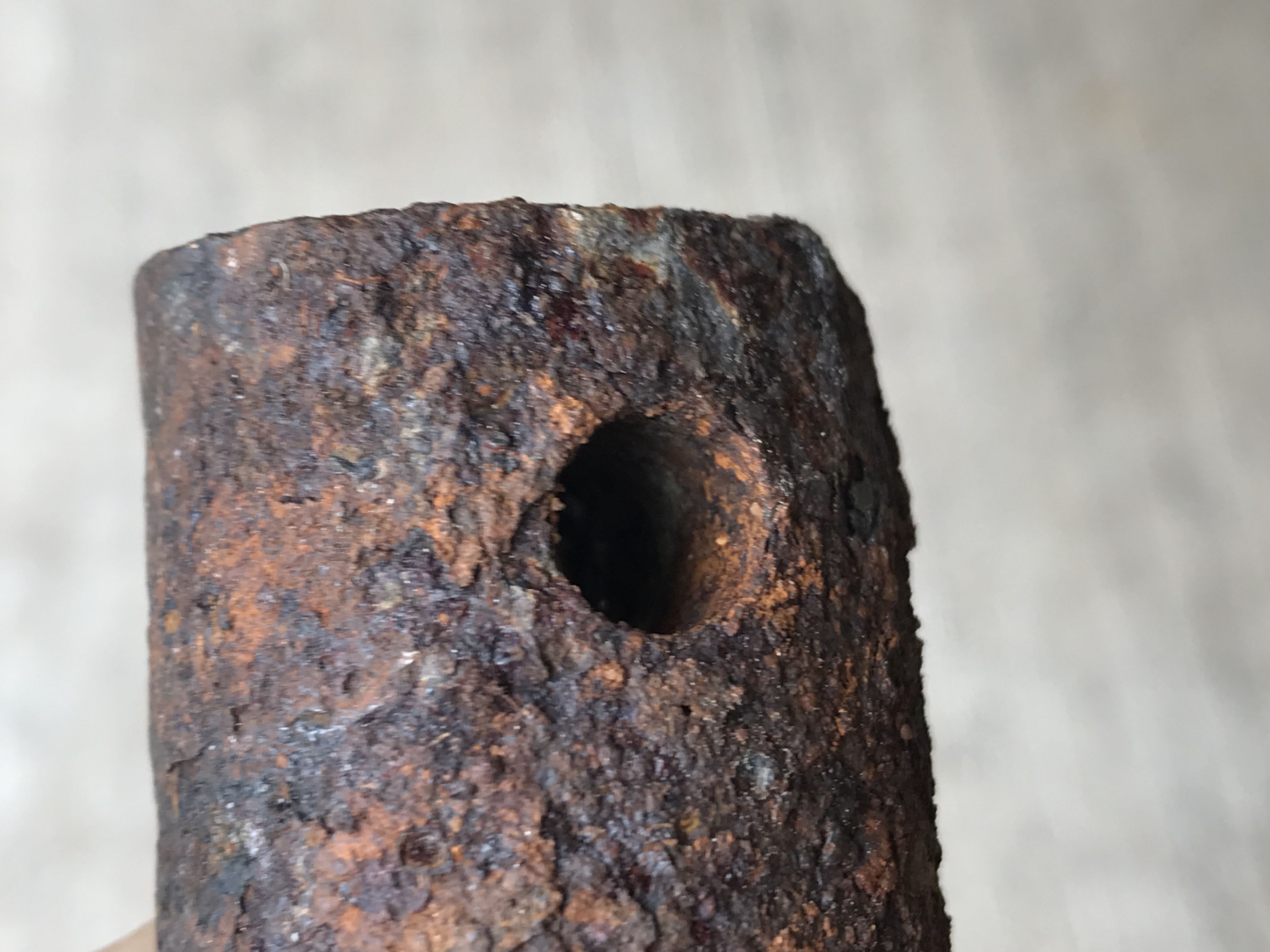 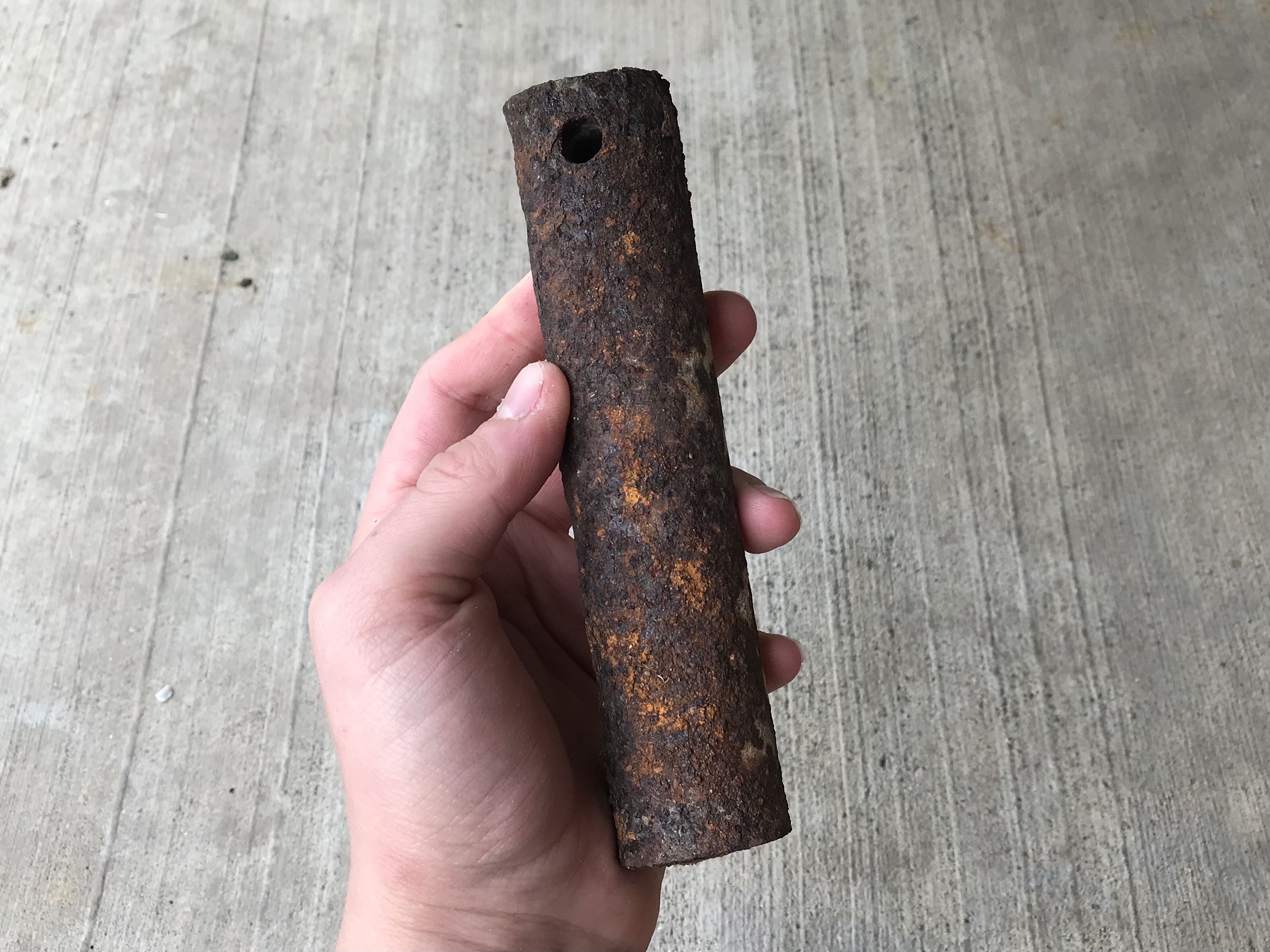 The second object is even more interesting. I have no idea what it is. It has an angle/step, between which they appears to be a weld. There seems to be some red paint remaining on some parts of it.

Here are some front, side, top, back, and bottom views of the object: 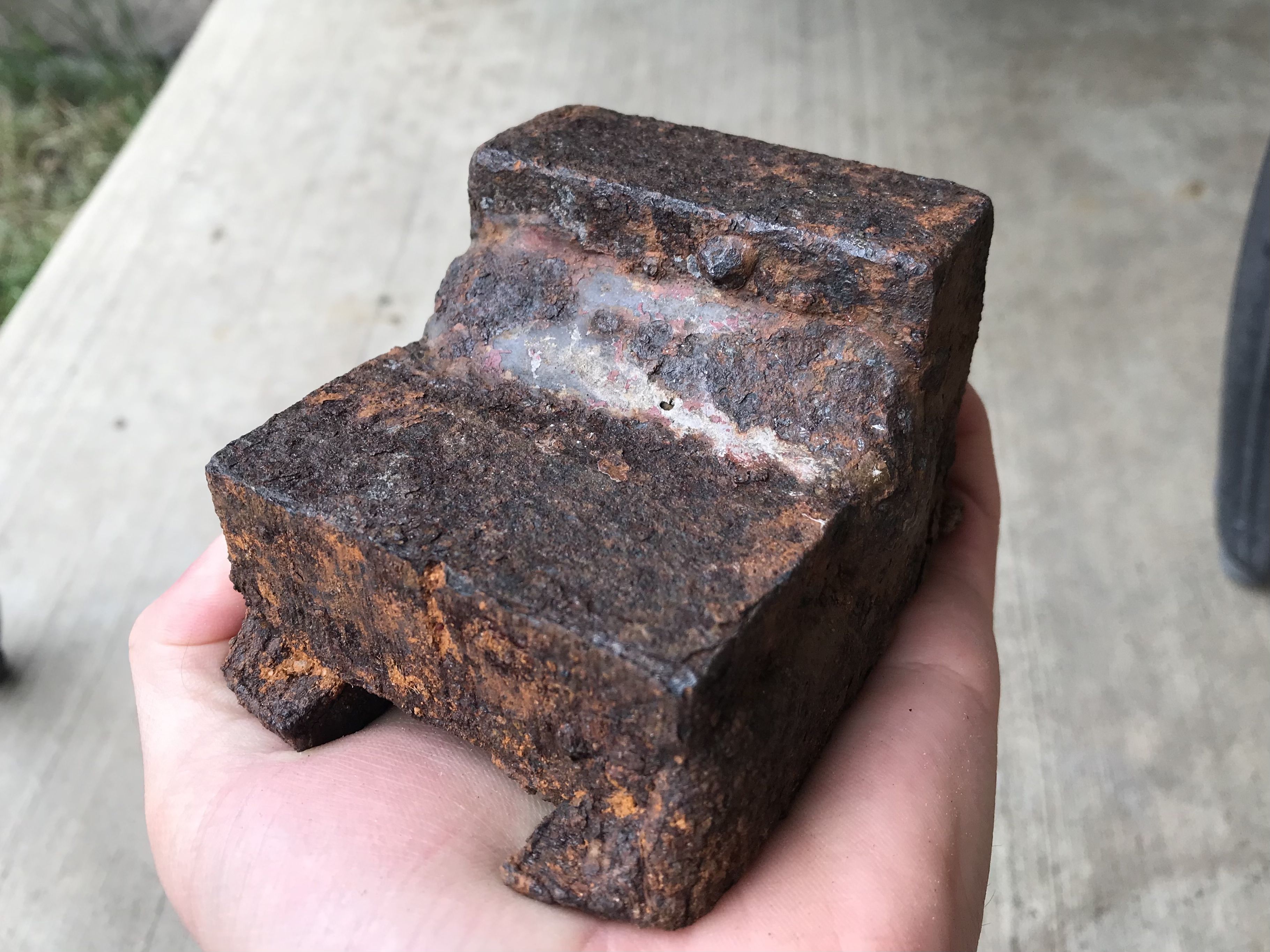 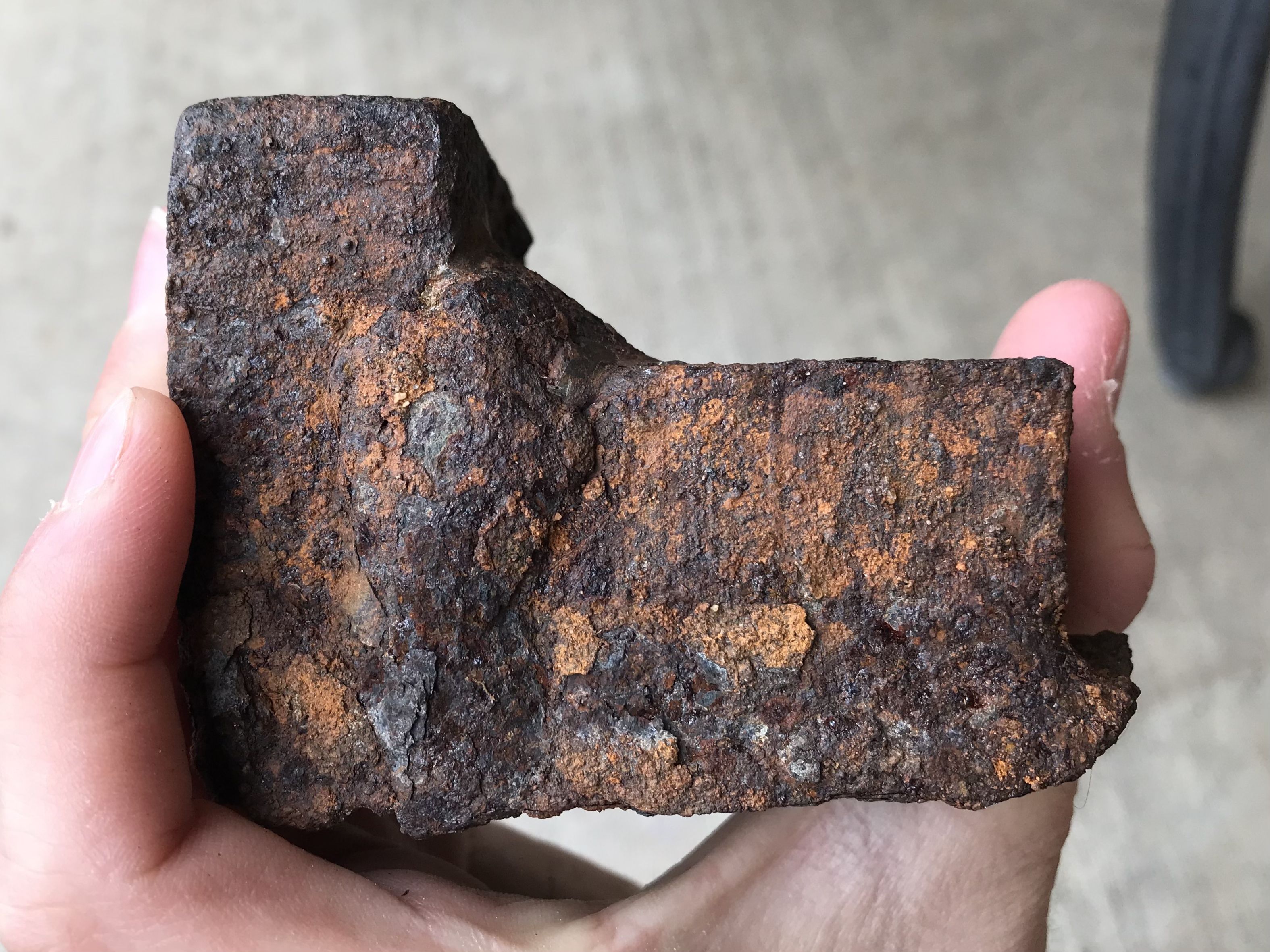 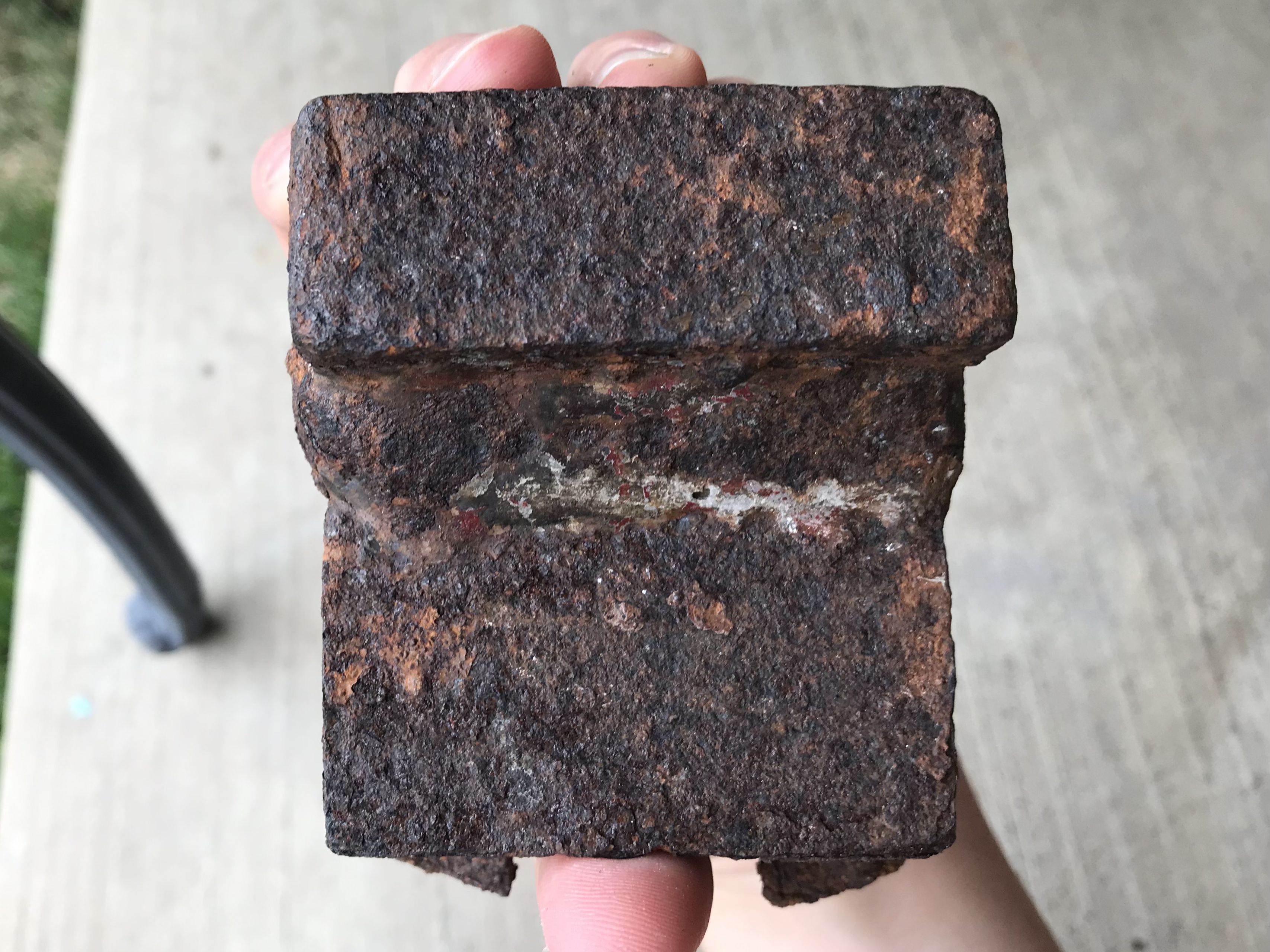 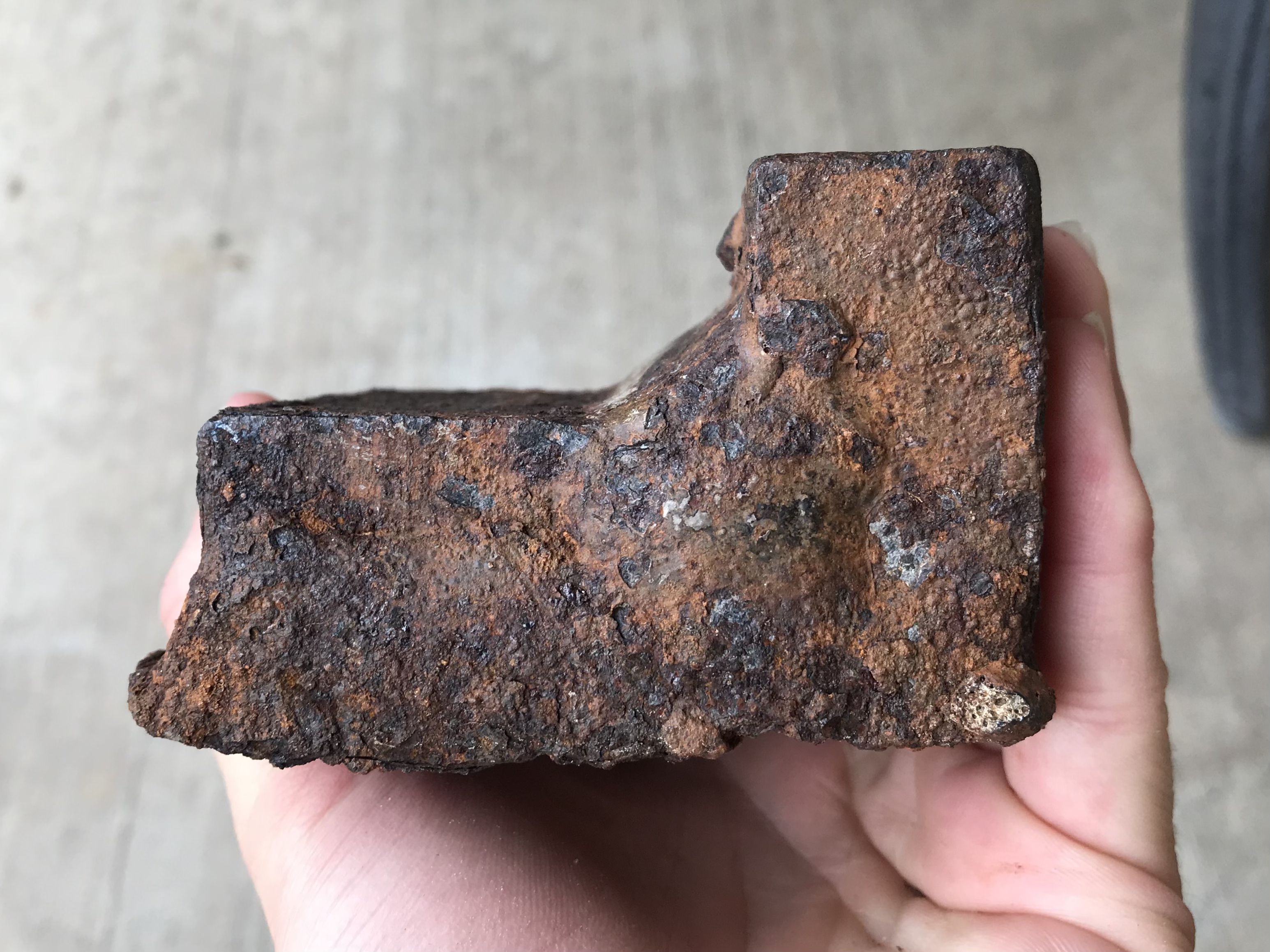 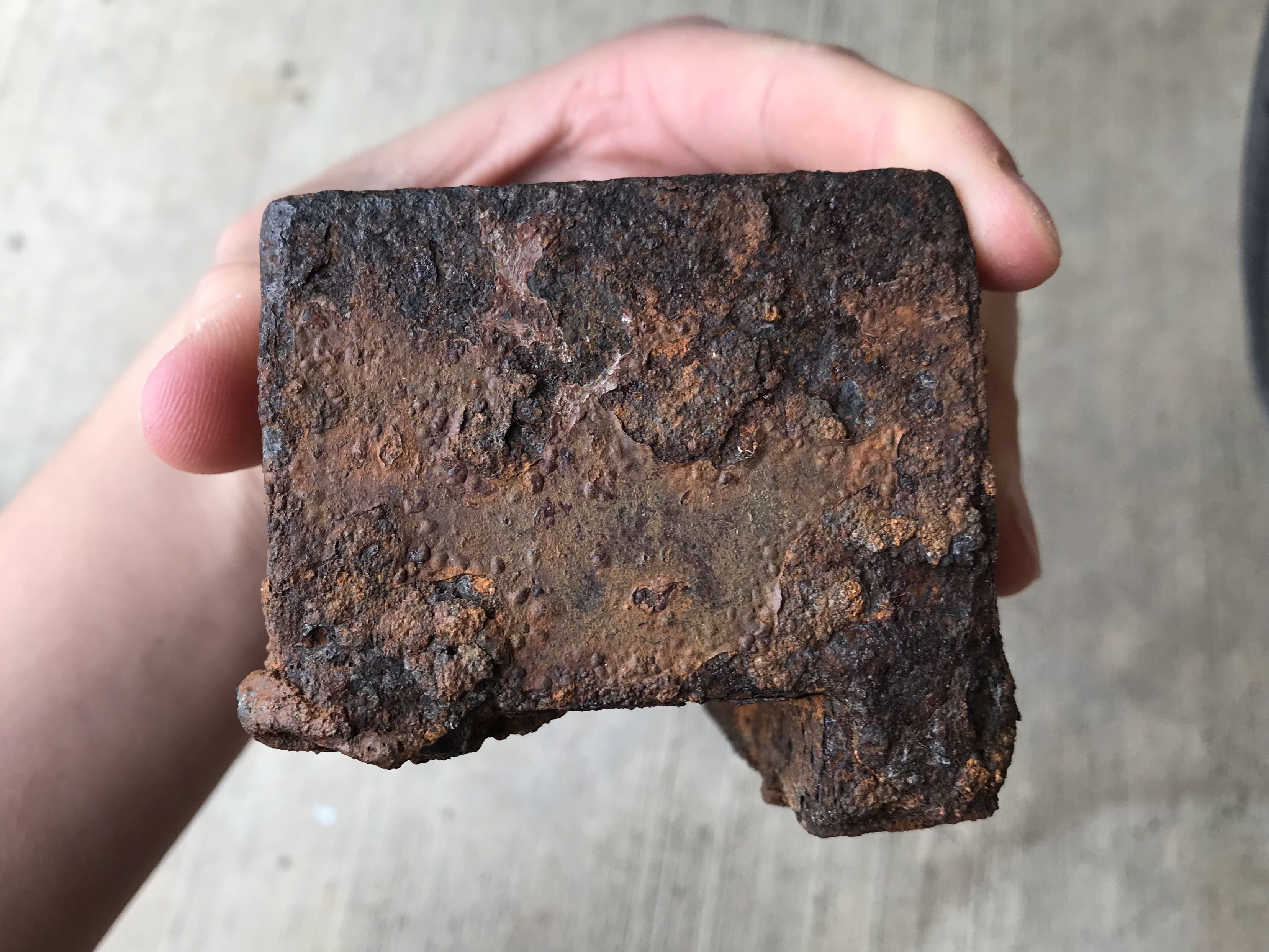 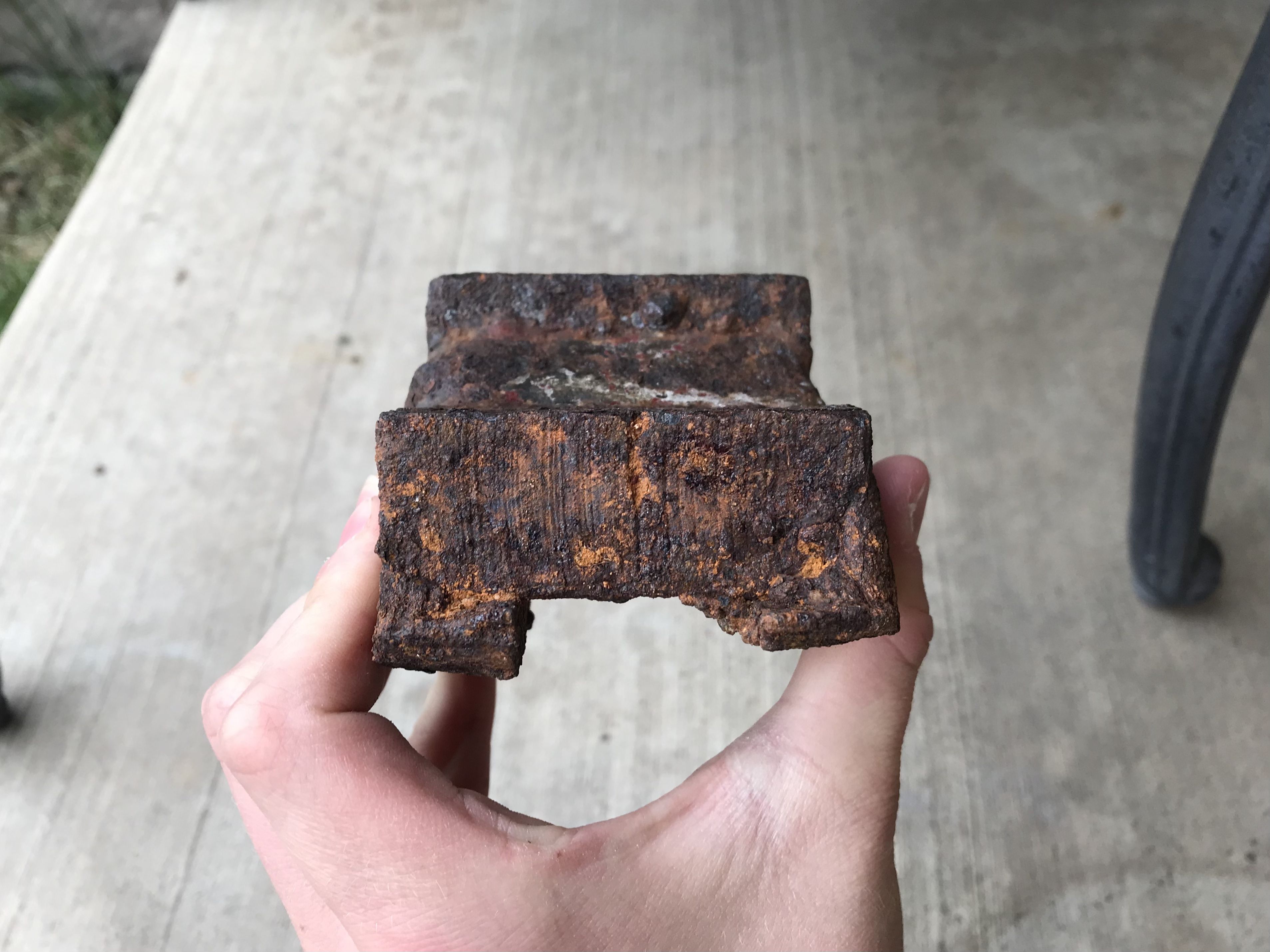 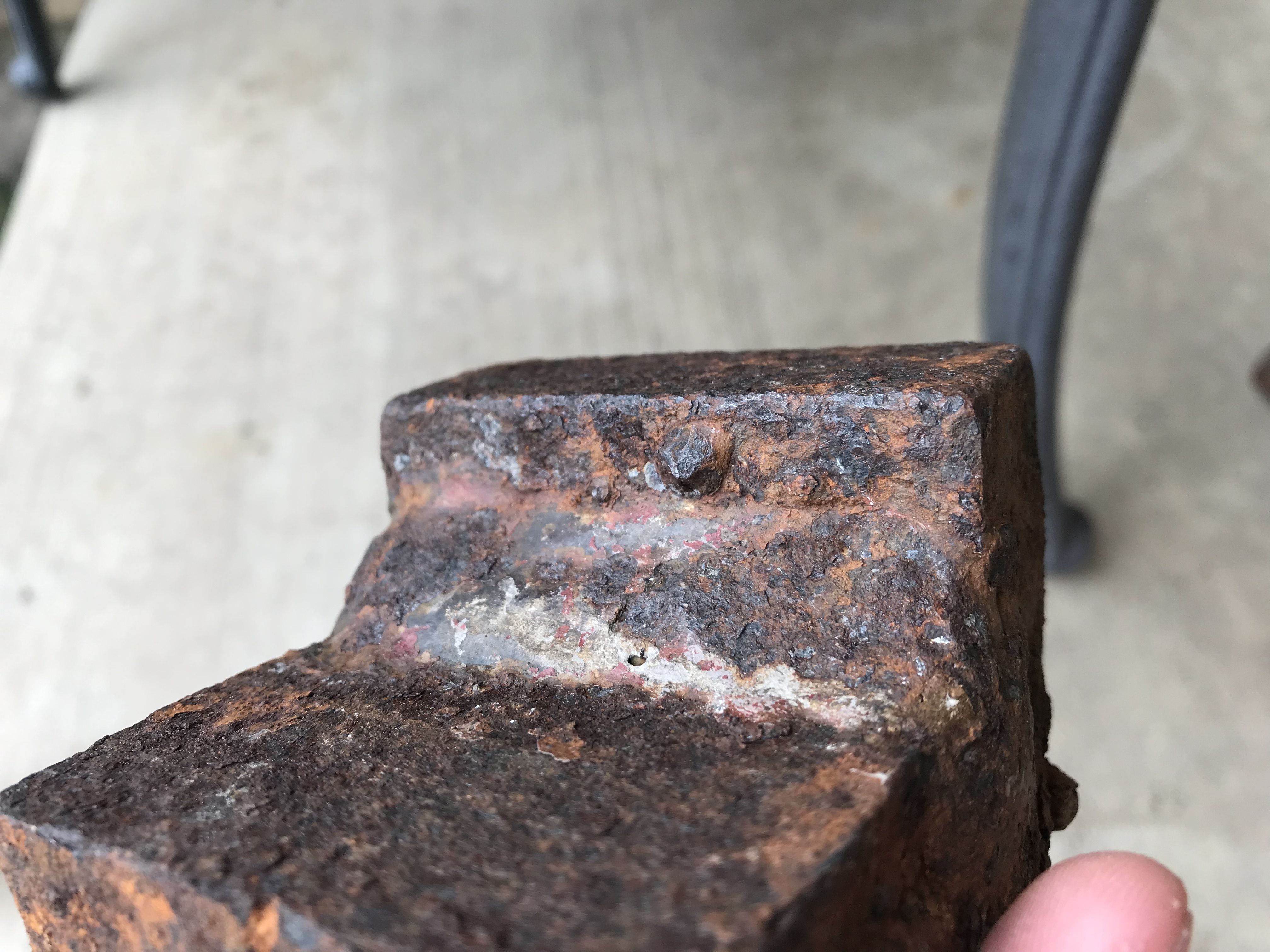 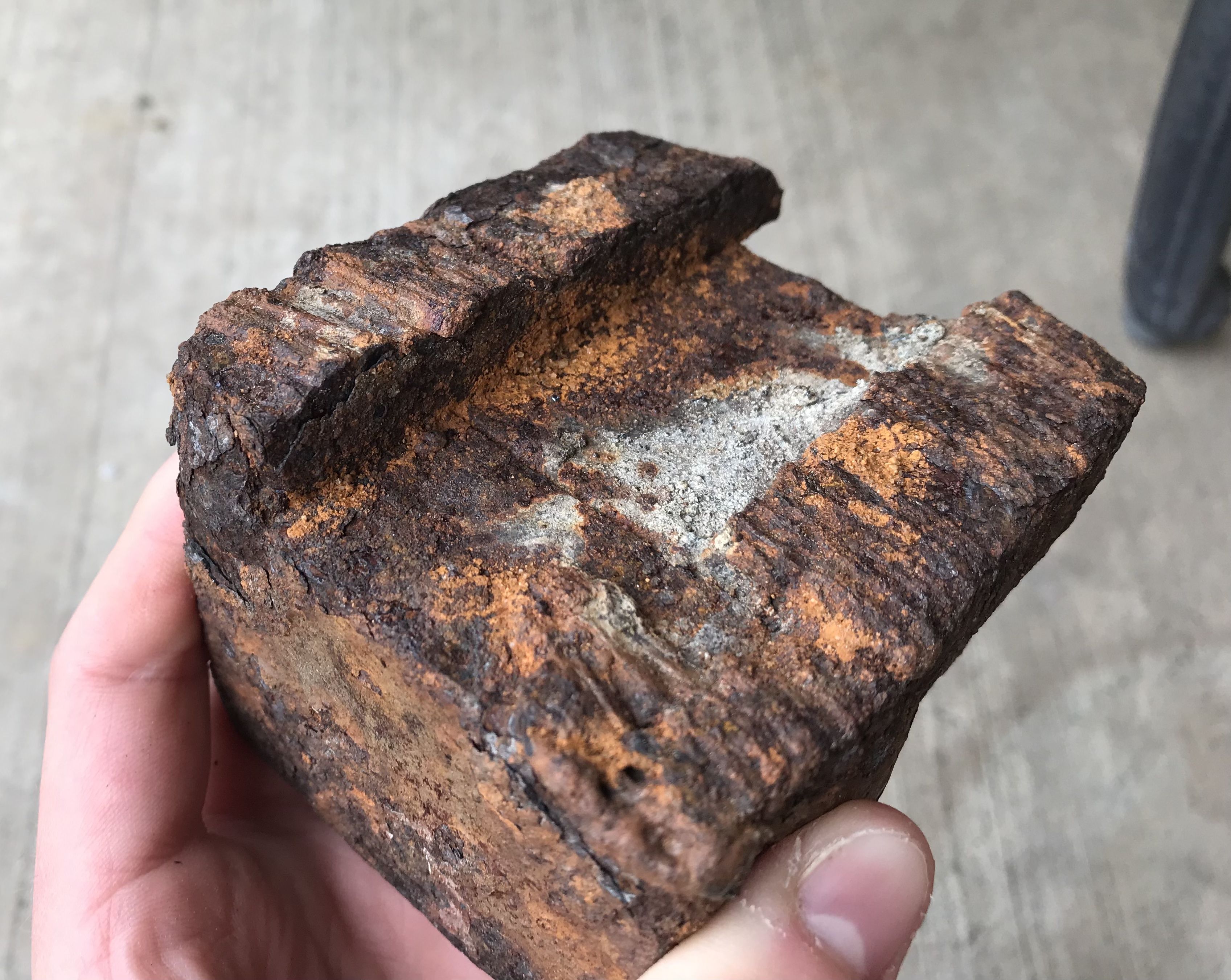 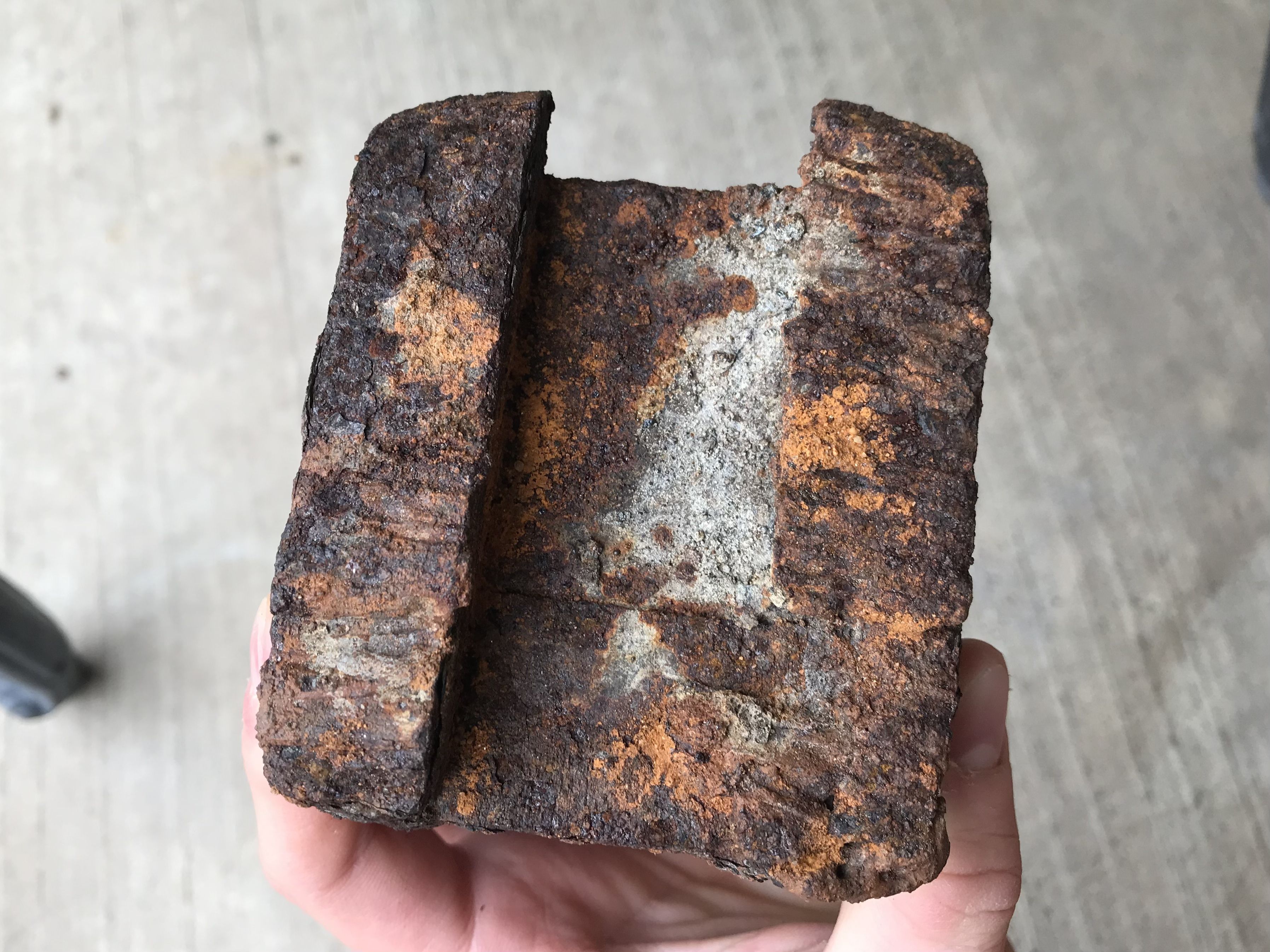 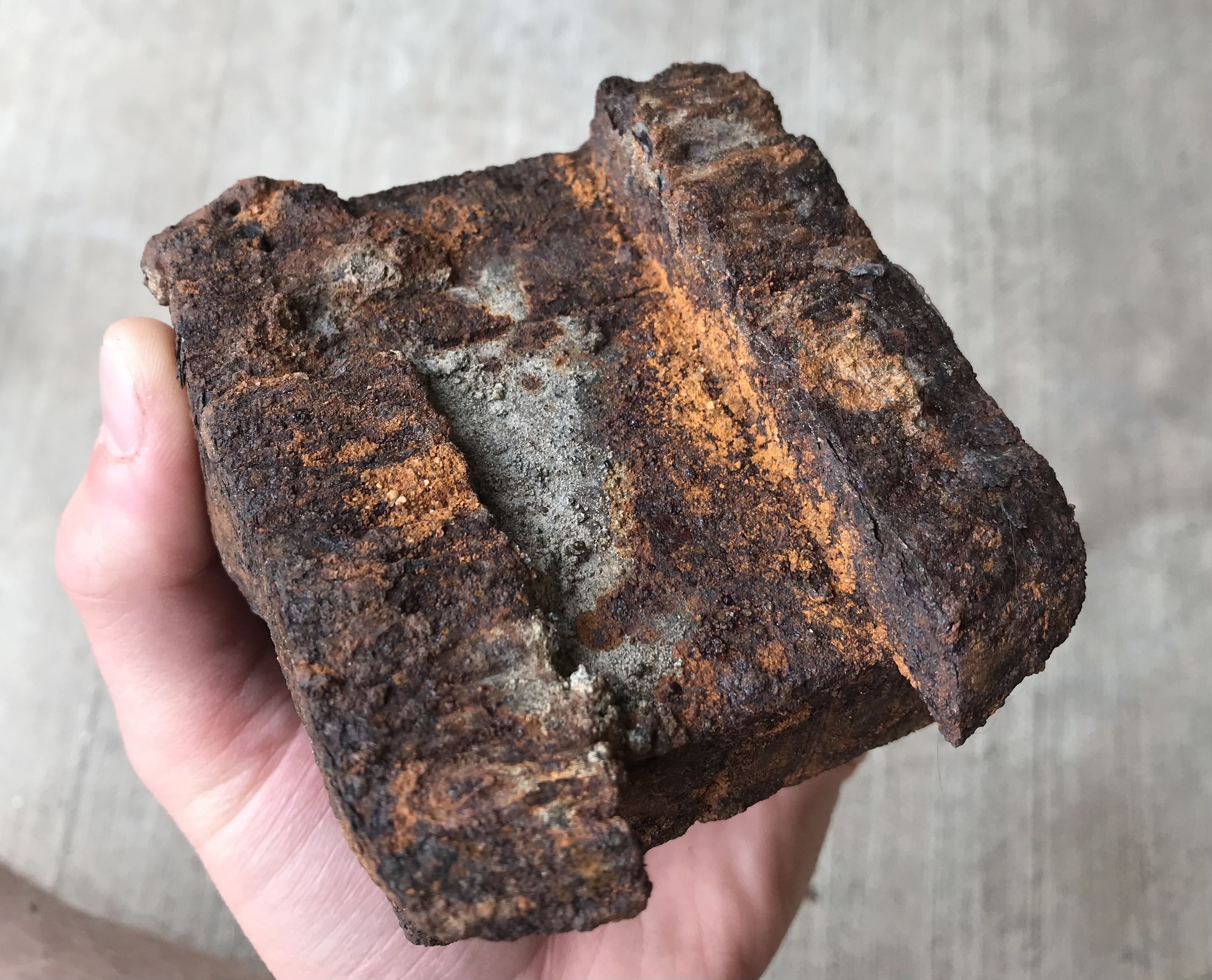 Sorry, I know that is a lot of images! These objects are so interesting I wanted to give as many views as possible

Any ideas?
Sort by date Sort by votes
OP
S

Also, I wanted to mention this interesting observation: It could be a coincidence, but the rod (first object) does seem to maybe fit into the bottom of the second object. 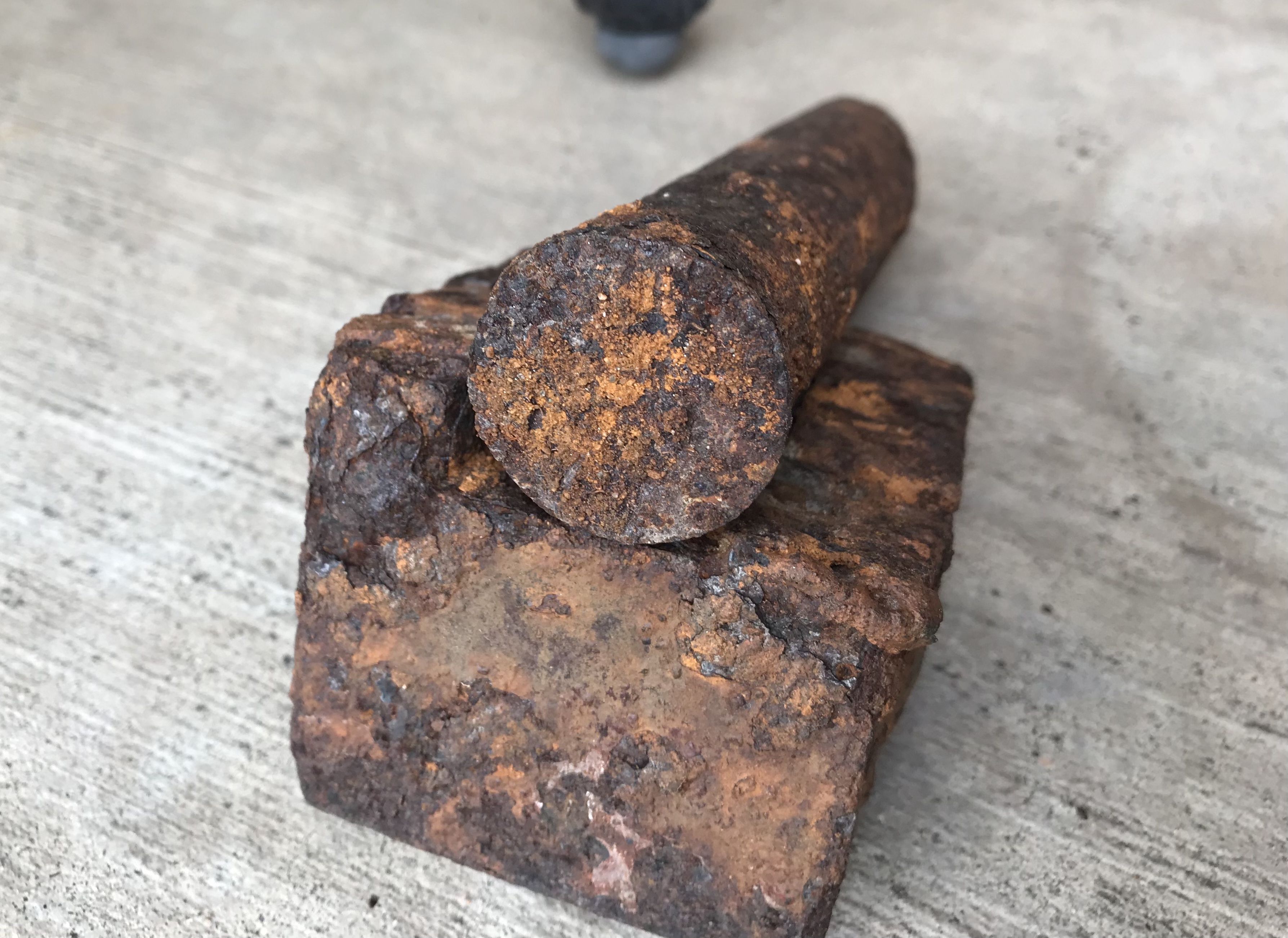 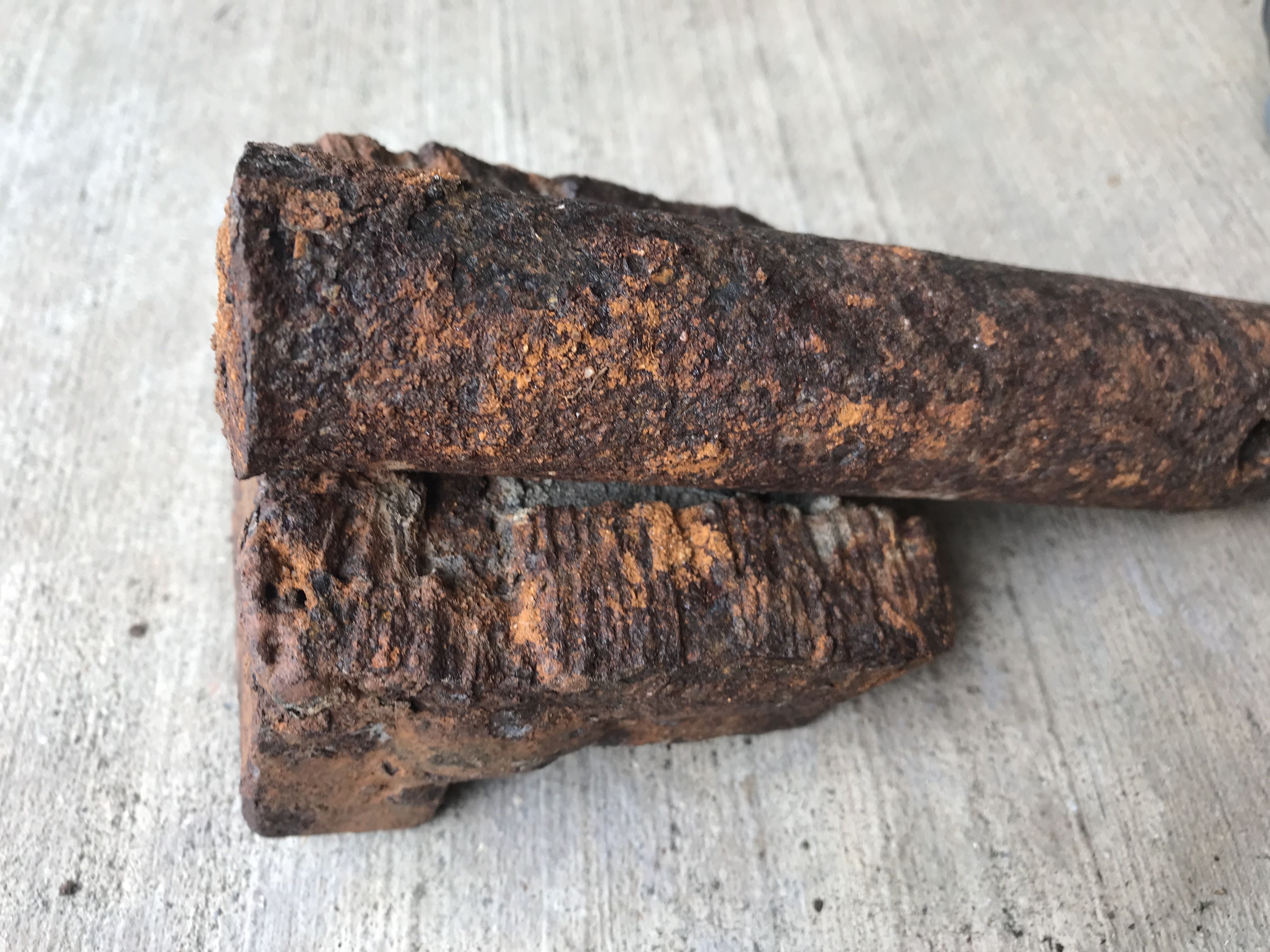 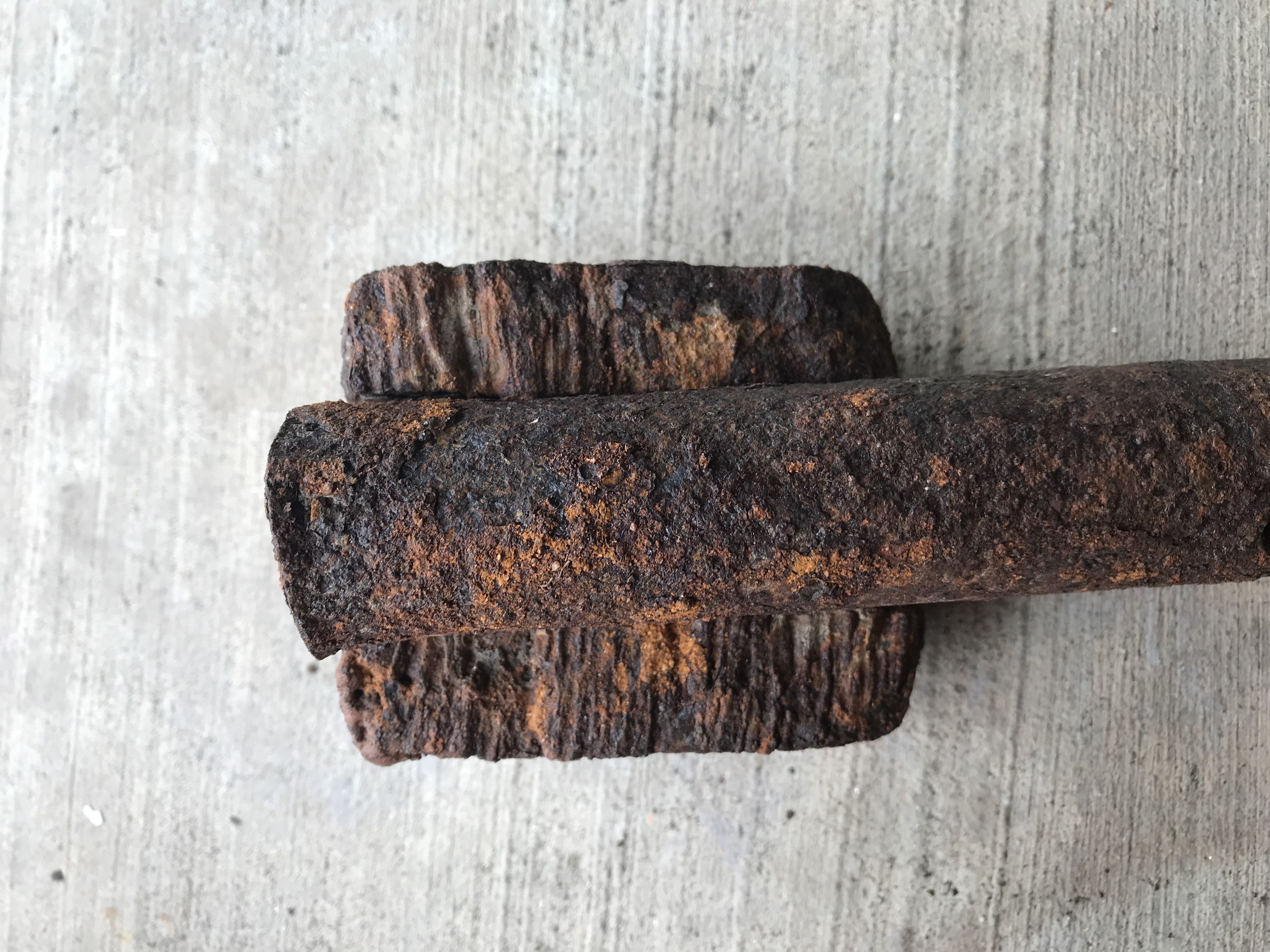 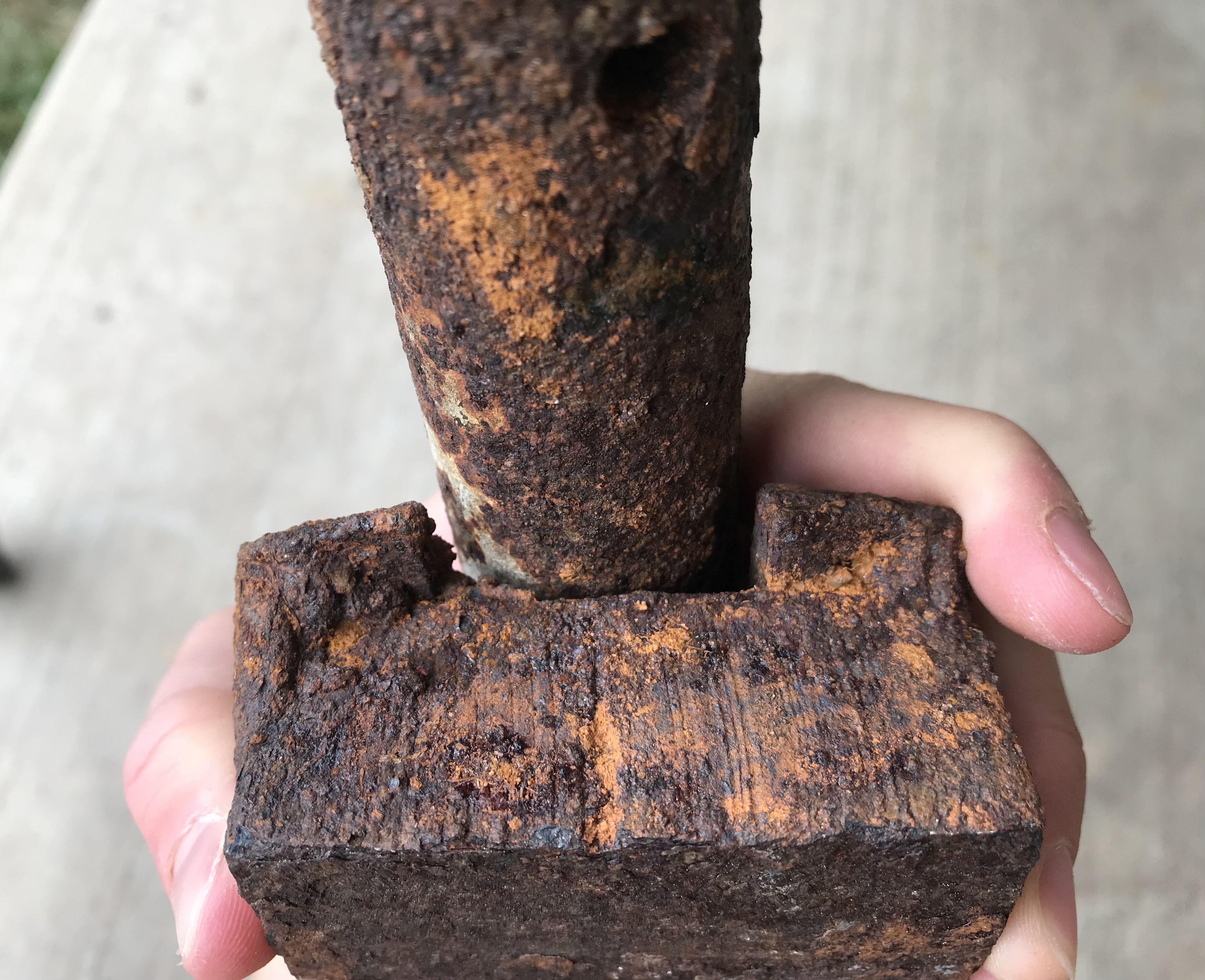 Well I see it was cut with a torch and has a weld , most likely a ride part cut off during a repair.
Upvote 3
OP
S

ticndig said:
Well I see it was cut with a torch and has a weld , most likely a ride part cut off during a repair.
Click to expand...

Oh the bigger piece, right? Is that why it has that striated and molten appearance?
Upvote 1

The "long" one might be a depth sounding weight ... if this was found on farm then it was used for a well to determine the water levels.
Upvote 1

SorenCoins said:
Oh the bigger piece, right? Is that why it has that striated and molten appearance?
Click to expand...

yes that edge is from an oxy acetylene torch
Upvote 1

The round item could be a window sash weight.
Upvote 2

My first thought on item #1 was "window sash weight". But the edges around the hole are typically beveled on those so they don't cut into the rope... 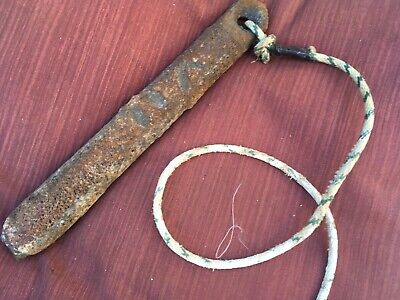 Long piece is either a pin or axle shaft.
Upvote 1

Pin (straight pivet) for the loader on a tractor. The hole is where the cotter pin goes through.
Still use that type
Upvote 1
You must log in or register to reply here.

It's on the tip of my tongue... metal detecting find