🔎 UNIDENTIFIED It's on the tip of my tongue... metal detecting find

I feel like I have seen something very similar to this item before, but I can simply not place where, when, or what it is. I found this metal detecting at a site in Colorado where a fair has been held since the 1970s. I noticed using Google Earth that there used to be some sort of homestead or farm (with multiple buildings) at this site as well. There were images of it there in 1937 and in 1955. I found this object down by where the farm would have been located. 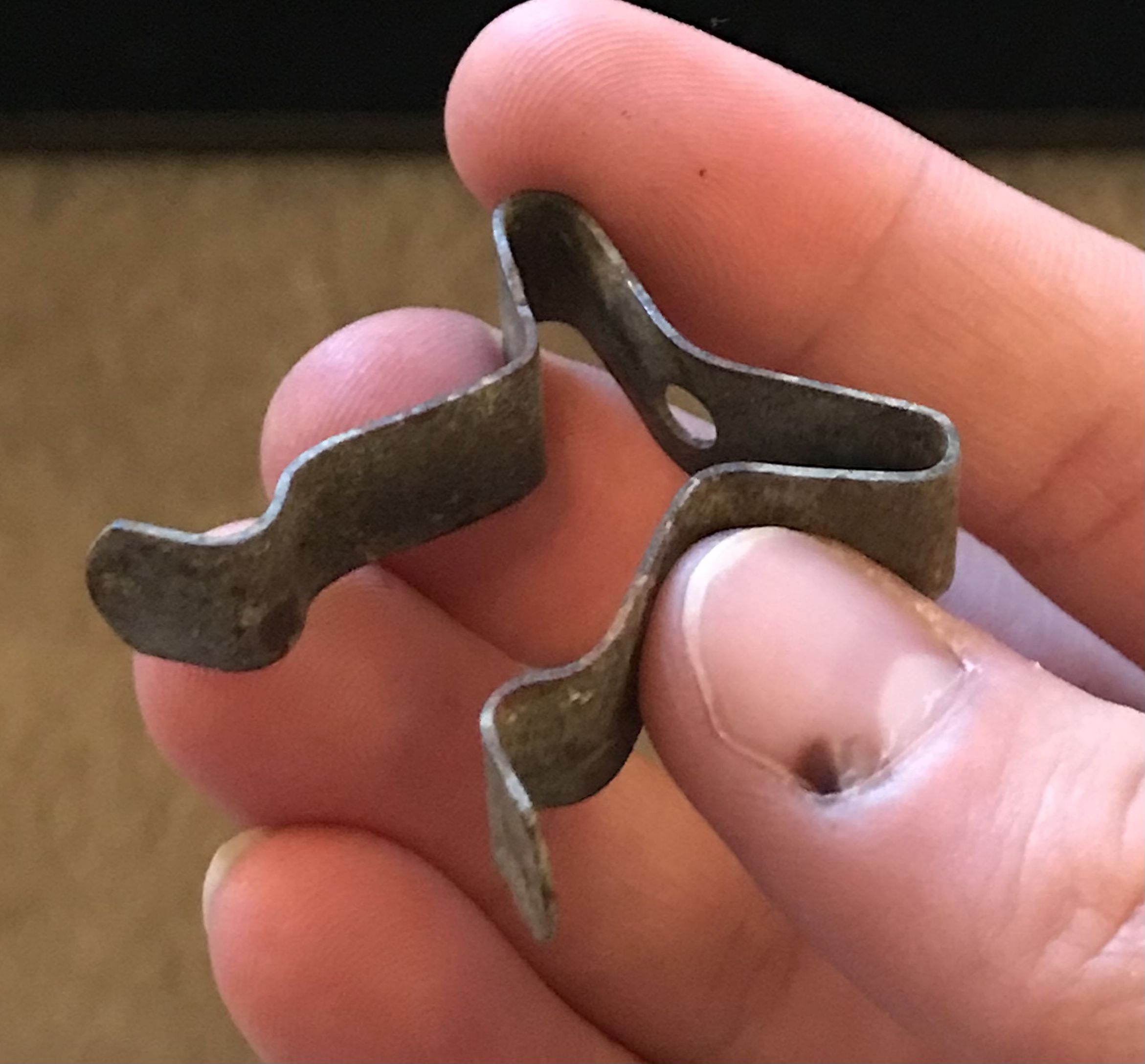 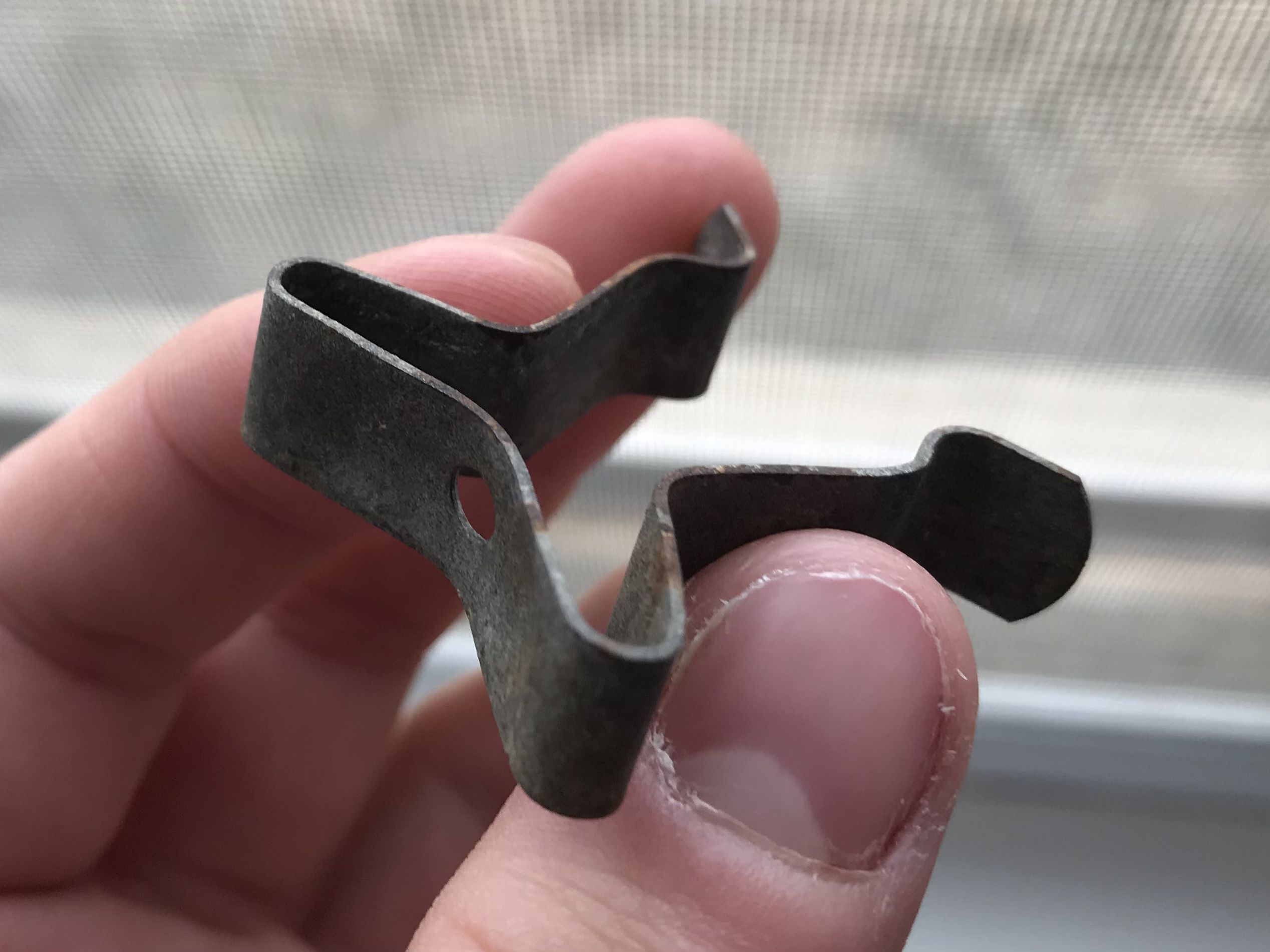 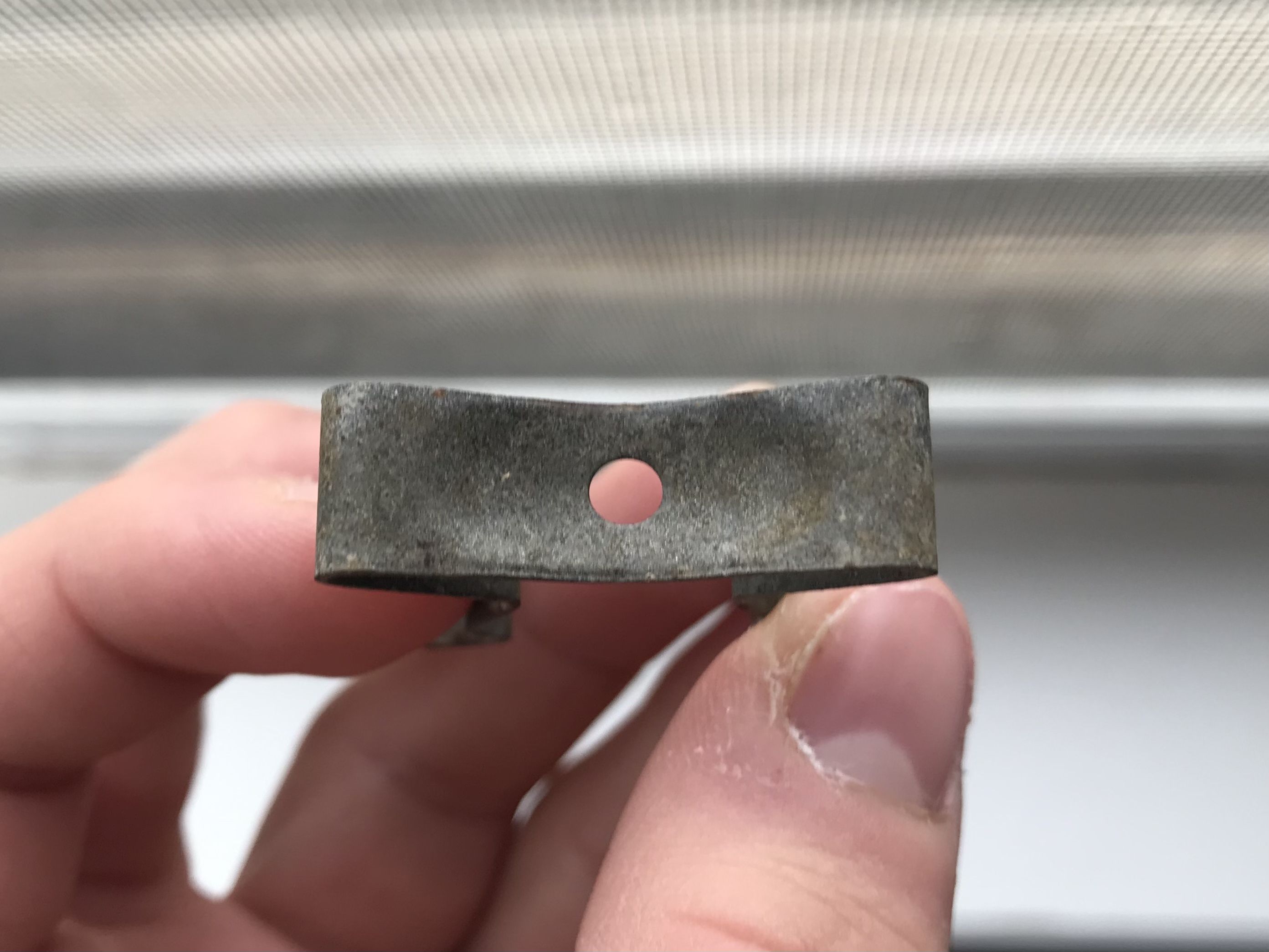 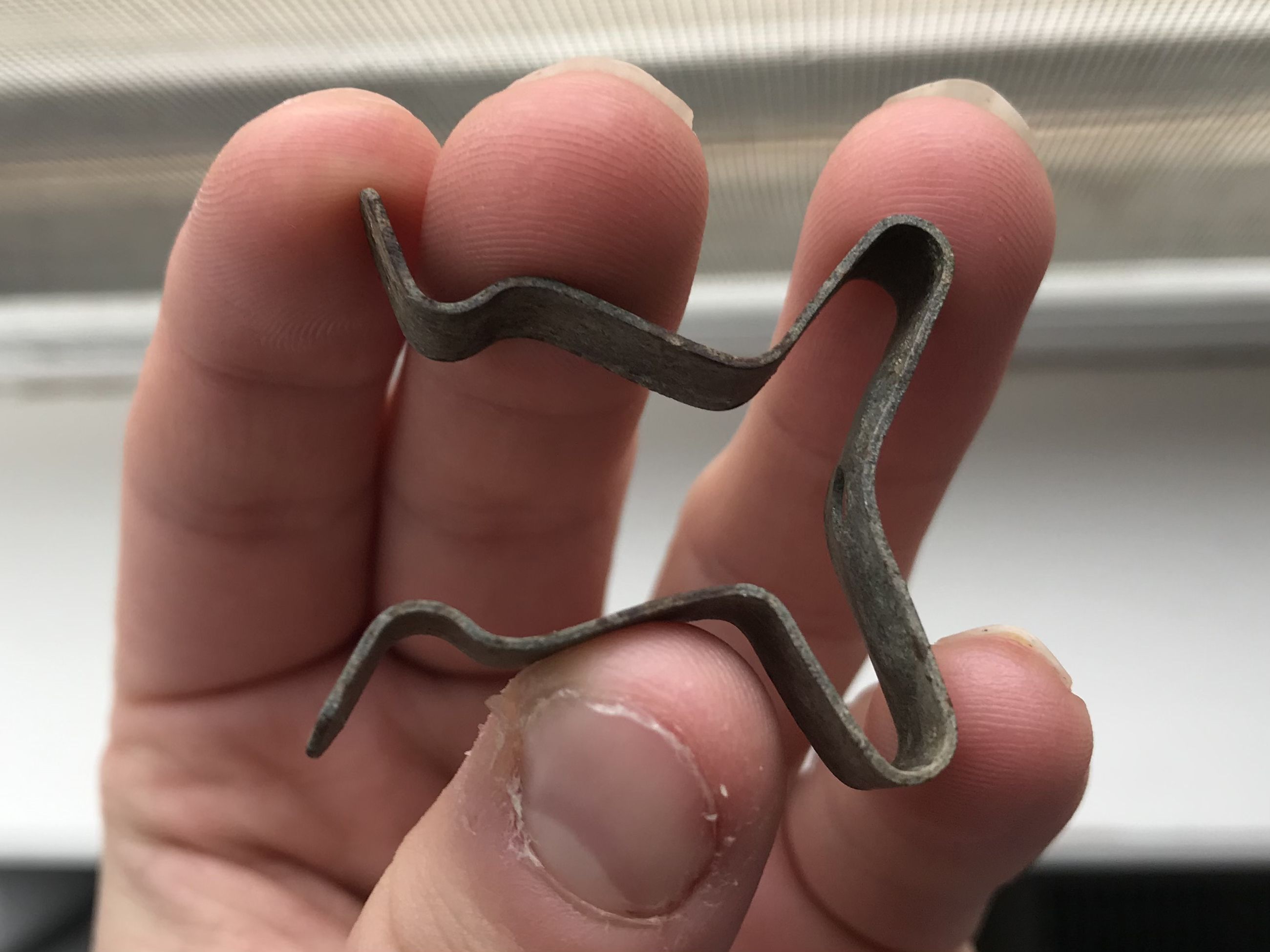 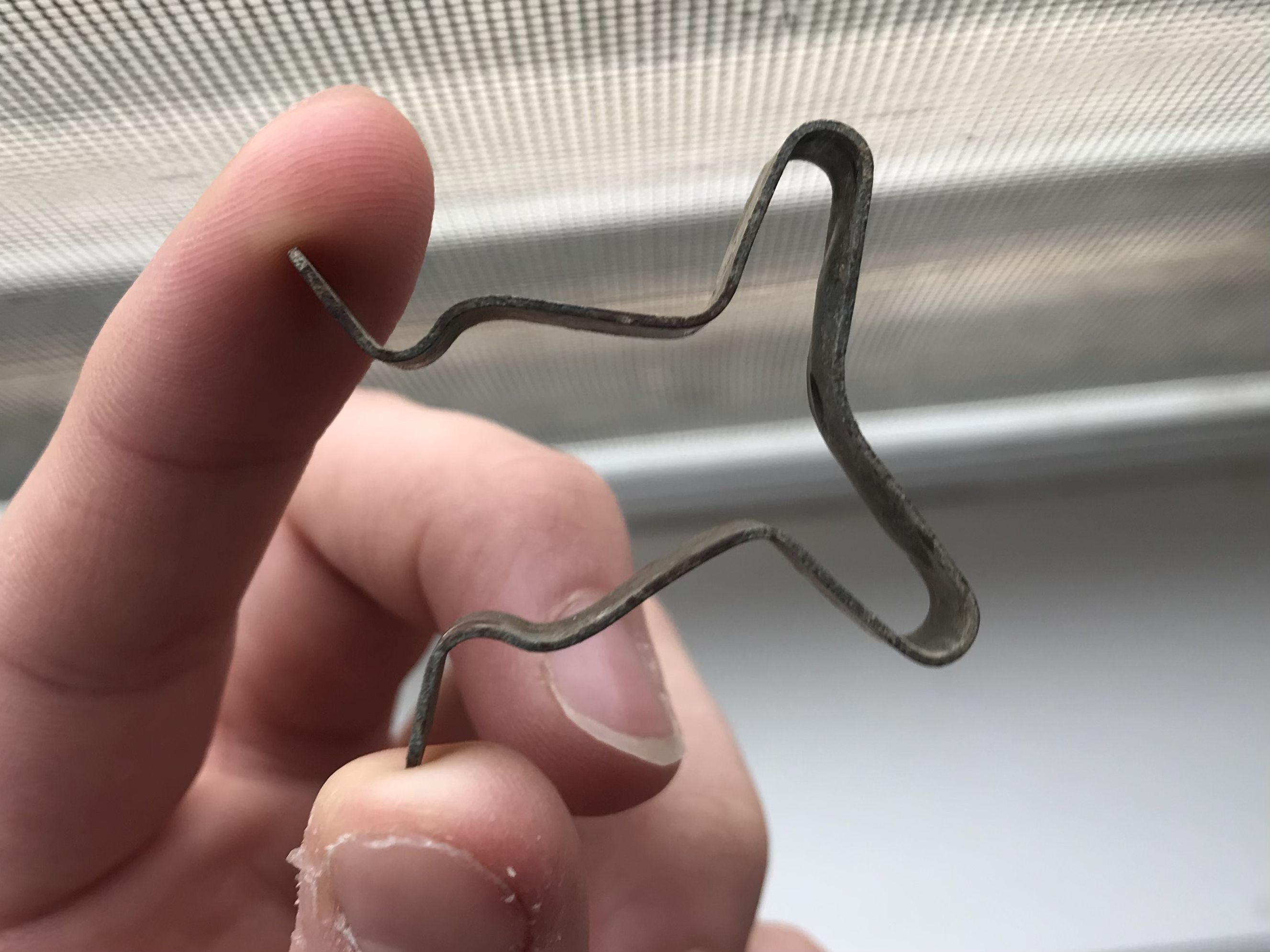 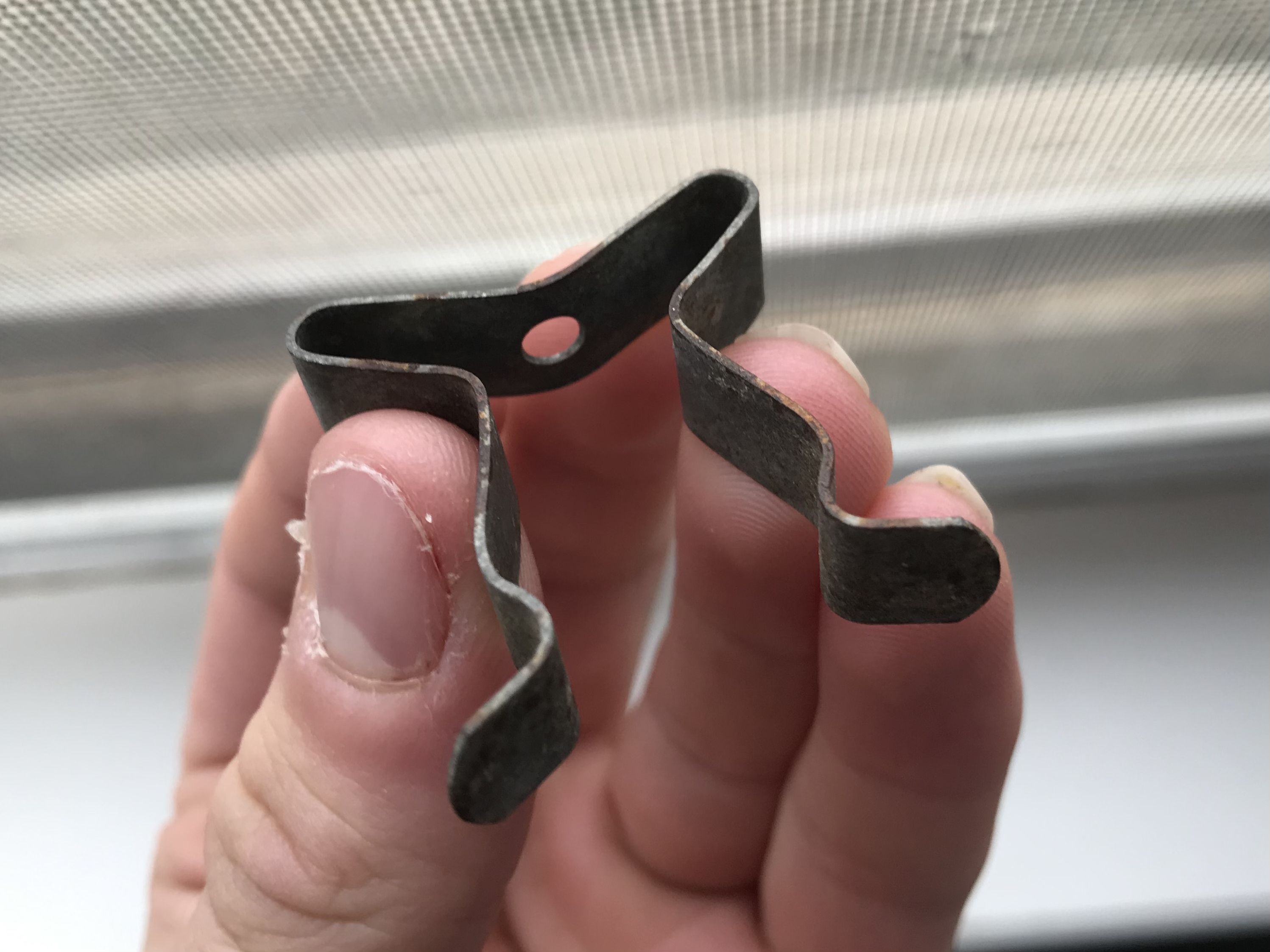 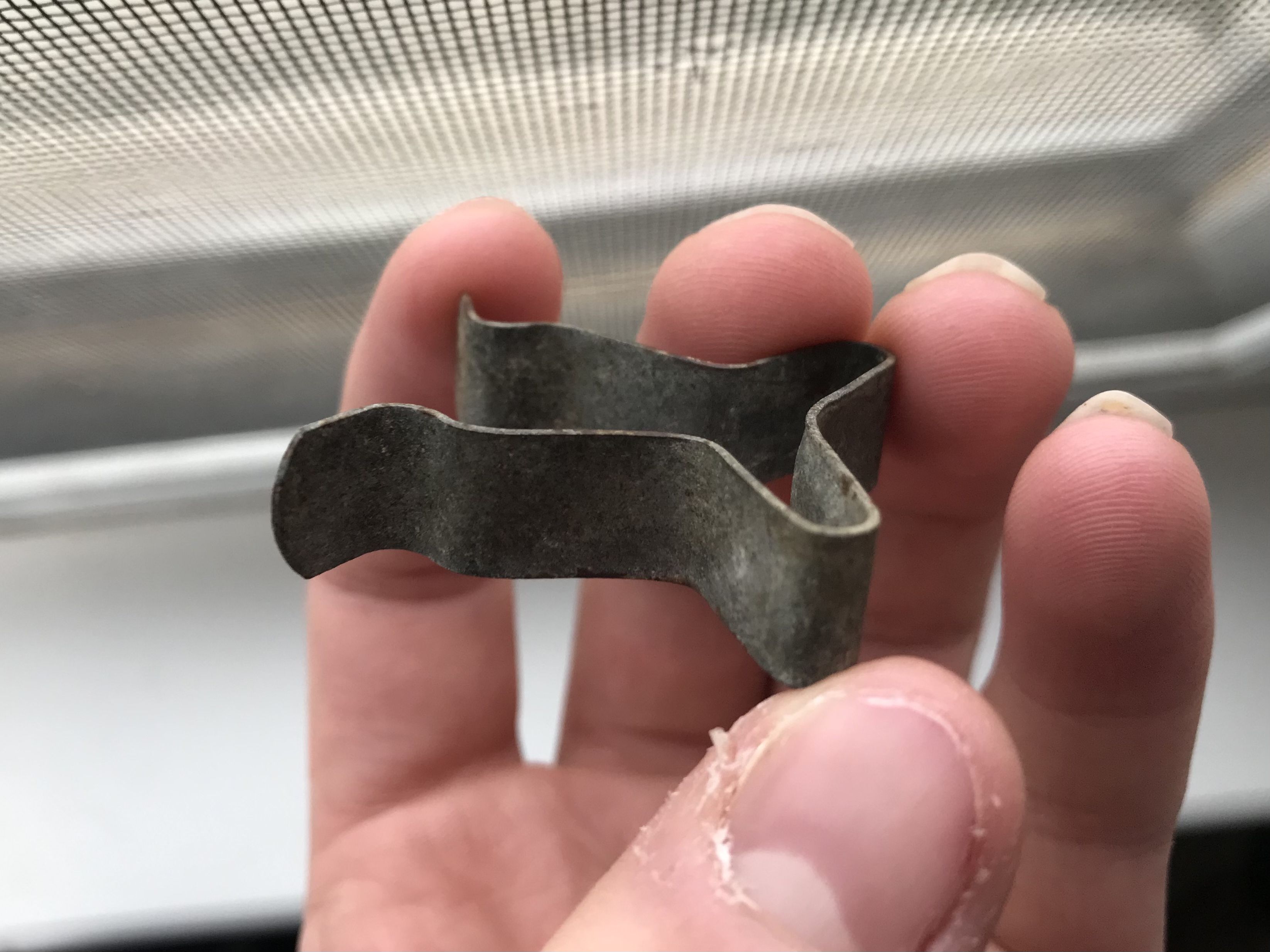 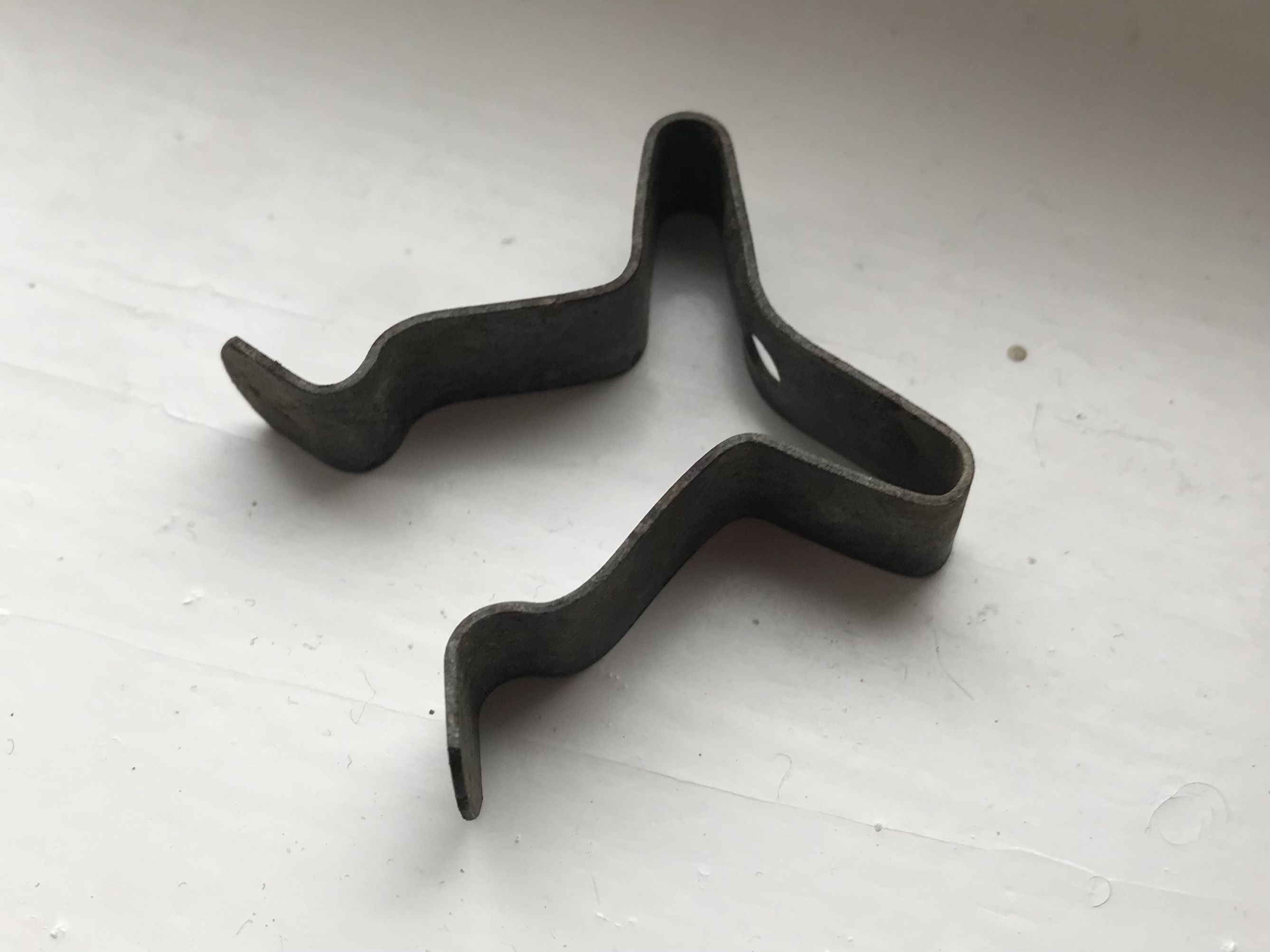 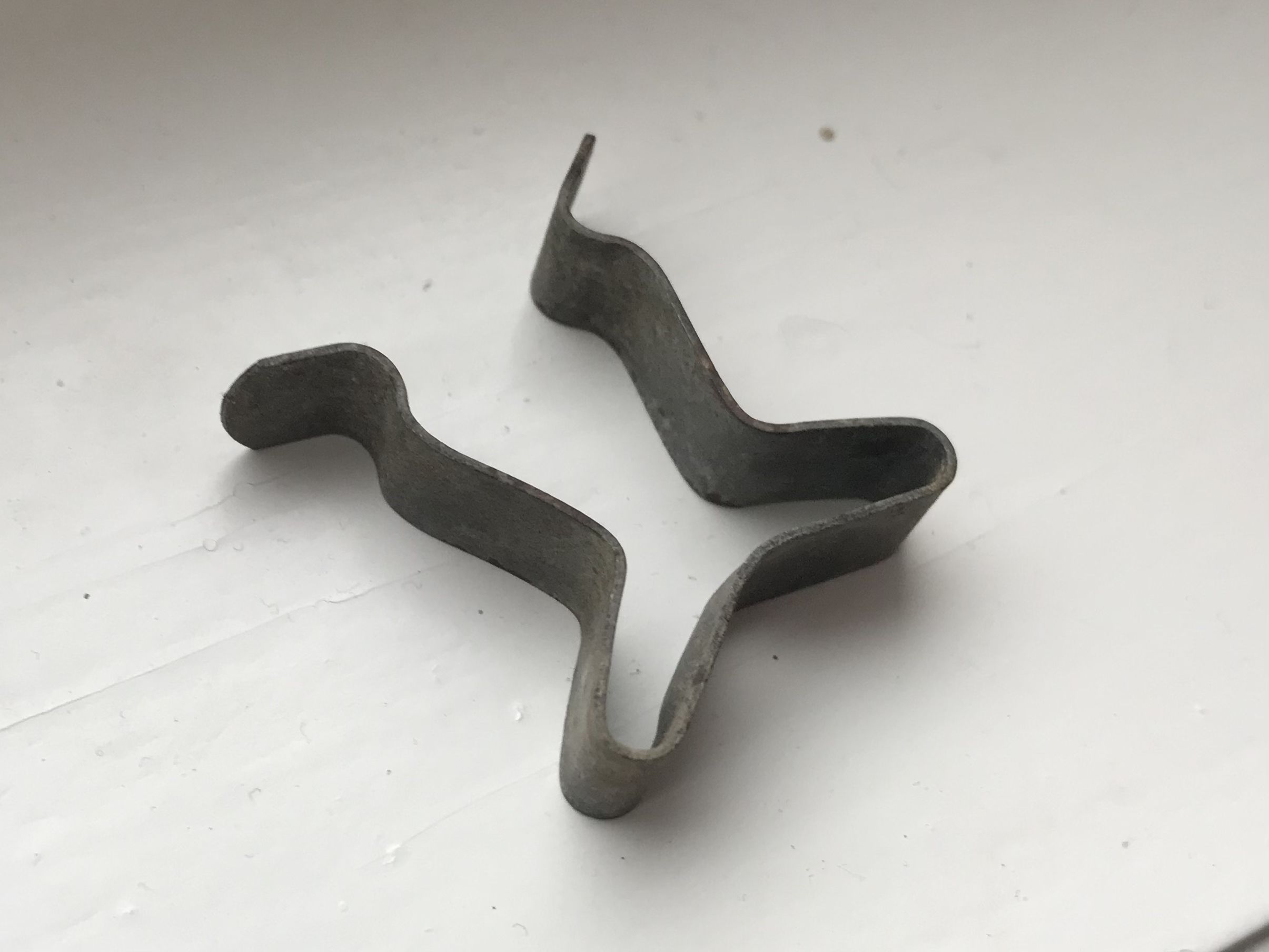 I wonder if it like an adjustable pin of some sorts. It has some bend-ability, as though maybe the two "prongs" were meant to be squeezed together and put into something so that it would hold something in place? Just a guess.
Sort by date Sort by votes

Its a clamp for holding broom etc
Upvote 14 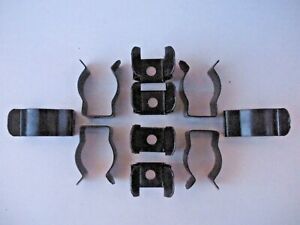 ARC said:
Similar to these..

Yep,nail or screw it to the wall,place the broom or mop handle in it and Voila,there it is next time you need it.Good one ARC!
Upvote 3

I hereby nominate releventchair to the White House office of Chief of naming things.

My boss as a kid walked with a cane and he had 2 screwed into the hood on the tractor to clamp his cane into.
Upvote 3

I wonder if it like an adjustable pin of some sorts. It has some bend-ability, as though maybe the two "prongs" we
Click to expand...

Mounted onto a wall
To hang the broom outta the way until needed again!

SorenCoins said:
re meant to be squeezed together and put into something so that it would hold something in place? Just a guess.
Click to expand...

Pool que holder
Upvote 1
You must log in or register to reply here.