Some sweet silver and a nice Indian Head.

Detecting on a new permission today. House was built in the early 30s and is a rental so a lot of recent activity. Figured it would be full of a lot of junk but it wasn’t bad.

One of the first finds was this silver (sterling I think) pendent. 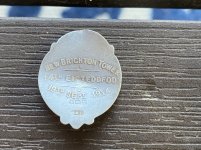 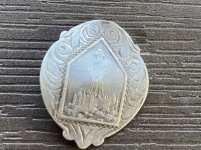 Makers mark has an A&B then an Anchor Lion and P which lines up with silver smiths in Great Britain.

The tower was dismantled in 1919 and the Beatles appeared to play in what was left of the ballroom until a fire in the 1960s. 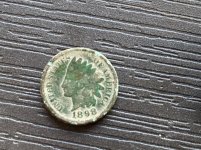 Old maps don’t even show a house within a half a mile of this location in the 1800s so hard to say how it ended up there.

Nice lighter, some clad, couple brass pieces (a snuffer, or bell piece) and what looks like a costume jewelry piece...maybe not. Has some stones set but can’t tell. Might have to do some tests. 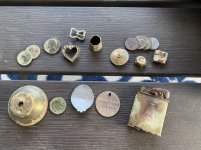 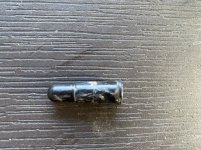 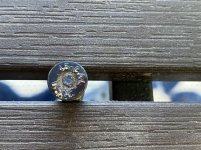 WVExplorer: is the bullet all metal, or how did you find it?
OP

Tuberale said:
WVExplorer: is the bullet all metal, or how did you find it?
Click to expand...

It’s actually all plastic. It was in a hole with a bottle cap. I love finding non metal objects (Like marbles) while metal detecting. I saw it before the cap and thought it was the target but the pin pointer wasn’t going off. It was odd until I realized it was plastic.

The silver medal was made by:

Very cool Silver pendent. That will be a great addition to your collection. Congrats!

CRUSADER said:
The silver medal was made by:

Thanks Crusader. Odd how it ended up here in the states. Maybe something brought back from one of the World Wars

Congratulations on the productive hunting. It does make your mind wonder about how things ended up where they do.

Nice Indian I love the pendant thats really cool those kinds of finds are my favorite Keep rippin my friend.......Tommy

That pendant is a very nice find. I like that Indian also.