Who Can Identify Two Old Ships?

I bought two old original paintings of ships for a lousy $2 each.

Both paintings signed by British artist, J Clark. C1890s
I'm trying to identify the type of ships. I think painting #1 has 2 schooners and displays a US flag an. Photos: https://flic.kr/s/aHsmVDr84h 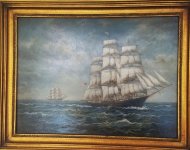 Painting #2 appears to have 3 flags - US, Israel? and one more. I think this a steamer? Photos: https://flic.kr/s/aHsmVDr84h

Thx for your help!

Can you please post the photos in the forum?

Most of here won't click on random links in posts.
Upvote 0

The steamer seems to be flying the British Red Ensign at the stern - Blue and white perhaps a company flag as Israel adopted their flag in 1948.

US Flag - flown as a courtesy? Not totally up on flag etiquette.

Way cool - thanks for sharing!
Upvote 0

Neither is armed, so we'll go with merchant vessels.

The first one looks more like a tea clipper. Rigged all wrong for a schooner - they have fore& aft sails. Not square rigged with yards. Iwill guess it's the "Flying Cloud". Four headsails, three masts, five yards on each mast. US flagged.

PS - even better. The Flying Cloud had a then famous close race with the Hornet in 1853. Currier & Ives made this print. 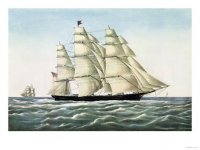 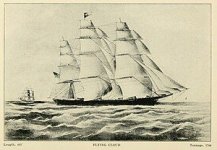 Your steam-ship wouldn't be flying the flag of Israel. That only dates to 1948. And the US flag is the largest so we'll go with it also being a US vessel.
Last edited: May 14, 2021
Upvote 0
OP
V

from your flicker link,the usa flag has 20 stars,so not sure why artist chose that flag 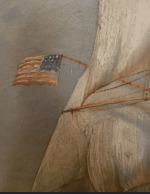 I'd call it a clipper vessel with that 4-5-4 arrangement of sails.
Similar to this one: https://en.wikipedia.org/wiki/Clipper
Don.......
Upvote 0

The flag you are referring to as an Israeli flag. Could the "I am going to send a message by semaphore" flag, see below image.

Semaphore, is when they send messages with flags. So by hoisting this flag, they're informing another ship that they will be signaling. When signaling a sailor would send a message by wave flags, later this would be replaced by the signal lamp.

It could be the Bell Bros & Co (Steamship/Merchant ship company) flag.

A company or message flag would make sense, as this flag appears to be smaller than the US flag. 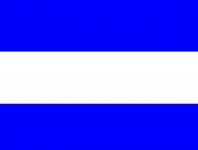 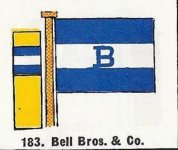 Not a recognized signal flag - but it could be the national flag of either El Salvador or Nicaragua. 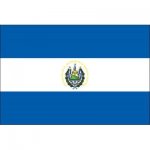 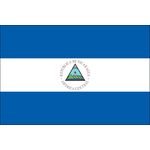 In fact, the S.S. Nicaragua looks like it may be a match(?). Life-boats gone as it was abandoned and left to drift in 1912. 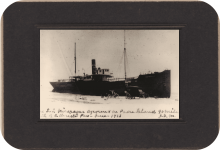 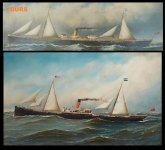