The so called Oak Island 'reality' show has turned into a boardwalk barker, drag it out as
long as possible, bogus adventure that will produce nothing at the so called target depths
being touted. That's because there is nothing there to find. I now believe the whole story is
based on untruths to get more investor dollars from suckers who thought they would find some
massive treasure. I don't fault Marty and Rick for wanting to believe the stories that led
them to their quest but IMHO the whole original background on Oak Island has just been salted
by hucksters looking for investor money to continue their projects. Perhaps the only
exception to this would be the two true believers who spent a lifetime on the island and
lived there. Sure they never gave up but there's nothing at 150 feet plus. It's just
poppycock!

The weaving this yarn about the Templars will not make a single difference in what they find
because there is nothing to find at these depths. Now Rick is making comments like the maybe
the true treasure of Oak Island is knowledge. Sure! Maybe there is a tooth fairy and a Santa
Claus too.

There may be still a pirate's chest or two on oak Island. They will not be found with silly
cams that drill down to ridiculous depths below the ground. They will be found with something
like this - a depth multiplier metal detector capable of detecting objects at 6' the size of
a basketball. There are used to find things like underground oil tanks etc.
Garrett makes one. You have approx. 140 acres to cover. Better start looking much closer to
the surface and stop insisting the Holy Grail, the Ark of the Covenant, Shakespeare's books,
and all variety of other fantastic treasures are waiting at depths of +150' in the Money Pit.

There is no Chappell vault - stop pretending this is fact because it is not. It is hearsay.
Just like all the people that think they are a hair's breath away from deciphering the Beale
Code, finding the Dutchman's mine, or hell even the Lost City of Eldorado!

The only theory that has not been spun by this 'reality' show is that aliens in a UFO built
whatever lies below the Money Pit. Perhaps they buried a UFO! Right and I don't believe any
of it!

You want to find any pirate's chests left on Oak Island? Get yourself a depth multiplier metal detector
or something similar by a legitimate metal detecting outfit. Then start to grid the entire
island.

If 11 spots on the island were determined to have been dug and recovered - odds are at least
one more chest exists. Of course, that is unless this has already been done by people using
equipment like Gary Clayton, who knows what he's doing with a metal detector - and we're
never been told about it.

So this is my latest thoughts on the Oak Island Money Pit. I'm sure that others have already
said similar. I'm tired of watching filler on the show and feel the signs are all there that
this is going nowhere. Craig Tester bowing out is one of those signs. The constant gibberish
about Knights Templar is the final death knell for me. There just isn't anything in the Money
Pit but a lot of false speculation by dreamers who refuse to accept the obvious reality.

Whatever was there was removed a long time ago. That's my firm belief now and I'm sticking to
it.

Check out Youtube - search Oak island. One guy ran a drone over Oak Island last summer 2017
and saw no activity going on at all. Perhaps the 'hunt' is really over and all we are seeing is film
footage cut in the past?

Simon1 said:
The Curse of Oak Island has not yet made any reference to UFO's or aliens, but the History Channels Ancient Alien show sure has made more than one reference to "Oak Island". Only the History Channel knows which route they are going to pursue, but I found it to much of a coincidence ? Nice tour by drone !
View attachment 1554164
Click to expand...

Maybe they are building up to “Aliens found on hoax island week”...
OP

hey I was just thumbing through a rare book on Oak Island and this picture fell out from the back pages. It's marked '30 feet below the stone lies 2 fully working UFOs'. Signed Lovejoy. 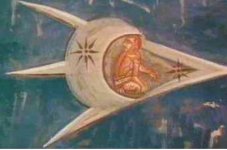 You never know, it was curious as to how and why they were starting to introduce Aliens into their sister program. Are they trying to spark interest from the Alien side into The Curse of Oak Island or are they trying to kill The Curse of Oak Island by now casting Aliens into the plot ? If so, then ratings go down and History Channel can exit Oak Island based on viewer ratings declining and appear to bow out gracefully ? Who knows what the end game is ?
OP

well I think they want to spin off a whole series on Knights Templars fact or fiction, and I've heard Marty say in last two episodes that he was approached by people looking for ships on the Great lakes. I suppose they could spin off into shipwrecks of lake Michigan. Pony up to the bar boys and get out your wallets!

This appears to already being done with their new show "Curse of Civil War Gold which has them searching the bottom of the Lake Michigan.

Ocean7 said:
well I think they want to spin off a whole series on Knights Templars fact or fiction, and I've heard Marty say in last two episodes that he was approached by people looking for ships on the Great lakes. I suppose they could spin off into shipwrecks of lake Michigan. Pony up to the bar boys and get out your wallets!
Click to expand...

Considering some of us have watched 5 seasons worth, maybe the History Channel should give us a percentage of anything they find. Without us the viewers, they would have no sponsors, without any sponsors there would be no show.

oh come on - think of the treasure! You could get in on the underground floor of what might be the investment of all times - like having early stock in Mel Fischer's Atocha project.
There could be gold like this - going, going, gone! L 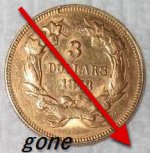 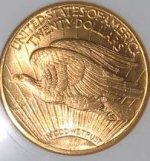 Ocean7 said:
well I think they want to spin off a whole series on Knights Templars fact or fiction, and I've heard Marty say in last two episodes that he was approached by people looking for ships on the Great lakes. I suppose they could spin off into shipwrecks of lake Michigan. Pony up to the bar boys and get out your wallets!
Click to expand...

History Channel did release a show on the templars a few weeks ago...Its called, "Knightfall". There was no mention of oak island....

yeah I saw them touting that and perhaps that's why they keep beating those Templar Knight drums. Gosh those guys were all over the place and remind me of that old series Swampfox. Hiding in the bushes, hiding in the glen - nobody knows where the Swampfox has been! Rolls eyes.
S

Maybe the cast can search the Bermuda Triangle for treasure chests and disappear there.
OP

Dud gif = OMG you have the final ending for the entire series! LOL

When people discuss "reality" and Civil War Ice Road Gold Loggers (or whatever show they're currently flogging) in the same sentence, I want to slap my head.

Some of the shows are scripted. Others are not, but the people behind the scenes guide the action. A few are probably allowed to play out naturally, and then the editors take over, leaving us with something that does not accurately reflect reality. In the case of "reality television," "reality" is largely a marketing term. It's entertainment. Don't get too wound up over it. Or do get wound up over it if you enjoy that, but remember that it's no different than getting wound up over professional wrestling.

That's truly salient and also a sad commentary as to whats available to view today......
S

It’s truly truly awful. Nothing but smut and lies and shows that have no meaning or for that matter HUMOR!
You must log in or register to reply here.

The Roadway as an Aid to Understanding