Was there a KGC influence in the Ozark mountains

I've been researching the idea of the KGC in the north central area of Arkansas. During the civil war this area was very remote. Not many people living here, Some of the Indians still lived here. I grew up exploring the bluffs, hollows, and woods. Found several strange things that where just curious to find. Later after I've got grown I've realized there's some thing to all the strange stuff. There's a lot of stories about all manner of people's that have been here. The Spanish, outlaws, and civil war soldiers are in most of the stories. I've found carvings that suggest a Spanish influence, then there's the carvings that are some thing else. I know some of the carving have been around over a hundred years because of the people that talked to me about finding them when they where young. What I've read of the KGC they hunted out the Spanish stashes and moved them to different locations. They used a different system of symbols to mark it. I would like to find out if there was any symbols or methods that where common to the KGC.
OP
O 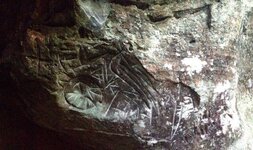 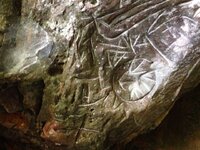 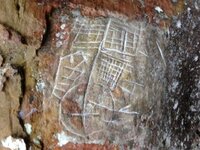 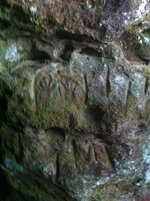 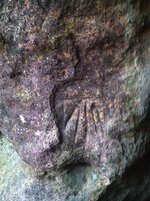 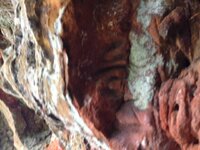 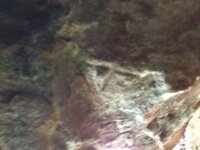 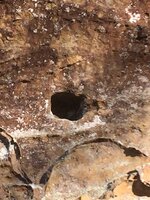 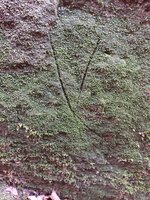 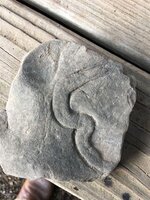 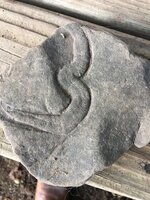 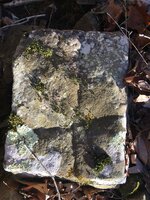 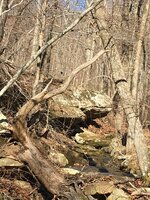 I've been wondering the same things orange man. I've started researching myself, but I'm pretty much just starting out. I believe that there was definitely activity from them around my parts of the ozarks. Missouri side. I live about 11 miles north of the arkansas border. I don't say a lot about it because people think we're nuts. Lots of activity here from outlaws, bushwackers, and such. Stand Watie and his Indians did several raids in the area. He's been associated with Albert Pike in a lot of books I've read. Jo Shelby came through our area a lot also. They could escape into Indian territory quickly. But yes I've seen signs too, but not as good as some of yours, those are some good ones.
R

BOTH Stand Watie & Jo Shelby were KGC, according to my R & I... Stand Watie was also 32nd Degree of Scottish Rite, I think.
R

They had "connections" with Albert Pike & later Jesse James...

OVER-ALL, a BIRD shape... go in the direction, the bird is looking.
R

OAK is another that I'm interested in and know very little about.
R

Order of American Knights...? Come to the CORRECT place! Heh...

That looks like a "3" if so where ever you found it. It was telling you to go East or West or left or right.
OP
O

That is a snake it's a good carving that the camera can't show.

orangeman said:
That is a snake it's a good carving that the camera can't show.
Click to expand...

Do you have the other piece with the rest of the snake. Be very careful looking around for this treasure. It is real and there should be death traps in the area. On that stone it has "GOLD" in at least two locations along with other things which I can not read and the dollar amount looks like $88,180,800.

Rebel - KGC said:
BOTH Stand Watie & Jo Shelby were KGC, according to my R & I... Stand Watie was also 32nd Degree of Scottish Rite, I think.
Click to expand...

A lot has been said about Stand, but if you want to see the iron fist of the K.G.C. in action look at the capture of his brother and who captured him and why.

Rebel & franklin y'all are on the right track. It could very well be bends in the river or a number 3.
You must log in or register to reply here.