This is what I'm dealing with for a week

Looks good to me JVA!
Except for being drier than a popcorn fart...

releventchair said:
Looks good to me JVA!
Except for being drier than a popcorn fart...
Click to expand...

Was popular to cut a V.W. Bug off just in front of the trans axel and weld a motor bike frame on cut to fit it.
Or build a frame to attach.
I donated some bike parts to a former co-workers build.
A cool ride. He rode it a long ways to work for a while.
An old gal bumped his pully guard at a grocery store one day.
He looked at it and only spotted a little dent in the guard.
Waved her off. Only to find she had bumped the shaft the pully was on and no more vroom vroom...

A couple days ago one went by on the road going the other direction that the builder left the body from the transaxel back on with the rear window removed.
Fun.
But so were those Bugs on the road.
A friend paid 30 or 60 dollars for one.
Interior angel hair carpeted. Hooie!
We rigged some bindertwine or something on the throttle one day when something broke.
Push starting those was a breeze. A banker neighbors wife had one with a bad battery us kids push started for quite a while. Cheap guy!

A sister drove one a long time until a boyfriend totaled it.

No rust, that's a bonus
Then again no salt on the dry popcorn fart.
O

smack dab in the heart of texas

JVA5th said:
This is what I'm dealing with for a week
Click to expand...

old texan said:
some of my best md ing finds have been in the middle of nowhere when i least expected it
Click to expand...

What a treat!
I was just taking the ladyfriend out for a snack type lunch. Half an order of onion rings or something at a place that turns out great food in generous (plan on taking home a serving of most orders after you're full) portions.

Wicked blade, Sheffield England. Heavy, thick yes needs cleaned/polished. I have burl copper turquoise composite for a possible handle. Might be a little much! May need to use Bone or stag. 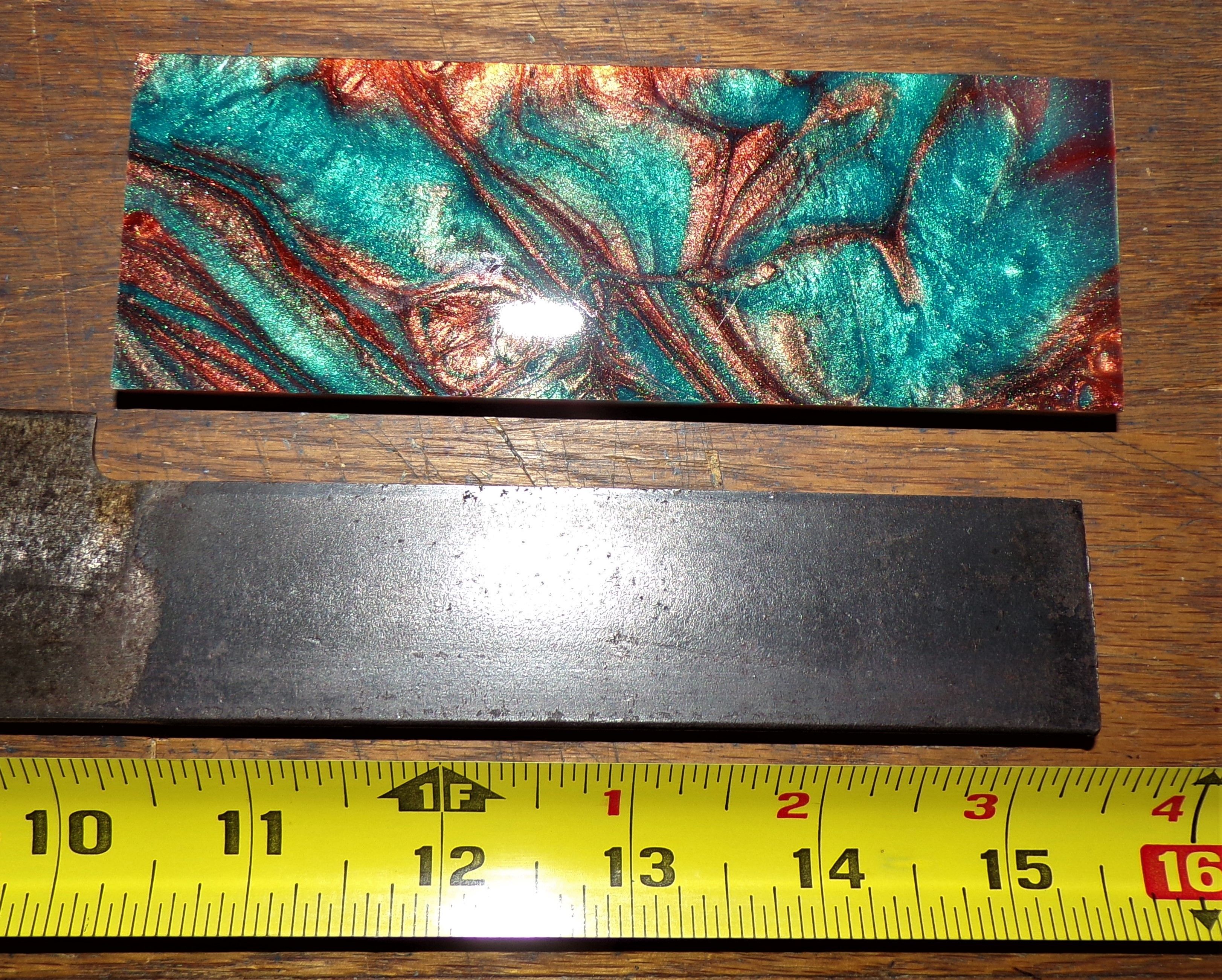 Mornin all, y’all have a great one!

Morning Bart-You need a back up always.
Have a good sleep

Bamasteve said:
Mornin all, y’all have a great one!
Click to expand...

Mornin Pepper smooth sailing into the weekend.
You must log in or register to reply here.